The 28th edition of  Palm Springs ShortFest  International Film Festival will open on June 21st with in-person screenings at the Camelot Theatres (Palm Springs Cultural Center) and concludes on June 27th with screening of Best of Fest. Films will also be available to watch virtually July 1-10,2022.

To learn more about the 2022 ShrtFest and MOZAIK Bridging The Borders Award we had a conversation with Sudeep Sharma, ShortFest Interim Artistic Director:

Cinema Without Borders’ jury members to decide the 2022 winner of the MOZAIK Bridging The Borders Award are:

Arameh Etemadi
Arameh Etemadi is a television producer, documentary director, journalist and film critic. She recognized as a film critic for Iranian Film Magazine since 2007 and known for her articles and film critics since then.
She won the award of the best art interviewer Iranian Society of Film Critics and Writers (ISFCW) in 2014.
Arameh Etemadi is currently a film critic for the Film-e Emrooz Magazine and has written for a variety of publications including Chelcheragh, Hamshahri Javan, Shargh Newspaper, Tehran-e Emrooz and 24 monthly magazine.
She was born and grew up in Tehran where she started her professional career as a journalist and a film critic for Hamshahri and NaghshAfarinan in 2004.
She has studied Social Communication Science and graduated master degree of Journalism.
Arameh Etemadi is also a writer, director and Live TV show producer. She directed a documentary about the life and works of “Mohamadreza Lotfi” in 2015.
She was a Co-Founder and Artistic Director of Sheed Film Festival located in Dallas, TX in 2016 and 2017. 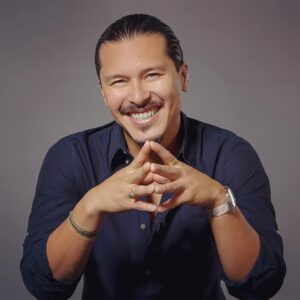 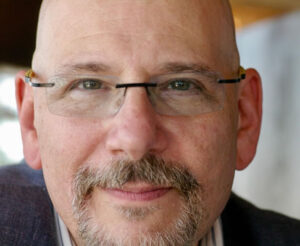 Matt Ferro
Matt Ferro is a film and television director, writer and producer, as well as producer of some of the most memorable Hollywood blockbuster visual effects and animation. From his early producing team days on the independent film scenes in NY and Los Angeles (such as Nicholas Cage – starrer Vampire’s Kiss and The Nosferatu Diaries with Alyssa Milano and Jennifer Tilly) to producing the visual effects for such blockbuster films as The Matrix, Face-Off, The X-Files, Titanic and Alien: Resurrection, and helming the development of the creative and technical pipelines for Happy Feet, Matt has been at the forefront of modern motion picture storytelling and at the center of two Academy Award-winning effects and animation undertakings.

Matt’s recent producing credits include the feature documentary What Will Become of Us?, the story of Sir Frank Lowy, founder of the Westfield Shopping Center empire and most financially successful holocaust survivor, at a critical turning point in his life.

Rachel O’Meara
Rachel O’Meara has been a working actor across film, TV and theatre for over 20 years, and is a graduate of London’s Academy of Live and Recorded Arts (ALRA). Prior to that, she worked in media with the Saatchi Group in London, and in Dubai, also spending years working in Germany, France, Brunei, Nepal and Hong Kong, all together giving her a significant first-hand insight to international cinema. She attends as many different film festivals as she can. Rachel’s selected screen credits include the upcoming “Hyperions” (Cary Elwes), “Mechanic: Resurrection” (Jason Statham, Tommy Lee Jones / Lionsgate),
“Day Of The Dead:Bloodline” (Millennium Films),“Training Day” (Bill Paxton / CBS), “Spotless” (Denis Menochet / NETFLIX), “War Inc.” (John Cusack, Marisa Tomei / Millennium Films), “The Experiment” (Adrien Brody, Forest Whitaker), “Until Death” (JC Van Damme), in addition to many more indie films and TV series 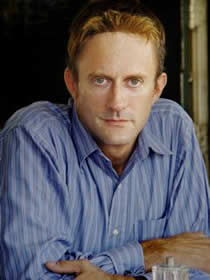 James Ulmer
A contributing writer for The New York Times as well as Cinema Without Borders’ international editor, Ulmer’s 30-year journalistic career has included serving eight years as international editor and columnist for The Hollywood Reporter, as well as writing for The New York Times, The Los Angeles Times, Variety and The Observer in London.

He is the author of James Ulmer‘s Hollywood Hot List — The Complete Guide to Star Ranking, published by St. Martin’s Press, and the founder of the entertainment database company The Ulmer Scale. Most recently he served as Jury President of the Central European Film Festival, and as well on the competition juries of the Cairo and Madrid international film festivals. On television, he has appeared frequently on “Entertainment Tonight,” “CBS This Morning,” “CNN Showbiz Today,” Voice of America, among many. As a filmmaker, he directed the short documentary Remembering Paradiso with the participation of Oscar-winning director of Cinema Paradiso, Giuseppe Tornatore, as well as the documentary Lost Property for the BBC.

Ulmer now resides with his life partner in both Prague and Castelfidardo, Italy, where he hosts occasional public film screenings on the cobblestone street in front of his house.

Nominees for 2022 MOZAIK Bridging The Borders:

AyoNene (France) by Daouda Diakhaté
Alassane, a 30-year-old French Senegalese man, lives alone with his 9-year-old son, Yanis, in a shabby studio in the suburbs of Bordeaux. Unemployed, Alassane does his best to keep his small family together. The day a juvenile court judge decides to place Yanis in a foster home, Alassane takes every risk to keep his son with him.

Berry Pickers (Sweden/USA) by Agnes Skonare Karlsson
Two Thai brothers’ plan to secure a brighter future for themselves back home by working in the berry-picking industry, they hit a snag when an unexpected heat wave results in no berries to pick.

Breakpoint (France) by Nicolas Panay
Odile—a textile worker—and her colleagues are forced to evaluate Tunisian young women for a week at their workplace. Playing a zero sum game for jobs they all need, there is no good solution, but Odile strives to make the right choice.

Coming Home (USA/UK) by Naim Naif, Margot Bowman
Freedom Dabka Group, a collective of Palestinian-American dancers living in Bay Ridge, use Dabka as a way to connect to their community and homeland.

Don’t Get too Comfortable (Qatar/USA/Netherlands) by Shaima Al Tamimi
Constructed as a heartfelt introspective letter to the filmmaker’s deceased grandfather, the film questions the continuous pattern of movement among Yemenis in diaspora.

The Feeling Of Being Close to You (Singapore/USA) by Ash Goh Hua
Now separated by thousands of miles, mother and daughter try to heal their rift as they talk openly about their past, present, and future.

Freedom Swimmer (Australia/France/UK/Hong Kong) by Olivia Martin-McGuire
This hybrid, poetic documentary, interweaving hand-drawn animation and film, tells the tale of a grandfather’s perilous swim from China to Hong Kong during the Cultural Revolution while creating a parallel with his granddaughter’s participation in mass protests now.

Ice Cream. Sladoled (USA/Serbia/Argentina) by Steve Spremo
On a sweltering Chicago day, a trip to buy ice cream triggers a series of absurd misadventures for Rade, a recent Serbian immigrant.

Motherland (South Korea/USA) by Christina Yoon
Leah, a Korean adoptee raised in America, returns to Korea to search for her birth mother and origins. Despite the obstacles, she soon learns of the complicated, painful history of her family. She must search to the end to find the truth.

Nights and Days in America (USA) by Louise Zhang
A day like any other for Jennifer, a 17-year-old Chinese girl attending a boarding school in New York, takes a turn when she receives the news of her grandfather’s death.

Rest in Piece (Germany/France) by Antoine Antabi
Midyan is on the run from his war-torn country. His unbearable hunger forces him to start eating his beloved possessions. The side effects are monstrous but keep him going.

Some Still Search (USA) by Nesaru Tchaas
A sweet 5-year-old boy is suddenly thrust into the care of strangers when his undocumented mother is unexpectedly detained by ICE.