Neda Nobari, Founder and CEO of Neda Nobari Foundation, and Bijan Tehrani, Editor in Chief of Cinema Without Borders presented the award on behalf of other Bridging The Borders Award jury members.

“The Insult represents what is best in socially aware and humanitarian filmmaking. It takes a complex local Lebanese conflict and universalizes the tensions, pain and the awful dilemmas faced by the people caught up in the brutal reality of a world affected by wars.
Through powerful storytelling, The Insult demonstrates the complexity of social and economic consequences of political conflicts as the root cause of forced migration and displacement.

Through the personal story of two men, Tony the Christian Lebanese and Yasser the Palestinian refugee and their dispute, the film portrays the common human experience of violence, prejudice and the deep history that complicates the narrative.

By understanding such complexities, we are forced to reconsider our prejudices and values and develop compassion for both sides.

Through the tense court scenes, sources of anger, resentment, guilt and grievances on both sides of the conflict are revealed, making it nearly impossible for the audience to rely on a binary conclusion.
The Insult successfully exhibits the nature of humanity in its need for revenge as a coping mechanism, and how even simple insults can become the source of escalated conflicts, spiraling situations out of control and even resulting in wars.

In a political climate where millions of people are displaced from their homeland due to war and circumstances beyond their control, the impact on host communities are causing social and economic prejudices and even racism around the globe.

The Insult forces us to question our assumptions and beliefs about immigrants, to acknowledge the multiplicity of different sides to a story and that blame is never as simple a solution as it may seem.
Who is the victim and who is the perpetrator? We come to realize that we are all victims of historical trauma, with the only hope for our peaceful coexistence lying in our mutual compassion, understanding, tolerance and forgiveness of one another.

The Insult by director Ziad Doueiri perfectly embodies what the award is supposed to be about – “bridging and connecting the people of our world closer together.”
After announcing the award an award acceptance video speech was screened at the award ceremony:

Cinema Without Borders’ jury members for 2018  HP Bridging The Borders Award were:

Sylvie Bolioli
Sylvie Bolioli has worked in the entertainment industry for many years, practising her skills in various disciplines.
She made her screen directing debuts in advertising, with TV commercials for Mexican television. She had previously written, directed and produced a series of radio commercials for a number of brands including Pepsi Cola.
Her short film GAS, based on a Hitchcock story written in 1919 and never brought to the screen before, starring Tony Hadley (Spandau Ballet), received extensive international coverage from the press, including a news piece on ITN, articles in The Hollywood Reporter, in the BAFTA magazine,… and a mention in Hitchcock’s latest biography written by Quentin Falk.
‘LAW & DISORDER: the Insanity Defense’, a documentary about the criminal responsibility of the mentally ill is her first feature film. Her most notable work however is an ident for the Oslo World Cinema Foundation in which she directed Martin Scorsese.

Her acting career began as a child with ‘Le Jeune Theatre du Soleil’ in France. After studying at RADA Sylvie appeared in commercials on Mexican and European television. Her credits also include playing Sister Françoise for NBC Universal TV series ‘You, Me and the Apocalypse. She recently played Rose Montefiore in the British independent movie ‘Leave Now’. Sylvie is the Founder and Director of the Ramsgate International Film Festival, of which Brenda Blethyn is the 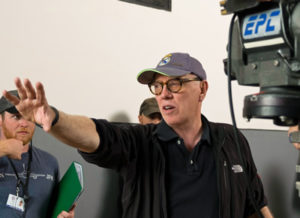 Terry George
Academy Award-winning screenwriter-director TERRY GEORGE earned BAFTA and Oscar nominations for writing In the Name of the Father with Jim Sheridan. He also received BAFTA and Academy Award nominations for his screenplay Hotel Rwanda, which he also directed. He won the Academy Award for Best Short Film, The Shore, sharing the honor with his daughter Oorlagh.
George made his feature directorial debut from his own script entitled Some Mother’s Son, starring Helen Mirren and Fiona Flannigan. He also wrote screenplays for Jim Sheridan’s The Boxer and the Bruce Willis vehicle Hart’s War before writing and directing Hotel Rwanda, which earned Oscar nominations for stars Don Cheadle and Sophie Okonedo, in addition to Best Original Screenplay for George. 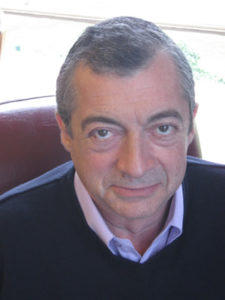 Philippe Mora
Philippe Mora is an acclaimed French Australian writer, director, producer and artist. He has made over forty films internationally in many genres including documentaries, dramas, experimental, science fiction and historical films. These include BROTHER CAN YOU SPARE A DIME, SWASTIKA, RETURN OF CAPTAIN INVINCIBLE, COMMUNION, BEAST WITHIN, GERMAN SONS, and DEATH OF A SOLDIER. Born in Paris in 1949, he grew up in Melbourne, where he was a pioneer of the modern Australian film industry with MAD DOG MORGAN. He started the magazine Cinema Papers.

His parents, Georges and Mirka Mora, were key figures in the Modernist art world of Australia. His godfather was mime Marcel Marceau. He had a retrospective of his art work showing in London at England & Co.
Gallery in 2008. New Horizons Film Festival, Wroclaw, Poland, held a 7 film retrospective in 2010. Oldenburg Film Festival held a retrospective in 2014. He is a member of the Directors Guild of America and the Academy of Motion Picture Arts and Sciences. His art and films are represented in museums and archives internationally, and the National Archives of the United States has established the Philippe Mora Collection. The National Film Archives of Australia has an extensive collection of his work. He is currently completing features DAY AND SUNLIGHT and STRANGE MATTERS.

Chale Nafus
Born in Dallas during World War II, Chale Nafus attended public schools, spent summers on his sister’s ranch in Comanche County in the 1950s, learned Spanish from schoolmates, and dreamed of getting out of Dallas. After getting through freshman year at SMU, he worked at Texas Instruments before realizing he really needed a college education. After attending the University of Texas at Arlington (B.A., English), La Universidad Autónoma de México, and UT Austin (M.A., English/RTF), he began a long college teaching career at Texas Southmost College (Brownsville), La Universidad de Puerto Rico at Mayaguez, Borough of Manhattan Community College, Kingsborough Community College (Brooklyn), and finally Austin Community College (1973-1998). At the latter, he founded the Department of Radio-TV-Film, taught classes in film studies, and for seven years served as Chair of Humanities (Northridge Campus). Retiring in 1998, Chale spent 4 years traveling and writing before joining the staff of Austin Film Society as Director of Programming (2002-2015). He is now totally retired and happily serving on the boards of Austin Film Society and OUTsider Fest as well as the advisory committees of IndieMeme (South Asian film organization) and Cine Las Americas. 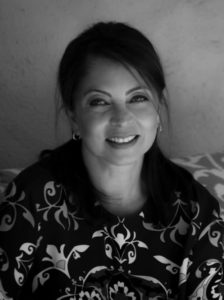 Neda Nobari
Neda Nobari is a community activist and founder of the Neda Nobari Foundation, a decade-old private foundation that advocates for social justice through the arts and education. Social Impact Cinema is one of the five tightly related focused areas of the foundation, seeking to capture critical, complex narratives reflecting societal problems and essential global struggles of our time through the power of storytelling, serving to catalyze personal and community action in the spirit of engaged civic activism and bringing a renewed meaning to democracies driven by people power.

Before launching her career in community service, Nobari was the Vice Chair and founding member of Bebe Stores, Inc. for 22 years. Nobari is a graduate of San Francisco State University (B.S. Computer Science ‘84) and Dartmouth (M.A. Liberal Studies, ‘15.) Her graduate research at Dartmouth focused on the intersection of diaspora and cultural identity of Iranian-American women.

For the tenth anniversary of Cinema Without Borders, Bijan has received Ambassador of International Cinema Award from South east European Film Festival, Friend of the Festival Award from Polish Film Festival, LA and Gateway to International Cinema Award from Hungarian Film festival.
Bijan Tehrani is recently working on a book of his memoire from Cinema in Iran and a docufiction based on 19th century photographs by Sevruguin, the Russian photographer. 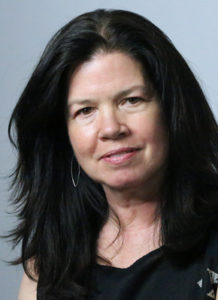 Pamela Yates
Pamela Yates (Writer, director, activist) was born and raised in the Appalachian coal-mining region of Pennsylvania but left at a young age to live New York City. She is a Guggenheim Fellow, the Director of the Sundance Award winning “When the Mountains Tremble”, the Producer of the Emmy Award winning “Loss of Innocence,” and the Executive Producer of the Academy Award winning “Witness to War.” She most recently directed the film “Granito: How to Nail a Dictator”,” which served as key evidence in the Ríos Montt genocide trial in Guatemala. Previously Yates directed, “The Reckoning: The Battle for the International Criminal Court,” a feature-length film and educational initiative and “State of Fear”, a feature-length documentary that tells the epic story of Peru’s 20-year war on terror based on the findings of the Peruvian Truth and Reconciliation Commission. Pamela is a co-founder and partner of Skylight Pictures, a company committed to producing artistic, challenging and socially relevant independent media and media strategies on issues of human rights and the quest for justice.

The Insult
Director: Ziad Doueiri (Lebanon/France/Belgium/Cyprus/US)
What should have been a trivial altercation, quickly settled and forgotten, instead propels two men to the center of a politically charged scandal in Lebanon—one that reopens historical and political wounds on both sides.

When Yasser, a Palestinian refugee and building foreman, and Tony, a Christian nationalist and auto mechanic, go head to head after a misunderstanding involving a drainpipe on Tony’s balcony, Yasser utters an insult Tony cannot forgive. The events immediately following result in the two stubborn men facing off in court where, fueled by the media and a famous right-wing Christian lawyer, old wounds and unresolved tension threaten to divide a nation.

With superb performances by Adel Karam and Kamel El Basha, director Ziad Doueiri’s newest offering is a fast-paced, timely and smart film that interjects humor into a very real debate that, though set in Beirut, will be all too recognizable to American audiences.