You are at:Home»Other Arts»Hitchcock, Pepperoni Pizza and Strawberry Ice Cream

Javad is dead. He passionately loved Hitchcock, Mango and strawberry ice cream. Javad lived his abridged life through other people. This should explain his unending appetite for watching movies and counting other people’s money. He was a bank clerk, an Iranian communist wannabe that ended up as a Bank of America employee! I am sure Lenin would not have called him a “comrade”. 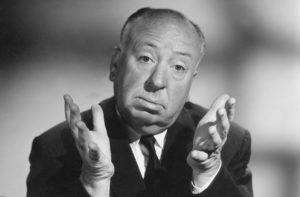 Javad was a shadow. He will not be remembered by anybody. He never suffered from what others call disaster or pain. When he discovered his wife’s farewell letter, in which she explained that she was dumping him for a blind Japanese businessman, he just ordered a pepperoni pizza with extra cheese and went on to watch North By Northwest on television. His only complaint about the incident was the disappearance of the TV remote control. Honestly, he was relieved because Mahin, his wife, hated Hitchcock and pepperoni pizza. She hated all the movies and all the books Javad liked.

Mahin told everyone that Javad “can not pull his pants up” which means he is a good-for-nothing. I don’t believe 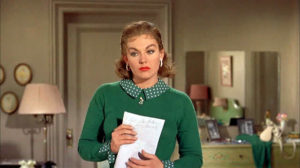 they ever made love to each other. Javad believed he could only make love to the women who looked like Kim Novak from behind. Mahin was definitely not shaped like Kim Novak (front or back) and she in turn called Javad and Alfred Hitchcock “gays”. In Farsi this is a great insult.

Javad was the only son of Raffat, a retired Iranian army sergeant who like most people in his rank loved poetry and opium. He spent his life yelling and screaming at his wife Razieh and poor Javad. Raffat used to continue humiliating them for hours by putting his head out of the window and calling them parasites, spongers and streetwalkers. Suddenly he would feel bad and change his mood to crying and begging for their forgiveness.

Javad’s mother, a shadow with a low voice and no say in her son’s life, was ready for peace at any time. Javad however would be out running in the streets crying and humming a melody from Sangam, an Indian movie that was a big box office hit in Iran. Most Iranians have cried at least once in their lifetime watching an Indian movie. That is why sales of Kleenex were so high in fifties’ and sixties’ Iran. (We used to call any new product by the first brand that appeared in Iran, so all brands of paper napkins were called Kleenex and all the laundry detergents, FOB).

Javad was not even safe in the streets. Street kids, who were the only kind of kids we had in Iran back then, were running after Javad and calling him “Javad the Eggplant”. Adults who needed attention pretended they hated something like a particular dish, a fruit or a vegetable. You should not ever mention that item in front of them because, if you did, it was the custom that they should chase you. Raffat had decided to hate eggplants so adults would tease him by mentioning eggplants every now and then. The street kids transferred this to Javad.

Javad had a crush on Mahnaz, a ten-year-old beauty who according to Javad looked exactly like Jane, Tarzan’s girlfriend. Not being lucky enough to see any Tarzan movies, I wondered how Tarzan could stand a girl with two tons of booger hanging from her nose and who cried over anything and at all times.

Mahnaz lived with her mother who was one of the two wives of Major Ahmadi. Major was a fat, ugly man who spent three nights a week with Mahnaz’s mother (nobody ever learned her name) and three nights with his other wife. He called the seventh night, Friday night, a vacation and spent those nights drinking in cheep cabarets till morning.
Major hated Raffat and called him a traitor to the motherland for leaving the army in order to have “more time to use opium”. Whenever he passed by Raffat’s house, he would change his footsteps into a march with long and heavy steps. Raffat in turn hid behind a window and accompanied Major’s march with fart-sounding noises coming out of his mouth.
At this stage, Major was screaming that one day he would send Raffat to face the firing squad. Now Raffat was putting his head out the window and calling Delkash a bitch! Those days Iran had two famous women singers, Marzieh and Delkash. The nation was divided over which to love more!

Major had forbidden Javad from passing by his side of the street. However, this curfew was in effect for three days a week only! During those three days, when Major Ahmadi was with Mahnaz’s mother, Javad had to guard their house to stop the kids who were bribed by Major to paint eggplants and write anti-Marzieh slogans on the walls. Both Raffat and major were sitting by the radio impatiently waiting for the evening music program that was either playing Delkash or Marzieh songs. The winner of that lottery would raise the volume of his radio to its highest level to torture his enemy.

Delkash with her strong, loud voice was known as the Maria Callas of Iran. Ahamdi called her the “Major in the Army of Music”. On the other hand Raffat believed her voice spoiled opium’s mellow and romantic mood and made you crash to the ground of reality, while Marzieh’s delicate voice carried you higher than the clouds and gave cheep opium the effects of Majlesi Opium (not a brand, but it refers to high opium’s quality!)

The ten days of religious mourning were the best time of the year for Javad. Both Major Ahmadi and Raffat joined to create a united front against the local mosque on those ten days. The mosque used to play mourning songs from its two loudspeakers on its twin minarets all day long. That was the only time both men visited each other to plan their plot to silence the mosque.

Javad used those opportunities to go along with his father hoping to meet Mahnaz. However, Javad did not dare to talk to Mahnaz. He did not know what to say that would not make her scream or cry. Therefore, he joined the throng of other lovers of his age group by writing love letters to his beloved Mahnaz. All the kids copied La Martin translations in their love letters and so most looked the same. In those years, it was enough to just “see” the one you loved once a month; the rest of the time you would spend writing love letters, singing Indian songs and crying.

However, Javad loved movies a lot more than he loved Mahnaz. Until the age of eighteen when he saw his first Hitchcock movie, he was picking up the characters of the movies he saw every week. His never-ending problem was raising the tickets money. His weekly pocket money was five Rials, but the cheapest movie ticket was six. And who could resist the temptation for a Mortadela sandwich and a Coke?

* Above is the first chapter of a story in progress. When I named this story after my dearest friend “Javad”, he was still alive and I always wanted him to read this. Unfortunately, Javad Mirmiran, an Iranian actor and film maker passed away before we publish this story in Cinema Without Borders. His hearth was blamed for his death, but may be he was too good to take the humiliations of our time.