You are at:Home»Other Arts»YERMA, Lorca’s play on stage in Tehran, a review

Despite daily anomalies of life in Tehran metropolis, every night there about two hundred theater performances around the city. It is unbelievable that most of the old historic homes have been rebuilt into close to standard theater halls… and of course an attractive coffee shop helps to have these theaters packed with audiences and young generation that helps to booming the soul of this art.

When I look around I don’t see that many people of my age, even for having a good time what could be better than watching a good play.
*** 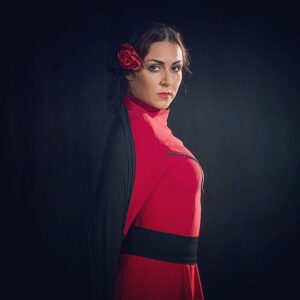 “Yerma, a Concert/Play”
Patiently I rush to watch a play by the great playwright and poet “Federico Garcia Lorca”
Before the show starts a band plays themes from Gypsy Kings’ songs.

Yerma is a very beautiful young woman and has married to a man that is not able to have a child. Woman’s has burning desire of becoming a mother. I could see Perplexity and sadness in her act. Man spends most of his time out of the house and the woman is alone and even doesn’t have the permission of leaving home. The wonderful performance of Shiva Ebrahimi as Yerma emotionally affects you that believe in her pain and suffering.

In the opening act of the play, you see a dead body that comes to life from under a white blanket. And at the end you notice that is where the story ends, the death of Yerma.

The story attracts you and so is another tales of sexual harassment in another country, the country of matadors, flamingo and guitar.

With no doubt only “Shiva Ebrahimi” could have played Yerma , with the right figure and commanding voice on stage. She was the lead character and in the last nights of the performance the fact that she had lost her voice a bit, had helped to make her feelings more believable.

The harmony of the pro band with story was in such an amazing level that sometimes you could forget that you are watching a play. The performance of the supporting actors was good too. And I would like them all a great success.
*
Go on, the enthusiasts of watching good plays are more than you think!