You are at:Home»Conversations»Xavier Legrand talks about his latest film CUSTODY

Opening  on Friday July 13th in LA, Custody, a film by Xavier Legrand, is about a separated couple and their young child. Miriam and Antoine Besson have divorced, and Miriam is seeking sole custody of their son Julien to protect him from a father she claims is violent. Antoine pleads his case as a scorned dad and the appointed judge rules in favor of joint custody. A hostage to the escalating conflict between his parents, Julien is pushed to the edge to prevent the worst from happening.
Custody was screened at 2018 COLCOA  and Austin Film Society’s French Cinema Week 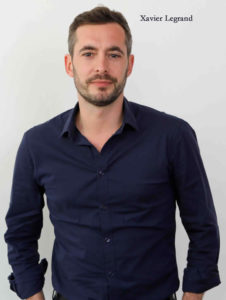 Xavier Legrand, director of Custody, was born in France in 1979. He studied drama at the National Conservatory of Paris. He performed for several directors in plays by Chekov, Shakespeare, Harold Pinter, Michel Vinaver and Peter Handke, and for Philippe Garrel, Laurent Jaoui, Benoit Cohen and Brigitte Sy for the screen. His first short as a director, “Just Before Losing Everything”, was selected in more than 100 festivals. The film was Oscar-nominated in 2014 and won several awards including four prizes at Clermont-Ferrand in 2013 and the 2014 César for Best Short Film.

The following id CWB’s interview with Xavier Legrand about making of Custody.

Bijan Tehrani: Custody to me is more than a film about the custody issue, it deals with social injustice forced upon women even in a country like France, is this what you had in mind making this film?
Xavier Legrand: Indeed, I didn’t just want to tell about the difficulty of divorcing and organizing a child’s new life without sparing him or her from conflict. It is a film that deals with broader themes. Not only does the film deal with violence against women, but above all with the patriarchal construction of the family on which our society was built. It approaches problems of possession, jealousy, revenge, power and honour : themes found in tragedy as well.

BT: There are very long scenes in the film, (like mother and child hiding in the bathtub to protect themselves from the violent husband & father) that helps to feel what the characters go through. But in the world of thriller movie making they use a lot of cuts and short shots to get to the climax of the scene. Please tell us about your choice of the style.
XL: The thriller genre was present from the beginning of writing. The stories that some women told me were really like thrillers. That is the essence of this kind of situation. Like I said before, fear is at the heart of domestic and family violence. It was delicate to introduce only one genre on this so difficult and painful subject. It had to be organic, so, make the thriller appear from the heart of the story and not formally impose it. That’s why I tried to reinvent the thriller, defining it as “the daily thriller”. By leaning on the sounds of reality and by evacuating any musical temptation which would have come to comment the situations and indicate to the spectator that the danger arrives or that such or such scene will become tense. Real time also allows the viewer to be completely immersed in the situation with the characters. Because the tension comes from the time that unfolds, that lasts, that listens to silence, that installs a particular climate, and not by an intensive editing, punctuated by music that punctuates the changes of images and shots. The seat belt alarm then becomes a true symbol. The characters do not need to express their feelings. The alarm speaks for them, and the spectator can live completely the situations with the characters.

BT: Did you had a personal experience or you know someone that has experienced what your characters go through?
XL: Neither of them. The film is really built on many testimonies that I had the chance to collect and based on very precise research.

BT: In portraying Antoine Besson character, you are not showing him as a devil and criminal person, but more as a man with a mental problem. Please tell us about development of the Antoine Besson character.
XL: Antoine is a very complex character with a DNA that can be found in many violent men. Antoine is not a monster but a man (husband and father) who has chosen violence. He chose violence to ensure his power over others. Immature, sickly jealous, unable to control himself, he tries and has always tried to control others. That is the strategy he chose to adopt. It imposes a relationship of domination by fear and terror. He is not able to take into account the emotions of his own little boy but on the contrary, he forces him to adapt to his emotions. He attacks everything, without respite, to the point of taking action by breaking the law in order to obtain personal satisfaction in contempt of the needs not only of another adult (his ex-wife) but also of his own child.

BT: How did you go about casting of your film?
XL: Most of the actors in the film are theatre actors. I knew some of them that I had already seen playing on stage. Others came to the project through Peretti’s casting director Youna. I really wanted to rebuild a family with family resemblances that work in the image. For example, the actress Florence Janas who plays Sylvia (Miriam’s sister, played by Lea Drucker) looks a lot like Lea. What I like about theatre actors is that they have a total awareness of the journey to be made, in each of the moments played but also in the totality and addition of each of these moments.

BT: How has been the reaction to Custody from families suffering from domestic violence?
XL: Many people who have experienced violence in the family have recognized certain situations or emotions experienced by the characters. But the film doesn’t trigger a return of the traumatic memory, but rather produces a cathartic effect. The majority of them are happy to see in pictures something they have never been able to talk about, something that has remained buried deep within them. Many said to me: « Well done ! Bravo ! But above all thank you so much for making a film about it like this”.