You are at:Home»CinéEqual»Working Man, a must see

Working Man is not only one of the best American films I have seen in recent years. An honest film that deals with an ordinary life of a middle aged man that all he knows from life is working for a factory, a tragic life that Hollywood never deals with. the simple, but well thought and beautiful structure of the Working Man reminds me the good Italian New Realist films.

I had the opportunity of speaking to Robert Jury, writer and director of the Working Man on camera (Bijan Tehrani):

Somewhere in the Rust Belt of America another factory is closing down. After decades on the job, the reclusive Allery Parkes finds himself out of work. Following his plant’s closure, Allery attempts to bide his time – same as his former, disgruntled, unemployed co-workers. However, despite the best efforts of his conciliatory wife Iola, a kept and loose-ended existence just doesn’t take for this withdrawn man. Haunted by his son’s suicide, Allery needs more than distraction. He needs a place of refuge.

A new morning presents a new opportunity. Allery gets dressed in his factory work clothes, he packs his lunch and, when asked by his perplexed wife where he’s off to, Allery responds, “I’m going to work.”

The story traces Allery as he routinely sneaks into the closed factory and begins spending his days in the comfort and confines of his old work place. At first, he does this alone, but in time he gains an unexpected – and initially unwelcome ally. Walter, a passionate former co-worker, turns on the electricity and turns up the volume in Allery’s previously secluded cocoon.

When word leaks about the two men’s activities, other former employees want in on the action. Joining Allery and Walter, the workers take occupancy at the factory and restart production in an effort to pressure their corporate bosses and to reopen the facility. As this master plan unfolds, Allery is suddenly thrust into a very unlikely and unfamiliar role of leadership.

For the first time in his life, Allery Parkes is the man in charge. However, when truths and revelations simmer to the surface, Allery’s new-found admiration by his co-workers, his unexpected allegiance with Walter, and his relationship with his wife Iola become challenged. Ultimately, this working man is forced to confront the very loss and pain he’s been working so hard to avoid. 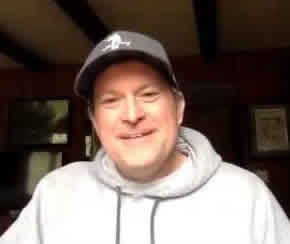 Robert Jury has written feature film screenplays for Fox 2000 Pictures, Twentieth Century Fox, and HBO Films. He was awarded an ABC/Disney Studios Writers Fellowship and was also selected for the Film Independent (FIND) Feature Screenwriters Lab as well as the FIND Feature Directors Lab in Los Angeles where he developed his script WORKING MAN. Earlier in his career, Jury worked in feature film development for production companies with deals at Touchstone Pictures and Warner Brothers. Raised on a farm in Iowa, he graduated from the University of Florida and worked television production jobs for ESPN, ABC Sports and Universal Studios Florida in Orlando. The independent feature film WORKING MAN is Jury’s first produced screenplay and marks his directorial debut.