You are at:Home»Conversations»When Pomegranates Howl, a conversation with Granaz Moussavi

When Pomegranates Howl written and directed by Granaz Moussavi tells a story of Hewad, a nine-year-old boy who lives on the streets in the capital of Afghanistan – Kabul. Following the loss of both his father and brother, Hewad decides to create a business by working as a cart pusher, which he enjoys doing every day. By working as such, and loading the carts with goods, he travels throughout Kabul in hope to raise enough money for his family. Hewad’s dream of becoming a movie star comes to live when he stumbles on an Australian photographer.

Here is our video interview with Granaz Moussavi about making of When Pomegranates Howl :

Granaz Moussavi was born in Tehran. She started writing professionally as a book review writer and literary critic at the age of 17.

Her first poems were published when she was almost 16 years old and since then, her poetry is translated and published in 9 languages while she has presented her poetry in various poetry festivals, seminars, and symposiums including the Paris festival, SOAS, Oxford, Maryland, and Stanford Universities, as well as Mondorf Symposium of Pluralism (Luxembourg 2009) , and Caravan of poetry through France (2004). 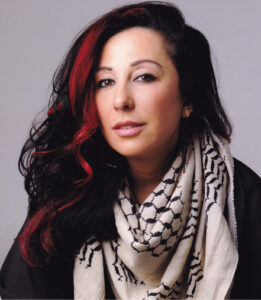 Her second book, “Barefoot Till Morning” was the winner of best poetry book of the year award in 2001 in Iran and is currently re-published its fourth edition. The Italian translation of her poetry won a prize for best translation in Italy in 2013 (Songs of the

Granaz studied drama in Tehran/Iran 1991-94 and continued her studies in Australia entering a BA course in Screen Studies in 1998; then finished an honors degree in Flinders University in 2002. She is a graduate from Postgraduate degree in film editing from Australian Film School (AFTRS) and in 2013 successfully completed a Doctorate in Film Studies and Filmmaking in University of Western Sydney with a thesis project on the aesthetics of poetic cinema.

Granaz’s debut feature film My Tehran For Sale won an Australian IF award for best independent film and was internationally premiered in Toronto film festival.