You are at:Home»Conversations»The Cuban, an interview with Sergio Navarretta & Shohreh Aghdashloo

To learn more about The Cuban we had an interview with Sergio Navarretta, The Cuban’s director:

In The Cuban, nineteen-year-old Mina Ayoub is a pre-med student who has given up her dream of becoming a singer. Orphaned as a baby in Afghanistan, Mina’s grandfather sent her to Canada at the age of eight to live with a lone aunt, Bano.

A former doctor herself, Bano wants nothing more than to see her own dreams fulfilled through her
niece, and she pressures her to pursue a career in medicine. Although she dutifully complies,
Mina’s heart isn’t in it, and she longs to return to a better time when, as a child, she and her grandfather would sing and play music together. Thanks to Bano, Mina has a part-time job in a long-term care
home. But she has trouble finding her footing under the watchful eye of her tough supervisor, Nurse Baker.

Then, she meets Luis.

Luis is one of Mina’s most enigmatic patients – he spends his time in a wheelchair in a quiet corner of the room, retreated inside his own mind. He has no visitors, and Mina can relate to his solitude.

A poster of Benny More inspires Mina to hum a jazz tune that, to her surprise, ignites a spark inside him.
As each day passes the music awakens Luis more and more until the colorful world of his past becomes
vibrant and real again. Luis reacts, reminisces, dances, reveals his incredible life as a famous musician in Cuba, and talks about the one great love who was left behind. As their friendship blossoms, Mina gradually comes into her own and even begins to enjoy life and friends and a new boyfriend. Through Luis, Mina remembers her grandfather back home, and reconnects with her own love of music.

But as Luis becomes more and more awake to the world, tensions rise at the nursing home.
Mina is seen as a disturbance; her job is threatened and Bano has little time for her behaviour. At the same time, Luis’ estranged son, Michael, announces his plans to move Luis into palliative care. Desperate to help him out of his isolation, Mina resolves to break Luis out of the home and, with the help of her friends, grants him his one last wish to ‘return’ to Cuba and perform on stage again. 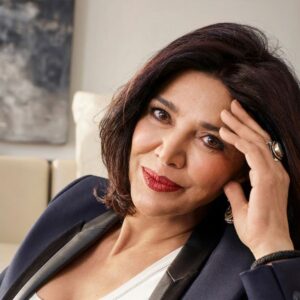 SHOHREH AGHDASHLOO (Actress)
Academy Award nominated and Emmy winning actress Shohreh Aghdashloo has portrayed a vast array of complex and powerful characters throughout her illustrious career. This Winter, Shohreh Aghdashloo completed work on the 5th season of the critically acclaimed futuristic television series, “The Expanse”, which is based on the science fiction novels of the same name by James S.A. Corey. Aghdashloo plays the lead character ‘Chrisjen Avasarala,’ a smart and passionate politician who has risen high in the ranks of Earth’s governing body. Amazon Studios will stream the all new 5th season of “The Expanse” in the Fall 2020.

Aghdashloo was last seen on the big screen playing the role of ‘Ziba Husseini’ opposite Rita Wilson in the indie comedy SIMPLE WEDDING. Aghdashloo also served as an Executive Producer on this movie. In film Aghdashloo also recently stepped into the role of ‘Bano Ayoub’ in the Canadian feature THE CUBAN and wrapped production working on the movie RUN SWEETHEART RUN a feminist horror-thriller co-produced by Blumhouse Productions and Automatik, in association with Quiet Girl Productions.
A diverse talent, Aghdashloo has moved between television, film, and theatre with much ease. In 2012, she portrayed the title character in the legendary Federico Garcia Lorca’s final theatrical play, House of Bernarda Alba, in London at the famed Almeida Theater.

In 2009, she again used her global platform to tell the true story of Soroya M. In THE STONING OF SORAYA M. Aghdashloo starred in the heroic role of ‘Zahra,’ an Iranian woman, who in bold defiance of threats and local authorities, secretly confides in a stranded journalist about her niece’s murder in the village square, where the entire town participated in the ancient ritual of stoning.
In 2008, she stared in the BBC/HBO mini-series “House of Saddam”, in which she portrayed Saddam Hussein’s wife ‘Sajida’. The mini-series explores the inner workings of Hussein’s family and his relationship with his closest advisors. For her role, she won the 2009 Emmy for Outstanding Supporting Actress in a Miniseries or Movie.

In 2008, Aghdashloo was seen on the big screen in a featured performance in THE SISTERHOOD OF THE TRAVELING PANTS 2, alongside America Ferrera, Blake Lively, Amber Tamblyn and Alexis Bledel. THE NATIVITY STORY, from 2006, directed by Catherine Hardwicke, transformed Aghdashloo into Elizabeth, mother of John the Baptist. The film looks at the life of the Virgin Mary before the birth of Christ, following Mary and Joseph’s lives, which includes their relationships with other Biblical characters, such as Elizabeth, Mary’s cousin. Other notable film credits for Aghdashloo include: THE LAKE HOUSE, X- MEN: THE LAST STAND, SEPTEMBERS OF SHIRAZ AND THE PROMISE.

Born in Tehran in 1952 to an intellectual and creative family, Aghdashloo spent her twenties performing in various cutting-edge performance groups, including the acclaimed Drama Workshop of Tehran. Based upon her work there, Aghdashloo was cast by directors Abbas Kiarostami and Ali Hatami, two towering figures of the nascent Iranian New Wave, to play starring roles in 1977’s Gozaresh and Sute-Delan.

In the late 1970’s, Aghdashloo left Iran for London, where she earned a degree in International Relations. She put her journalist career in the background, when a friend presented her with a play called Rainbow, about the Iranian Revolution and its discontents. Rainbow was such a success that it toured the United States where Aghdashloo was reunited with Drama Workshop colleague, Houshang Touzie. The two got married in Los Angeles during the late 1980’s.

It was her work in topical drama films, such as AMERICA SO BEAUTIFUL and MARYANN, which both center around the struggle of Iranian immigrants in the United States, that ultimately caught the attention of director Vadim Perelman. Perelman cast her as the supporting role of ‘Nadi’ in his big- screen adaptation of the bestselling book, ”House of Sand and Fog”, and Aghdashloo’s subtle, simmering performance brought her kudos from the Independent Spirit Awards, the New York Film Critics, and the Los Angeles Film Critics associations, all of which named her 2003’s Best Supporting Actress. The Academy followed suit nominating Shohreh Aghdashloo as an Oscar contender. 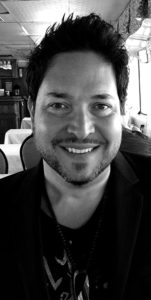 SERGIO NAVARRETTA (Director and Producer)
Sergio Navarretta is an internationally recognized award-winning director who is fiercely passionate about bringing meaningful content to the screen. He draws inspiration from Italian neorealism and considers his work an exploration of the human condition. Navarretta’s projects are touching, relevant, inclusive, often humorous, and most importantly, entertaining. He is currently hard at work innovating creative ways for his projects and the film industry at large to press on during the unprecedented COVID19 crisis.

Navarretta made his directorial debut with LOOKING FOR ANGELINA, a true crime feature that tells the story of one of the most sensational murder cases in North American history. LOOKING FOR ANGELINA won numerous awards, was showcased at festivals around the world, played to sold-out theatres in fifteen Canadian cities, and ranked amongst the top five in box office revenues for Canadian films at the time. Navarretta’s follow-up feature, THE COLOSSAL FAILURE OF THE MODERN RELATIONSHIP, starring Enrico Colantoni (“Just Shoot Me”).

Between features, Navarretta has directed a number of award-winning short films, including THE FORTUNE COOKIE, OVER A SMALL CUP OF COFFEE and EN PLEIN AIR, an homage to the Group of Seven. He also worked as a producer, service producer and executive producer under his own company banner, S.N.A.P. Films Inc., as well as for various international clients. He executive produced (for Canada) the sci-fi movie, ANDRON starring Danny Glover and Alec Baldwin. He is an executive producer of the biopic LAMBORGHINI, starring Alec Baldwin and Antonio Banderas, and was a consulting producer on TRADING PAINT, starring John Travolta. Navarretta is proud to have executive produced and overseen all aspects of production and casting for the star-studded animated theatrical feature ARCTIC DOGS, now on Netflix, featuring Jeremy Renner, James Franco, Anjelica Huston, Alec Baldwin, John Cleese and Heidi Klum.

Navarretta received his education at York University in Toronto and has a background in music from the Royal Conservatory. He has done extensive training in both acting and directing, learning under the guidance of actor Nick Mancuso and renowned acting coach Rose Dubin, and directing at Toronto’s Tarragon Theatre. He has attended various master classes, including one led by director Robert Altman, and has shadowed both directors and cinematographers over the years, including the legendary Piotr Sabocinski. Navarretta sat on numerous panels to raise awareness about domestic violence and issues of racism during the release of LOOKING FOR ANGELINA, a film that has subsequently been utilized by universities, government and police services across Canada. He is proud to sit on the boards of several arts organizations, including the ICFF Film Festival in Toronto and is a member of the Directors Guild of Canada. He is Vice President of S.N.A.P. Films Inc., and currently has a number of live action and animated projects in development. Navarretta speaks English and Italian fluently. He divides his time between Toronto and Los Angeles.