You are at:Home»News»‘Under the Smoky Roof’ to go on screen in 10 German cities

The movie will be screened in 10 cities of Frankfurt, Bonn, Berlin, Munich, Cologne, Cologne, Darmstadt, Gibson, Karlsruhe, and Varnheim in Germany as well as in Kinopolis cinema chains. 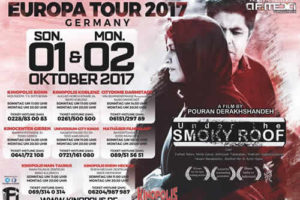 Under the Smoky Roof is about Shirin who has problems with her husband and child and is searching for a way to communicate with them and solve her family problems but she cannot succeed reaching instead a crisis. Her second try to get out of this crisis makes her to confront new challenges.

Pouran Derakhshandeh’s movie was screened at the 35th Fajr Film Festival and nominated at six different sections for the Crystal Simorgh award.

Acclaimed Iranian actress Merila Zarei won the best actress award at the 35th edition of the Fajr Film Festival, along with Leila Hatami for her role in Hamid Nematollah’s Subdue.