Sister, nominated for the Animated Short Film Oscar, is about a man thinks back to his childhood memories of growing up with an annoying little sister in China in the 1990s. What would his life have been like if things had gone differently?

We had to interview Siqi Song , director of the Sister on camera: 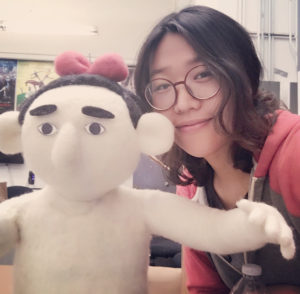 Siqi Song is a Chinese writer & director currently based in Los Angeles. Her work has been recognized internationally by Sundance, SXSW, BAFTA, and ASIFA-Hollywood. Song graduated from California Institute of the Arts with an MFA in Experimental Animation, since then she has worked on multiple feature films, TV series and short films in animation. Her graduation film SISTER has won four Oscar-qualifying awards and was nominated for Annie Awards, Sundance Film Festival Jury Award and BAFTA Student Film Award. Her most recent film THE COIN premiered at SXSW Film Festival and it’s currently in the festival circuit. Song is listed as a director at Film Independent “Project Involve” Fellowship in 2018 and BAFTA Los Angeles Newcomer in 2019.