You are at:Home»Feature Story»SEEfest announces nominees and jury for 2019 GoE Bridging The Borders Award

Cinema Without Borders is proud to present GoE Bridging The Borders Award for the 11 Consecutive year at the prestigious SEEfest, South East European Film Festival LA. GoE Bridging The Borders Award offered by Cinema Without Borders and sponsored by GoEnergistics, goes to a feature film that helps bringing people of our world closer together. Winner will be announced on May 6th during the closing ceremony of the 14th Edition of the festival at the Writer’s Guild theater.

Jury members for Bridging the Borders Award assigned by SEEfest are: 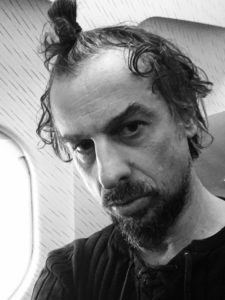 Jan Cvitkovič
Jan Cvitkovič, the Slovanian filmmaker, is an Archeologist, writer, director. His films were presented worldwide and received awards such as Lion of the Future (Dino de Laurentis Award) in Venice, Best Director Award in San Sebastian, and many others (around 50). Two of his films were Foreign Language Oscar Candidates (Bread and milk, Gravehopping). 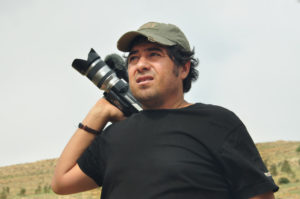 Kamran Heidari
Kamran Heidari was born in Gachsaran, near Shiraz in 1977. He is a freelance documentary filmmaker and photographer, with an Interest in street photography, graffiti and ethno-music. His work focuses on film and photography about the people of Shiraz (Fars Province) and the south of Iran. ‘My Name Is Negahdar Jamali And I Make Westerns’ (2012), his first feature length documentary was screened in many festivals around the world, among which Busan International Film Festival and Rotterdam. His latest work ‘Ali Agha’ premiered at IDFA in 2017. ‘Ahle Hawa’, his current project would be his fifth feature length film.

Bijan Tehrani
Bijan Tehrani a film director, film critic and writer, works as Editor in Chief of Cinema Without Borders and CineEqual. Bijan has won several awards in international film festivals and book fairs for his short films and children’s books. He has been writing film critics for several publications during the last four decades.

James Ulmer
James Ulmer, A former international editor and columnist of The Hollywood Report and a contributing writer for The New York Times, Ulmer now lives in Italy and Prague after 20 years as a journey in Hollywood. Recently he consulted for Michael Moore’s film “Fahrenheit 11/9,” and happily is a member of the permanent competition jury for the Central European Film Festival. In the hill town of Castelfidardo, Ulmer plays accordion and hosts summer film seminars for film lovers in the region.

Nominees for GoE Bridging The Borders Award are:
BORDERS, RAINDROPS (Bosnia Herzegovina)
DIRECTOR:VLASTIMIR SUDAR, NIKOLA MIJOVIĆ
Jagoda, a city girl, is on a summer visit to her extended family in the Balkan countryside overlooking the Adriatic. Her presence awakens hope, love, and the sense of mystery.The story takes place in the fragmented space on the borders of Bosnia and Herzegovina, Montenegro and Croatia. The ghostly presence of the young woman creates a connection between families divided by the newly formed borders. This film is about longing and belonging, set high up in the mountains above the beaches of the Adriatic Sea.

CRUSH MY HEART (Austria)
DIRECTOR:ALEXANDRA MAKAROVA
The first feature by Slovakian director Alexandra Makarova is an Austrian Romeo and Juliet love story with Roma protagonists. Winner of “Best Screenplay” and “Audience Award” at European festivals.Two Romany teenagers fall in love after being sent away from their poor village in Eastern Slovakia to beg on the streets of wealthy Vienna. For the first time they get a glimpse of happiness, but it doesn’t last long…Winner of Best Screenplay at the Biberach Film Festival and Romy Academy Award for Best Produced Film in Austria.This screening is supported by the Consulate General of Austria.

THE DELEGATION (Albania)
DIRECTOR:BUJAR ALIMANI
Bujar Alimani’s multiple award-winning powerhouse of a film from Albania probes the layers of oppression between a prisoner and his unlikely entourage in what is essentially a first-rate road movie, or as Cineuropa describes, “a dark, absurdist comedy as it depicts how the officials try to uphold a system that is obviously in the process of falling apart.” Winner of the Grand Prix at Warsaw International Film Festival, Trieste Award for Best Feature Film and the PAG Jury Award at Trieste International Film Festival.

SUNRISE IN KIMMERIA (Cyprus)
DIRECTOR:SIMON FARMAKAS
A young villager gets caught in a tragicomic tug-o’-war, when a strange sphere, tracked by a foreign intelligence agency, crash-lands into his potato field. Avoiding the stereotypical ethnographic comedies of the genre, the storyline intertwines the lives of the local villagers with the intelligence agents, combining the peasant-like naivety with international conspiracies and intrigues, conveying similarities that the latter has with the run-of-the-mill village rivalries and their struggle for authority and ownership.Screening in the Sci-Fi program.

TOGETHER (Sloveinia)
DIRECTOR:MARKO ŠANTIĆ
Emotionally charged story of a gay Slovenian man who fights for custody of his deceased partner’s daughter tackles persistent prejudice and social obstacles facing same-sex couples.This screening is made possible by the RTV Slovenia.