You are at:Home»CinéEqual»Richard Bausch and Robert Port talk about RECON

RECON directed by is a thriller set in the mountains of Italy at the close of World War II. Adapted from the critically acclaimed New York Times best seller “Peace” by famed author Richard Bausch, and based on a true event – RECON tells the story of four American soldiers in World War II, who after they witness a vicious murder of an innocent civilian at the hands of their platoon Sergeant, are sent on a reconnaissance/suicide mission lead by a local partisan, an elderly man whose indeterminate loyalties add to the terror and confusion that engulfs the Americans as they are hunted by an unseen enemy.

We had the opportunity of interviewing both Richard Bausch and Robert Port on camera about making of the RECON:

Recon centers around young men in the midst of war. The action occurs over the course of one long day between four soldiers placed in a crucible, as they debate both their fates and that of life itself. Each has a different perspective, liberal, racist, uncertain – a metaphor for the America both of 1945 and 2020.

As the soldiers fight amongst themselves, they realize they are being both hunted and haunted by a mysterious sniper and the specter of a burning question – is their Italian guide, this old man from the village, a fascist sympathizer who wishes to lead them to their death? As they struggle to make it off the mountain alive, these American soldiers face the worst that war can offer men… and through this each finds their own peace. 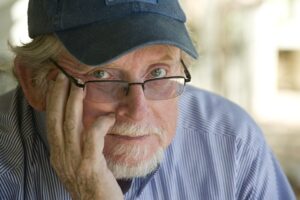 RICHARD BAUSCH – AUTHOR
Richard Bausch was born in Ft. Benning, Georgia. He was educated in the public schools in and around Washington, D.C., and after two failures to maintain a standing in college, served a stint in the Air Force, after which he returned to university studies, first in Virginia and then at the Iowa Writer’s Workshop. He is the author of eleven novels and eight collections of stories, including the novels “Rebel Powers”, “Violence:, “Good Evening Mr. & Mrs. America and All the Ships At Sea”, “In The Night Season”, “Hello To The Cannibals”, “Thanksgiving Night”, and “Peace”; and the story collections Spirits, “The Fireman’s Wife”, “Rare & Endangered Species”, “Someone To Watch Over Me”, “The Stories of Richard Bausch”, “Wives & Lovers”, and the recently released “Something Is Out There”. His novel, “The Last Good Time” was made into a feature-length motion picture, directed by Bob Balaban, starring Armin Meuhler-Stahl, Maureen Stapleton, and Lionel Stander, released in April 1995, and “Peace” was awarded the 2010 Dayton International Literary Peace Prize. 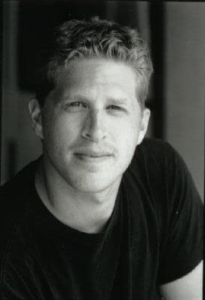 ROBERT PORT – WRITER, DIRECTOR
Robert Port is a writer, director and an Academy Award winner for his film TWIN TOWERS; a documentary about Detective Joe Vigiano, an elite New York City policeman who was killed during the tragic events of 9/11. TWIN TOWERS was also screened at the prestigious Sundance Film Festival and has emerged as one of the most compelling short documentaries in recent memory.

RECON will open in close to 400 theaters nationwide the night before Veterans Day on November 10th (this year is the 75th anniversary of the end of World War II) followed by a limited theatrical release on Friday, November 13th.