You are at:Home»Conversations»Pushpendra Singh talks about his unique cinematic gaze

Ishwaku’s winter seems cursed. Pushpendra Singh’s Ashwatthama, an allusive narrative that is finding much appreciation in the film festival circuit, follows the childhood mysteries and discoveries of Ishwaku, a nine-year boy who visits a relative’s village after his mother was killed by dacoits. Pushpendra says his child protagonist inherits a lot of his own experiences and he is fascinated by myths that shape our daily lives and how they are constructed even out of contemporary events. “Child as a subject always inspired me and my love for child protagonist goes back to Victor Erice’s Spirit of Beehive, Satyajit Ray’s Pather Panchali, François Truffaut’s 400 Blows and Abbas Kiarostami’s Where is the Friend’s Home,” says Pushpendra,

Like films of Erice, which explore childhood as an age of imagination and innocence, Pushpendra too uses self-referential devices which give a regional flavour to a universal thought of childhood as a period of initiation. While the name Ashwatthama will be familiar to most of the Indian audiences, he wants the audience to draw parallels between the cursed mythological figure and Ishwaku with the larger narrative of the film. “I want people to ask questions and figure out on their own.”

The film unfolds in Braj area – specifically, the Chambal region of Agra on the border of Uttar Pradesh, Rajasthan and Madhya Pradesh and captures the myths, traditions of singing and storytelling aesthetics of the place which has many temples and places of pilgrimage. That is why, he chose to make the film with all non-actors, who were inhabitants of the same village, as according to him only they can bring the community folklore to the cinema. “I just gave them an idea and they reacted to it. That is the beauty of human emotions, they are constructed, and you just need to trigger them.” 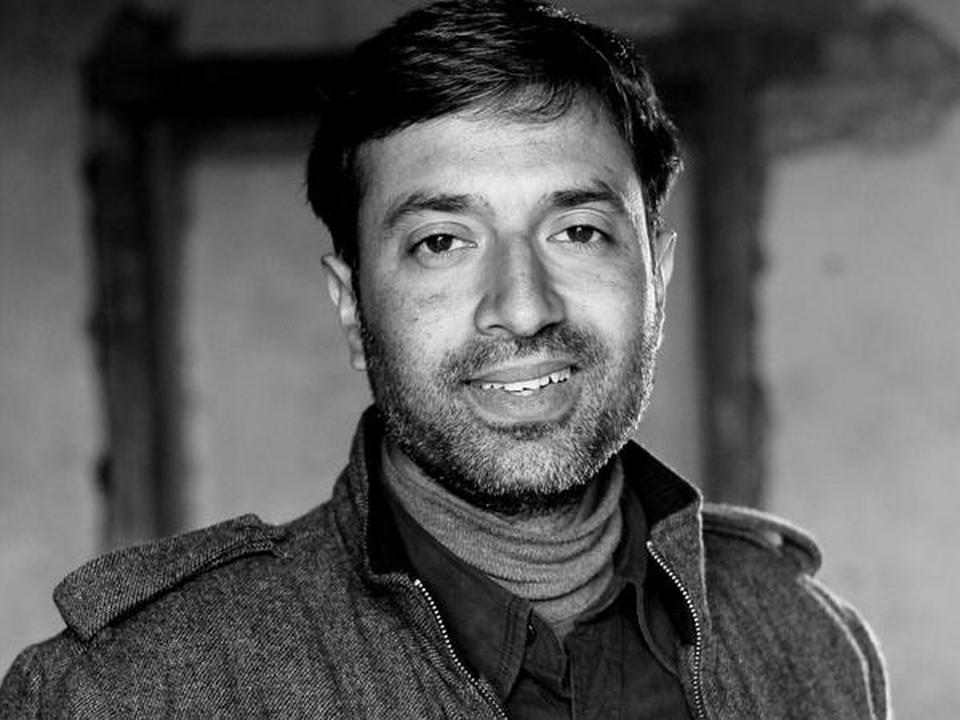 Certainly, there are lots of cultural influences that are apparent in his film – the Nandi cow, the relevance of ghats, local legends among other cultural markers that he tries to interpret through the language of cinema. “Tigmanshu Dhulia in Paan Singh Tomar has tried to break the myth of Chambal region as a place where lawlessness prevails but it being a Bollywood film, it had those masala tropes on which I hold different opinions. I strive to bring out smallest of the intricacies which the region possess and present that to the world with its own smell,” says Pushpendra.

He describes it as ‘janpadiya cinema’ that is district level or local in its context and its distinctness is marked by people’s understanding of life in a region shaped by the dialect, culture, rituals and the architectural history of the place. Cinema, then, could become a way of presenting the narrative style of a culture, he argues. But he is aware of economic factors involved in filmmaking and strives to find hope in sustainable filmmaking practices. “I tried to be as minimal as I could. Cinema is an expensive medium and if you can make films on a low budget then you can make the medium sustainable. The consumerism is present everywhere and if we protect ourselves from its very conception, we can arrive at a balance,” suggests Pushpendra. One of his achievements in the film has been to provide viewers with a sense of past by making the film entirely in monochrome with hints of colours at places. “We live in many ages in India simultaneously. We have modern age in cities, but you go to villages, we are still stuck in ancient period. We can play with the temporal element which cinema offers and that is how I wanted the film to have an idea of timelessness,” explains Pushpendra.

A graduate in acting from FTII, he started off in Delhi doing theatre with Barry John and still acts in films. But the love for cinema, which was initiated by the Saturday screenings at his boarding school, forced him into filmmaking. “As an actor, you are always dependent on directors for work. I was not satisfied with the kind of work that was coming out of Bollywood in that era. I believe that you cannot just always blame others for the bad work but you have to come to the field and that is how I started off,” informs Pushpendra. He learnt most of his cinema understanding from Amit Dutta while assisting him on Aadmi Ki Aurat aur Anya Kahaniyan, Nayansukh and Saatvin Sahar and he himself propagates his use of indigenous knowledge systems, myth and folk narratives. He also dedicates his vision of cinema to Anup Singh, with whom he worked on Qissa and The Song of Scorpions. “With Anup, I have understood the unique gaze of a filmmaker. And Amit’s dialogue with cinema and his use of local aesthetics in his form sets him apart from others,” relates Pushpendra.

Ashwatthama, which was screened at Busan Film Festival and had Busan’s ACF Post-Production Fund, MAMI and Dharamshala Film Festival is not his only film which is getting recognition worldwide – his first film Lajwanti was part of the Berlin Film Festival in 2013 and is soon going to be released on Vimeo Pro. He is in Goa on for his next film, Laila Aur Satt Geet, which is in the Co-Production Market of the ongoing Film Bazaar at the IFFI-2017. Citing examples from world cinema, he feels that a lot has to be done in the way we structure our films. “We are still struck in three-act structure. There is a lack of dialogue with other forms of art. Cinema is not a pure art in itself but it has the relationship with other different art forms. The way painting puts together time and space, it is possible in cinema also. The way classical music can stretch the time in an alaap, the same can also be possible for cinema.” But the way our liking has been constructed, he says, we have reduced it as something for instant consumption. He goes on to assert that our iconography is an imposed one rather than an evolved one as it includes propagandist ideas which are usually pushed by the government of its time. “G. Aravindan’s Malayalam film Kanchana Sita had Ram in one simple dhoti. A film that claims to be a biography becomes a hagiography and a period film talks more about our present prejudices. Just like Hollywood, which has overused the idea of the period by repeating similar motifs of classical writers such as Shakespeare, we also have a tendency to tell the story in a certain proven way, which is a reason to worry,” sums up Pushpendra.

Source: Written by Atif Khan for The Hindu