This year’s Gala celebration will take place on Friday, April 9th with keynote speaker Drew Massey, actor and puppeteer for the Jim Henson Company, known for his work on The Muppets and most recently on The Happytime Murders. Massey also has a new series coming out on Nickelodeon called “The Barbarian and the Troll” set to premiere on April 2nd. The night will also include greetings from this year’s filmmakers from around the world as well as the premiere of the song “Believe” written by GRAMMY Award winner and President of Paramount Worldwide Publishing and Music Randy Spendlove and GRAMMY Award winner Polo Jones. The night will also include a poetry reading by January Handl.

To learn more about The Poppy Jasper International Film Festival we had a video interview with the festival director Mattie Scariot:

Mattie Scariot is a filmmaker, an arts advocate and the Director of PJIFF which has been running since 2004 in Morgan Hill. Since 2018 Mattie has added the cities of San Martin, Gilroy, Hollister and San Juan Bautista. Along with changing the mission of the festival to an inclusive, diverse, women empowered program she has included 8 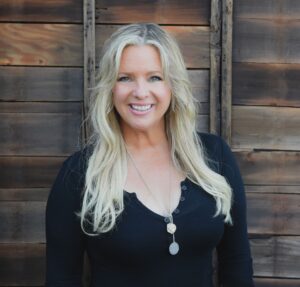 educational programs for youth, millennials, (2) high school programs for young women, a 40 & UP, 70 & UP, and a veteran’s program yearly. PJIFF has been awarded “Best of the Fest” in 2019 and “Non-Profit of the Year” by the Morgan Hill Chamber of Commerce.

Mattie Scariot’s professional life is devoted to creating film and television productions. Her community spirit supporting the South and San Benito Counties’ art scene has had an impact on both Counties. She became Director of PJIFF in 2018 and grew the festival to an 8-day regional festival including Morgan Hill, San Martin, Gilroy, Hollister and San Juan Bautista. PJIFF is a mission-driven all-volunteer non-profit, focusing on diverse, inclusive, and women empowerment, including 7 educational programs. PJIFF pivoted during the pandemic partnering with businesses and restaurants for outdoor movie nights including a partnership with MyJamFest in Sacramento at the Esquire IMAX Theater.

A Concerned Citizen – Civics in Action – Activist Dr. Riki Ott works to curb pollution and to reform laws on campaign finance and contributions. Others have followed her example. Director Bo Boudart. USA

Beloved – From dawn to dusk, 82-year-old Firouzeh takes care of her beloved cows in the mountains of Northern Iran, with no access to electricity, gas, or phone. Director Yaser Talebi. Iran

Cabarete – A teenage village kite surfer convinces his idol to train him but is torn between city nightlife pleasures and pursuing his athletic ambitions. Director Ivan Bordas. Dominican Republic.

Falter – At the start of a post-human era, to give his monotonous life a new meaning, Falter decides to share it with an android. Directors Harriet Maria Meining and Peter Meining. Germany.

Full Gas – A new teen in town arrives shortly before a Motocross championship. He is bullied and threatened but finds a mentor to help him prepare for the race. Director Kobi Machat. Israel.

Go with Your Gut – The filmmakers traveled with seven entrepreneurs for two years through five countries and twenty cities to record their life, struggle and entrepreneurship. Audiences voluntarily organized over 50 screenings of this inspirational film in different cities in China. It also created a new model for the exhibition of documentaries in China – the social film. Director Qiurong Shi and Xian Hu. China.

How I Live – The hardships of cancer treatment and obstacles to accessing care plague children and their families in Guatemala, El Salvador, Myanmar and Egypt.  Director Meghan Shea. United States.

One Night in Tehran – Like big cities around the world, Tehran has its night life. A woman looking for happiness gets into a night cab, unaware of how her life will change. Director Farhad Najafi. Iran.

Return of the Thumb (Die Rückkehr des Daumens) – A worn-down thumb wrestling coach has one last chance to win the Austrian championship with a new fighter. But the competition is fierce! Director Flo Convey. Austria

The Sower (El Sembrador) – Bartolomé, a teacher in a school in the mountains of Chiapas in Mexico, knows that pedagogy is not based on textbooks and cannot fit behind the four walls of a classroom. A true sower of knowledge creates a model of education based on curiosity and love for the outside world. Director Melissa Elizondo Moreno. Mexico

Unnamed Junior – Two law cases take place simultaneously in a small backward city of China: the wife of Youwang Cao, a township entrepreneur, was poisoned, and worker Bin Zhou disappeared. The two cases seem to be inextricably linked. Worker, boss, murderer, and kidnapper tell a story in which the man who tries to frame others becomes accused himself. Director Dongxu Guo. China