Peter Soleimanipour, the legendary Iranian saxophone and trumpet player and film music composer passed away in Tehran at the age of 50 and after years of fighting cancer.

With no doubt Peter Soleimanipour,was among the top saxophone and trumpet players in the world and beside composing film music, he composed over 150 musical pieces.

Ahmad Kiarostami, an Iranian/American artist and filmmaker and a friend of Peter Soleimanipour wrote a very moving post in Facebook about his friendship with him and his work as an artist::
“Peter was a friend from my teenage years. He was different from the rest of us. During the post-war years, when music was limited in Iran and few kids who played an instrument only knew about piano and guitar, Peter played jazz sax and trumpet. He was more literate than most of us at that age, and he wasn’t shy about it. He was very self-confident and had a self-respect that was very rare for someone that young, which was visible in the way he smiled, and he always smiled. Last time I saw him was in Paris in 2016, he was painfully thin and weak, chemo had taken his long and beautiful hair away, but not his smile. Cancer was not able to take his confident smile from him.

For “Taste Of Cherry”, my father was looking for a trumpet player to play Louis Armstrong’s “St. James Infirmary Blues”. Peter was one of the bests in the country. Still, the recording wasn’t exactly like Armstrong’s. My father told him he wanted an exact copy, and Peter jokingly said “one should have black lips to be able to play like that”. For many years, my father quoted him and said “in a few words, Peter taught me something about my expectations that I never knew in many years of work”. 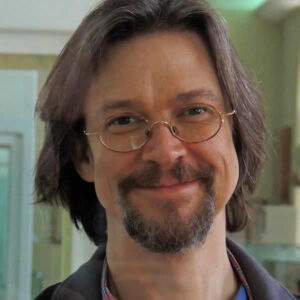 In the last couple of decades, Besides my other dear friend Peyman Yazdanian, Peter was the only composer my father worked with. He composed a piece for “24 Frames”, as well as the music for “Take Me Home”, a short and playful film that we showed at all the tributes to my father after his passing. I promised to invite Peter to the opening of “24 Frames” in Tehran, which supposed to be after the Persian New Year, but never happened.

A few months ago we went through a lot of my father’s photos to pick one for the cover of a CD he was releasing. He promised to send me a copy of it, and that was the last time I heard from him. I knew he wasn’t doing well, so I didn’t follow up, but I know he was very excited about the CD. I hope he got to release it.

Your smile and your music will stay with me,Peter”