You are at:Home»CinéEqual»An interview with the Oscar winning Carol Dysinger, a filmmaker with a big heart

Last week, I had the joy of interviewing the Oscar winning director of LEARNING TO SKATEBOARD IN A WARZONE (IF YOU’RE A GIRL), Carol Dysinger. In the last fifteen years, I have interviewed over eight hundreds filmmakers around the world, but this last one is hard to forget. Carol Dysinger is not only a great director, but she has a deep knowledge about Middle East and in particular Afghanistan. And that’s not all, Carol has such a big heart when it comes to care about people, all through our conversation, she hardly mentioned her Oscar, even when I directly asked about it. All she was concerned with is if her film LEARNING TO SKATEBOARD IN A WARZONE (IF YOU’RE A GIRL) could help the poor young girls of Afghanistan. Let me give you another reason (a personal one!) why I love Carol so much, after the interview we talked about the culture of the Middle East and she surprised me by reciting a poem from 14th century Iranian peet, Hafiz (you know I am an Iranian/American). We need more artists like her in our planet.
Bijan Tehrani

The following is our on camera interview with Carol Dysinger about making of LEARNING TO SKATEBOARD IN A WARZONE (IF YOU’RE A GIRL):

In Afghanistan, many young girls are not able to participate in sports. Cultural and religious norms, along with other factors such as safety concerns and years of warfare, have resulted in limited athletic and recreational opportunities for women and girls, especially those who come from impoverished neighborhoods. But there is a new generation of Afghan girls who believe they can do anything. LEARNING TO SKATEBOARD IN A WARZONE (IF YOU’RE A GIRL) tells the story of young Afghan girls learning to read, write – and skateboard – in Kabul. 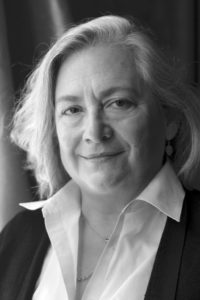 Carol Dysinger is a filmmaker, writer, artist, and educator, whose contemporary work offers a counter-narrative to traditional stories of conflict. She is in the midst of a trilogy on Afghanistan and America post 9/11.
Alternating between fiction and documentary storytelling practices throughout her career, she had made a lifelong inquiry into the mechanics of story and the role storytelling plays in what we come to believe is true. She began in the theatre as an actor, moved into editing music videos for the Clash in New York, and has won many awards for her short narrative work. She then moved on to write screenplays for 20th Century Fox, Disney, and HBO Independent and has edited feature-length narrative and documentary films.
In 2005, she traveled solo to Afghanistan with camera in hand to make her feature directorial debut, Camp Victory, Afghanistan, which screened at MOMA, SXSW, Human Rights Watch and at The Hague. ONE BULLET AFGHANISTAN is the second in the trilogy about the human impact of international conflict post 9/11 currently being completed in Denmark. She received a Guggenheim fellowship in 2018, a new work in multimedia installation, which draws from decades of memoirs and family history, footage shot over 15 years in Afghanistan, and brings it together to take down the veil between human experience, story, and history.