You are at:Home»Film Reviews»NPR’s Movie Preview: 16 New Films To Watch This Fall

very year, summer gives way to fall, and in movie theaters, blockbusters give way to awards contenders. On this week’s Pop Culture Happy Hour, film critic Bob Mondello of All Things Considered and I spoke with Tasha Robinson of The Verge and film writer Bilal Qureshi about some of what we all saw at the Toronto International Film Festival, which kicks off the fall movie season. But if you need a list to carry in your pocket, Bob and I put together this rundown of some of the best, buzziest and otherwise noteworthy films coming to you over the next few months. (Keep in mind that release dates are subject to change.)

Our favorites:
Battle of the Sexes (Sept. 22): Billie Jean King didn’t want to play Bobby Riggs in 1973. It was a sucker bet, since she had much to lose and he didn’t. But in this film, Emma Stone conveys King’s understanding that because of the precarious position of women’s tennis in the early 1970s, she had no choice. Steve Carell, as Riggs, makes a pathetic, credible troll, and the film nails the no-win situation of a pioneer forced to defend all she is trying to accomplish from people who know that the laziest and most potent weapon against her is to make her a joke. — Linda Holmes 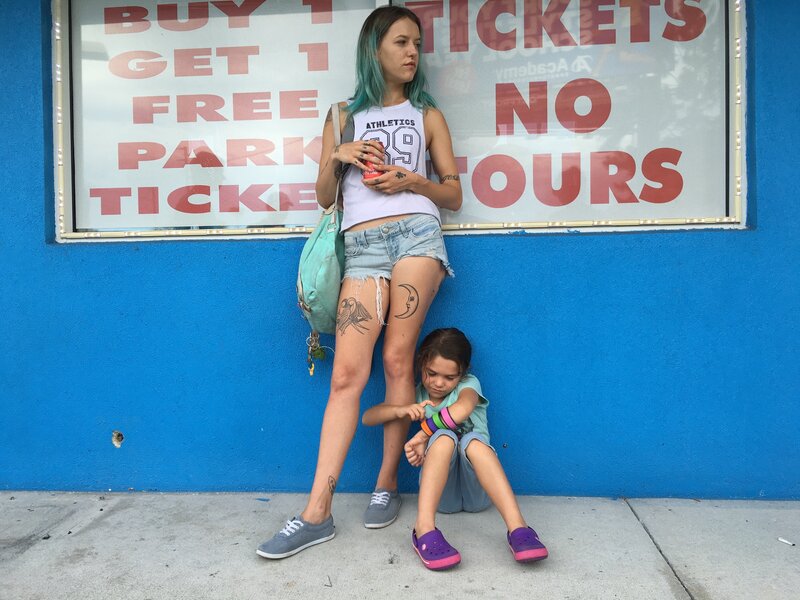 The Florida Project follows 6-year-old Moonie (Brooklynn Prince), who lives with her mom (Bria Vinaite) in the shadow of Walt Disney World. (Marc Schmidt/Courtesy of A24)

The Florida Project (Oct. 6): Sean Baker’s 2015 film Tangerine might be as famous for its low-cost production (it was shot on an iPhone) as for its stunning performances and moving story. Here, Baker has more resources to play with as he follows a 6-year-old girl who lives with her mom in a grungy motel in the shadow of Walt Disney World that often houses the very poor. Naturalistic and unforgettable, The Florida Project features a surprisingly sweet turn from Willem Dafoe as the motel manager who tries to balance enforcing the rules and acting like an on-site surrogate parent. — Linda Holmes

BPM (Beats Per Minute) (Oct. 20): An urgent French drama about AIDS activists in Paris in the early 1990s. Protease inhibitors are just being introduced — too slowly, according to the activist group ACT UP. So they’re throwing “blood”-filled balloons to disrupt government forums, tossing crematory ashes at insurance confab buffet tables and invading pharmaceutical offices. Robin Campillo’s film follows Sean, a bright-eyed, boyish rabble-rouser, as he gets visibly sicker and falls for a new ACT UP member who is not HIV-positive. As the light starts to go out of Sean’s eyes, the film’s emotional temperature soars. (This one won the Grand Prix at the Cannes Film Festival.) — Bob Mondello

The Square (Oct. 27): Making biting satire about contemporary art is a dangerous game, simply because it’s so easy. Some high-handed pronouncements, some foolish and self-satisfied wine drinkers, some inscrutable artists, and you’re there. But The Square, from Ruben Östlund (who directed 2014’s Force Majeure) isn’t as much about the artifice of the art world as it is about the artifice of performative goodness. In it, a museum director tries to mount an exhibit about a literal, floor-traced place of refuge from injustice, only to struggle to live up to its promises anywhere. Elisabeth Moss and Dominic West both have small but interesting roles. — Linda Holmes

Stay up-to-date with the latest news, stories and insider events. 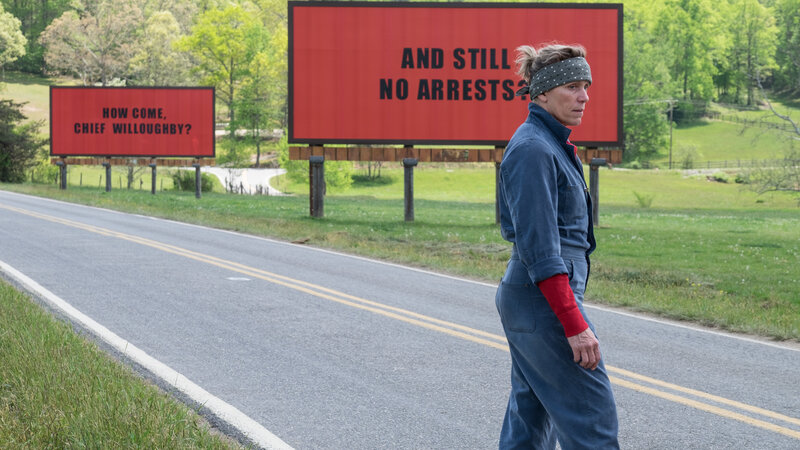 Three Billboards Outside Ebbing, Missouri (Nov. 10): The darkest of dark comedies, Martin McDonagh’s scabrous script is smart, funny, affecting and filled with commentary on race — basically it’s everything Suburbicon (see below) wants to be, with the bonus that it has Frances McDormand. ‘Nuff said, right? McDonagh (In Bruges) loves to mix violence with comic patter, and in McDormand he’s found an American muse: a grieving mom who puts up the titular signs to embarrass police chief Woody Harrelson into finding her daughter’s rapist/killer. Doesn’t sound like a laugh riot? Well, wait’ll you hear what the stars (including Sam Rockwell and Peter Dinklage) do with the dialogue. (This one won the people’s choice award in Toronto.) — Bob Mondello

Mudbound (Nov. 17): Director Dee Rees finds uplift in unexpected places in this resonant, Jim Crow-era tale of land shared by two Mississippi farming families: one black, one white and each with a soldier returning from World War II (albeit to vastly different battles at home). “When I think of the farm, I think of mud; I dream in brown,” says a voiceover, as a man digs a white racist’s grave in a forgotten slave cemetery. Mary J. Blige is a stoic wife and mother who cares not just for her own brood, but also for Carey Mulligan’s white family. — Bob Mondello 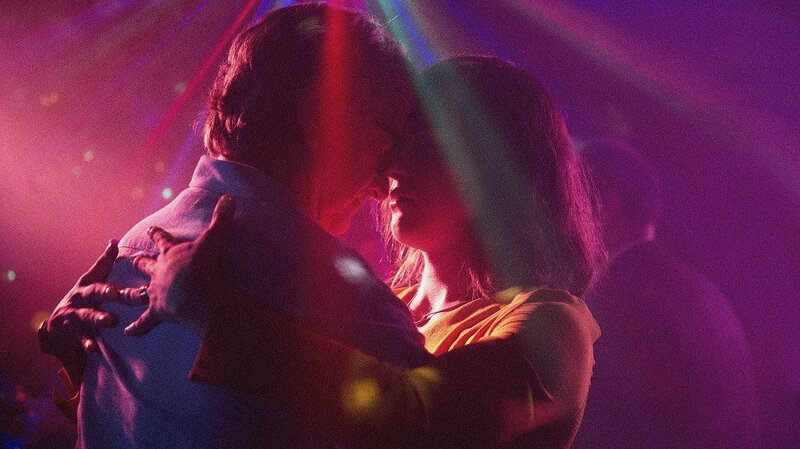 A Fantastic Woman (Nov. 17): Attractive young transgender singer Marina (Daniela Vega) celebrates her birthday in Santiago, Chile, with her much older boyfriend, only to have him suffer an aneurism. Doctors at a hospital can’t save him; they can, however, treat Marina as a freak and a murder suspect while her boyfriend’s family is even more cruel. Director Sebastián Lelio treats Marina with the same sensitivity and gives her the same abiding strength as he did the title character of his 2014 award-winner Gloria. Marina is heroic, striking and charismatic — a pretty damn fantastic woman. — Bob Mondello

Call Me by Your Name (Nov. 24): Apricots ripen in the orchard, and romance ripens pretty much everywhere in this gorgeous, coming-of-age/coming-out story penned by James Ivory (his first screenplay in 14 years). It’s based on André Aciman’s novel in which a 24-year-old grad student (Armie Hammer) spends a summer in Italy assisting an American professor and connecting with the prof’s 17-year-old son (Timothée Chalamet). Director Luca Guadagnino’s images are lush, summery, surprising (ancient statues surface in the Mediterranean as if they’d just been taking a dip); and the script will open tear ducts far more resilient than mine. Just extraordinary. — Bob Mondello

The Disaster Artist (Dec. 1): The often exhausting James Franco has found his ideal project in The Disaster Artist, which he directed, and in which he stars as Tommy Wiseau, the deeply eccentric filmmaker behind the awful cult film The Room. Rather than digging into how bad art happens, the film mostly has fun with Franco’s impersonation of Wiseau, and with the combination of bafflement and delight that Wiseau’s friend and co-star Greg Sestero (played by Franco’s brother, Dave) finds in knowing him. The Disaster Artist doesn’t have much to say about making bad films, but it’s very funny getting there. — Linda Holmes

Newsy movies from, or starring, people you may know:

Mark Felt: The Man Who Brought Down the White House (Sept. 29): You probably by now know that Mark Felt, who was the associate director of the FBI at the time, turned out to be “Deep Throat,” the Washington Post‘s Watergate informant. Unfortunately, this film, starring Liam Neeson as Felt, doesn’t have much more to say than that. It doesn’t go deeply enough into Felt’s character to reveal him, and it doesn’t have enough thrills to be a thriller. Without a sharper angle, it simply doesn’t justify the retelling of a story that’s now so familiar. — Linda Holmes

Breathe (Oct. 13): Robin and Diana Cavendish (Andrew Garfield and Claire Foy) are a golden couple — posh, athletic, attractive. Then while twirling this newfangled thing called a hula hoop (it’s 1958), Robin falls to the ground feeling weak. By the next day, he’s hooked up to a breathing machine, paralyzed from the neck down by polio. Diana is told he won’t last more than a few months, but there wouldn’t be a film if that were true. Robin, in real life, helped make the world more accessible for the disabled. In this tearjerker, he anchors an assured directing debut by Andy Serkis, a motion-capture actor who has captured a motionless man. — Bob Mondello

Suburbicon (Oct. 27): George Clooney’s quirky, Coen brothers-scripted comedy opens with chirpy music and a promotional film for its titular, 1959 tract home development. Everyone in the ad is white, and just as you decide that’s part of the joke, the cheesy promo melts into candy-colored real life and a smiling postman discovers a black family has just moved in. The neighborhood goes ballistic while, on a nearby block, Matt Damon’s family deals with its own problems — the mob, insurance investigator Oscar Isaac, the sort of complications that drove earlier Coen brothers films from Blood Simple to Fargo. Sly, if not quite cream of the Coens’ crop. — Bob Mondello

Molly’s Game (Nov. 22): You expect snappy dialogue in an Aaron Sorkin gabfest, but who knew he’d be so sharp managing images in his first stint as director? This film tells the true story of Molly Bloom (Jessica Chastain), who ran high-stakes poker games involving movie stars and Russian gangsters. It makes the vagaries of poker, power and tax law crystal clear through dialogue, voiceovers (to fill those pesky wordless stretches) and annotated visuals edited with every trick known to filmmaking. Chastain notwithstanding, this film is as male-oriented as the rest of Sorkin’s oeuvre (Idris Elba gets the best speech as her lawyer), but purely as filmmaking, it’s an impressive debut. — Bob Mondello 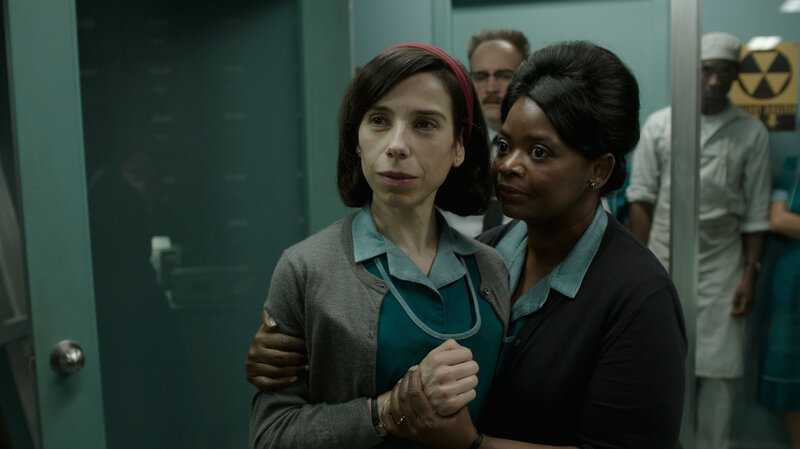 The Shape of Water (Dec. 8): Bubbles, droplets, puddles, moisture; on windshields, in glass pots boiling on the stove and in the gigantic, Cold War government lab that mute Eliza (Sally Hawkins) and enormously talkative Zelda (Octavia Spencer) clean every day. When the lab turns out to contain an amphibious critter (think Creature from the Black Lagoon), mythmaking and enchantment ensue. Guillermo del Toro shot The Shape of Water in gorgeous rusts and greens; he’s enlisted Michael Shannon as a bully and created moments that’ll make audiences think of everything from Thunderball to Amélie. Complex enough to inspire graduate dissertations galore. — Bob Mondello

Downsizing (Dec. 22): Director Alexander Payne begins with a sci-fi premise: In order to vastly reduce resource consumption, humans learn to shrink themselves to pocket-size. That way, they can live in terrariums and easily afford mansions that are basically made of popsicle sticks, all while saving the planet. Matt Damon and Kristen Wiig play a couple that decides to “get small,” and that part of the movie is pretty successful. Later, though, Payne gets bogged down in a lot of biblical, sometimes stereotype-driven hooey that isn’t as effective as the breezy critique of consumerism that the premise initially offers. — Linda Holmes