Last week at the 2021 Lucas International Festival for Young Film Lovers in Germany, the Cinema Without Borders jury announced the winners of the MOZAIK Bridging The Borders Award, as well as their Honorable Mention .

Here is the video report of the MOZAIK Bridging the Borders Award announcement at 2021 LUCAS – International Festival for Young Film Lovers. Keely Badger, a jury member and Executive Director of MOZAIK Philanthropy, the sponsor of our award, announces the award winners and then we watch the award acceptance speeches of the directors that shared 2021 MOZAIK Bridging The Borders Award

Here is MOZAIK Bridging The Borders Award jury statement:  “Welcome to the MOZAIK Bridging The Borders Award at the 2021 LUCAS International Festival for Young Film Lovers in Germany. Year after year, filmmakers from around the globe bring the truth of humanity to our hearts and minds through the power of film. These filmmakers capture through their lenses what it means to be human in so many parts of the world and in so many different contexts – the struggle and the resilience of all people, in all places. They raise awareness of unseen issues and champion the voices of many whose stories should not untold or be forgotten.

The MOZAIK Bridging The Borders Award celebrates this form of authentic independent cinema where viewers find inspiration and solidarity in the universality of human experience, and, in turn, are moved to meaningful action to address some of the greatest global struggles of our time. We are especially grateful to the LUCAS International Festival for Young Film Lovers for shining a light on films that advance our understanding of the experiences of children and youth all over the world, especially the human rights of vulnerable children and youth all over the world.

This year’s special mention film goes to BEANS. Beans is directed by Tracey Deer. Based on her own experiences, the director tells a coming-of-age story about a young Mohawk girl during the Oka Crisis, the turbulent Indigenous uprising that tore Quebec and Canada apart for 78 tense days in the summer of 1990. The film follows the individual and political self-assertion of a girl who is forced to grow up fast and become the tough Mohawk warrior for her community. Congratulations to Beans on this special mention recognition.

The Reason I Jump, directed by Jerry Rothwell is a truly beautiful and remarkable portrayal of people with autism – an intimate insight into their lives through sounds, images, associations, and words that open a window to an overwhelming, sensory universe that carries a message at its core: Not being able to speak does not mean there is nothing to say.

And our second winning film of the MOZAIK Bridging The Borders Award goes to Mica, directed by Ismaël Ferroukhi. Mica follows the life of a young 10-year-old boy born into the slums of Morocco and forced to work to earn money for his family. Soon realizing that he must take his fate into his own hands, Mica picks up a tennis racquet and with the mentorship of a former tennis champion, his talents on the court introduce new opportunities for a better life.

Congratulations to our winners on these distinguished awards. Thank you for the work you do, the stories you tell, and, importantly, how you tell them. ” 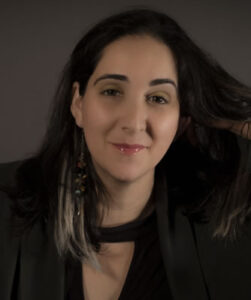 Parisa Barani is an award-winning Iranian American Canadian film director. Barani is slated to direct the upcoming features HARAM and HAJI and is in development for another feature based on Jennifer Blackmer’s play HUMAN TERRAIN. Her proof-of-concept short for HUMAN TERRAIN, which was produced in association with Abigail Disney and Adrienne Becker’s Level Forward studio, stars Maggie Siff and Sarita Choudhury and distributed by Refinery29/Shatterbox. It debuted at the SCAD Savannah Film Festival and was in competition at Geena Davis’ Bentonville Film Festival.

Barani’s directorial debut ABLUTION screened at festivals worldwide, including Mill Valley Film Festival, Palm Springs International ShortFest and Diversity in Cannes Short Film Showcase.
Barani is a participant of 2021-23 ViacomCBS Emerging Directors Program, the 2019-2021 Universal Directors Initiative and 2021 Creative Capital’s On Our Radar and a recipient of the 2016/2019 Tribeca Film Institute Sloan Grant and a grant from Neda Nobari Foundation. She has been shortlisted and semi-finalist for Sundance Screenwriters Lab, Sony Pictures’ Television Diversity Program, NBC Female Forward/Emerging Director program and Creative Capital Award.
In addition to filmmaking, Barani has curated and spoken on panels at SXSW, San Francisco State University and teaches at the Youth Cinema Project’s Latino Film Institute. She is a graduate of AFI’s Directing Workshop for Women and SITI’s Theatre Intensive Training at Skidmore College, where she was mentored by the legendary Anne Bogart.” 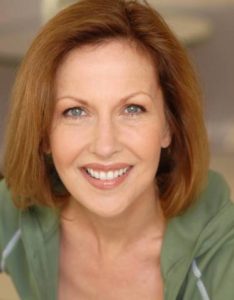 Rachel O’Meara has been a working actor across film, TV and theatre for over 20 years, and is a graduate of London’s Academy of Live and Recorded Arts (ALRA). Prior to that, she worked in media with the Saatchi Group in London, and in Dubai, also spending years working in Germany, France, Brunei, Nepal and Hong Kong, all together giving her a significant first-hand insight to international cinema. She attends as many different film festivals as she can. Rachel’s selected screen credits include the upcoming “Hyperions” (Cary Elwes), “Mechanic: Resurrection” (Jason Statham, Tommy Lee Jones / Lionsgate), “Day Of The Dead:Bloodline” (Millennium Films),“Training Day” (Bill Paxton / CBS), “Spotless” (Denis Menochet / NETFLIX), “War Inc.” (John Cusack, Marisa Tomei / Millennium Films), “The Experiment” (Adrien Brody, Forest Whitaker), “Until Death” (JC Van Damme), in addition to many more indie films and TV series.

Yeganeh Taheri, a graduated as a film editor from School of Television and Cinema in 1980 and left Iran for Germany in 1989 where she started her career as a stage actress. Yeganeh’s first performance on stage was with Farhad Majedabadi in A House in a suitcase. This was followed by a few puppet shows for kids in TV with Nargess Vafadar (The stories of Ghandi and his Mother & Jewel Box) and two other acting performance directed by Nilufar Beyzaee (Marjan, Mani and a few small problems & Face to face at the threshold of the cold season).
Yeganeh Taheri approached photography starting a decade ago and her photos shows her keen eyes for picking interesting subjects and compositions. She has covered many different subjects in her photos, including photos from theater performances.
Yeganeh Taheri still lives in Germany and beside photography spends her time on translation of children stories between two languages of Farsi and German.

MOZAIK Bridging The Borders Award winners:
Beans – Honorary Mention
Canada 2020. Director: Tracey Deer. Screenplay: Tracey Deer, Meredith Vuchnich
The nickname Beans actually stands for Tekahentahkhwa. The sheltered 12-year-old girl grows up near Quebec. Beans’ perfect world is shattered when conflicts arise between the Mohawk community and the neighboring town of Oka, which wants to construct a building on an indigenous cemetery. Peaceful protests are met with racist violence, stones and fired shots. Beans no longer understands the world. How is she supposed to deal with all this chaos? Based on her own experiences, the director tells the individual and political self-assertion of a girl who, against the backdrop of the 1990 Oka crisis, suddenly must grow up far too quickly.

Tracy Deer is a Canadian filmmaker. She received numerous awards, including the TIFF Birks Diamond Tribute Award for the series MOHAWAK GIRLS, which she directed. Deer is chairwoman of the Board of Women in View, a non-profit women’s equality organization in the Canadian media sector.

The Reason I Jump –  MOZAIK Bridging The Borders Award Winner
USA/United Kingdom 2020. Director: Jerry Rothwell. Screenplay: Naoki Higashida
They come from all over the world, yet they share a common fate: young autistic people who cannot speak. Based on Naoki Higashida’s bestseller of the same name, which described his life as an autistic person at the age of 13, THE REASON I JUMP portrays remarkable people who give an intimate insight into their lives. Sounds, images, associations, and words open a window to an overwhelming, sensory universe that carries a message at its core: Not being able to speak does not mean there is nothing to say.The British documentary filmmaker Jerry Rothwell has won numerous awards at international film festivals. Among others, his film HOW TO CHANGE THE WORLD won the World Doc Special Jury Award and the Editing Candescent Award at the Sundance Film Festival 2015.

Mica – Winner of MOZAIK Bridging The Borders Award
France/Morocco 2020. Director: Ismaël Ferroukhi. Screenplay: Ismaël Ferroukhi, Fadette Drouard.
Mica lives with his mother and his sick father in the slums of Meknès in Morocco. At the age of ten, he must already earn money for his family. As a suitable opportunity presented itself, he was sent to Casablanca. There he works as an assistant in a tennis club frequented by the city’s upper class. It is a strange world in which Mica has to live with humiliation and contempt and soon realizes that he must take his fate into his own hands. Fleeing to Europe seems to be the only way out. Only when the former Tennis champion Sophia recognizes his talent on the tennis court, a new opportunity arises for Mica.