Tahmineh Milani, acclaimed Iranian film director and screenwriter, is working on a screenplay adaption of a fictional book on teens entitled ‘The Percipient population of Planet Ourac’.

Written by Fariba Kalhor, author of children and young adults’ books, it is a story about a planet in the vicinity of Earth of almost the same size. The planet’s residents, who can become invisible via some magic gas emanating from a tree, are smart and live in a developed and industrialized environment. 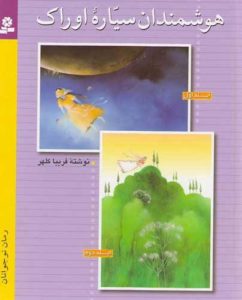 The Percipient population of Planet Ourac

One of them is Adapa who orders a telescope to help him accomplish his mission. Through the telescope he sees humans as shining halos moving around. To find out more about the halos, Adapa travels to Earth and comes across a girl with the biggest and most shinning halo and takes her to his planet.

“It is an interesting story and suits the taste of today’s teens,” Milani said, adding that a movie adaptation of the book can breathe new life into films for teenagers (rather rare in Iran cinema), Mehr News Agency reported.

The celebrated director says raising awareness and knowledge among children and teens with the help of science fiction screenplays is among her main concerns. 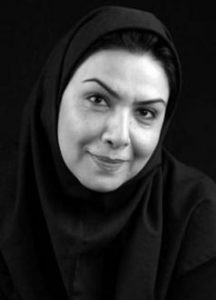 Author Kalhor, 56, has written numerous books for children and teenagers. ‘The Percipient population of Planet Ourac’ was first published in 1992 by Ghadyani Publishers in Tehran. Reprinted several times since then, it is considered one of the few local publications in the fantasy and science fiction genre