You are at:Home»Conversations»A conversation with Michael Franck, a social justice filmmaker

I have known Michael Frank for almost thirty five years and I met him for the first time in Finish embassy in Tehran, when I was receiving my visa to attend the Tampre Film Festival as a jury member. Michael just rushed to meet me as I was the first person in Iranian film industry he had encountered. I found Michael s young msn full of energy and love for people, Back then I could not imagine that later we will get involved in a few projects and become close friends.

Lately I had the opportunity of interviewing Michael Franck on camera about his work as a social justice filmmaker: (Bijan Tehrani)

Michael Franck is an internationally awarded documentary filmmaker, who has directed and produced more than 150 documentaries and fact programmed for TV-networks. His films main focus are on Finnish and Nordic culture, political history and entrepreneurship and future living conditions seen from a scientific perspective. Many of his films also feature sociology-political and human bridge building in the Middle East, where his family has been working and living for three generations. Many of his films have been shown also internationally. Both in Europe, the US and in the Middle East, where hos family has lived and worked already for three generations. 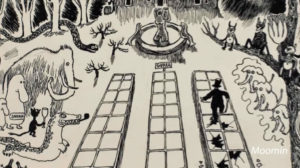 Michael Franck’s and his production company´s awards and nominations include both Finnish and international recognition:

Telvis Award for Best Documentary Film for “Soldiers of the Prophet” (filmed in Iran in the early 1980s),

Finnish Fox Prize for Best Documentary for “A Tale of Two Soldiers” (filmed in Lebanon in 1987- 88),

Finnish Government Quality Award 1990 – both for “Heart of the Warrior”  (co-produced with Stephen Peck, and filmed in 1989-1990 in the US, USSR, Vietnam and Afghanistan)

During his professional carrier he has interviewed several heads of state in The Nordic region and the Middle East as well as western dignitaries such as George Soros, Rupert Murdoch and Jean-Claude Trichet, former President of the European Central Bank. 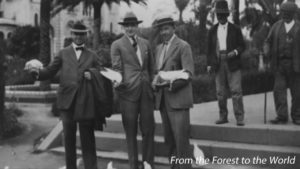 Currently he and his team has several documentary films in production through his and his family team´s production companies Franck Doc and Parad Fakta, including the story of the legendary Finnish Student Union, that came to be a base for the country´s globally known education system, and Michael Franck´s film portrait “My Godfather and Kekkonen” featuring the controversial Finnish cold war time pro western parliamentarian George C. Ehrnroothswho, was the documentation´s own godfather. The film opens a historic perspective on the cold war time in Finland, and the rule of the country´s long time President Urho Kekkonen, and his way of ruling the country, next door to Soviet Union.

In pre-production are several documentaries featuring interesting personalities, including a filmic portrait of African American artist Howard Smith (90), who arrived in Finland in the early 60 -ies and came to be “the softener of Finland´s strict modernism. Smith´s base home in Finland has since the last 20 years been the artist community in the mill village of Fiskars, where also Michael Franck has his family roots and a home.