You are at:Home»News»Majid Majidi’s Beyond the Clouds to open IFFI 2017

Renowned Iranian director Majid Majidi’s Beyond the Clouds, which marks his foray into Indian cinema, will raise the curtains at the controversy-ridden International Film Festival of India (IFFI) on November 20. The film, which stars actor Shahid Kapoor’s brother Ishaan Khattar in his big screen debut and Malayalam actor Malavika Mohanan, has been entirely shot in India with the local cast and crew. Oscar winner AR Rahman has composed its music. 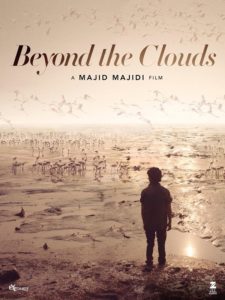 Beyond the Clouds revolves around the adoration of love, life and human relationships between a brother and sister which takes place in the ever bustling city of Mumbai. It is tri-lingual with dialogues in English, Tamil and Hindi. Bollywood director-writer Vishal Bhardwaj has apparently scripted the Hindi dialogues.
The film will have its premiere post the inaugural ceremony. Majidi, along with the lead actors, Rahman and Bhardwaj, is expected to attend the screening.
Majidi has had an illustrious career with a long list of awards and nominations like the 1998 Oscar nomination for the Best Film and the Grand Prix Des Ameriques award at the 25th Montreal Film Festival, 2001. His movie, The Song of Sparrows won the Special Award for Best Foreign Language Film National Board of Review, New York 2008. Other than these, he is best known for films like Children of Heaven & Children of Paradise.

The news of the government-sponsored annual festival comes amid a series of controversies. The Information and Broadcasting Ministry pulled out two selected films – Nude and S Durga, from the festival without apparently informing the jury. This led to the jury head, filmmaker Sujoy Ghosh, stepping down followed by resignations of two other jury members – screenwriter Apurva Asrani and National Award-winning director Gyan Correa.

While Marathi feature Nude revolves around the lives of women who act as nude models for artists, Malayalam film S Durga, which has received accolades at various international festivals, follows the horrifying experience of two hitchhikers, a man and a woman, in the dead of the night. The I&B ministry has yet not revealed the reason behind this sudden decision, which has naturally angered the filmmakers across the country. Many Marathi filmmakers, whose films are selected at IFFI, have threatened to stage protests during the 10-day programme.