Cinema Without Borders is proud to announce its partnership with Lucas International Festival for Young Film Lovers of Germany and offer GoE Bridging The Borders Award at this amazing film festival. CWB is also a Media Partner of Lucas

LUCAS – International Festival for Young Film Lovers celebrates its 41st edition this year from September 20th – 27th. Within the competition sections in the age categories 8+, 13+ and 16+ | Youngsters, LUCAS festival puts its focus on outstanding, international productions of children and youth films, including all film forms from fiction, documentary, to animation and experimental formats.

Under the heading “Get Involved!” LUCAS invites young film lovers to actively participate: They are part of the festival juries, host the Q&As, present films as patrons, and document the festival. During the festival week, filmmakers, producers, film literacy experts and professionals from all over the world meet in Frankfurt, Wiesbaden und Offenbach, attend the festival program together and discuss the films with the young audience.
In addition to the official competition sections LUCAS offers a diversified film and events program featuring even more screenings of classics from film history, the “Minis”, an interactive film program for children from 4 years on wards and thematic film series curated by youths as well as workshops and panels. 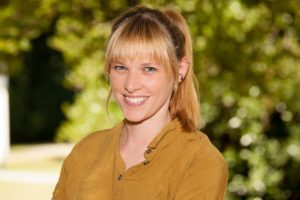 Marie Wolters
Marie Wolters studied theater, film and media studies and English studies at Goethe University Frankfurt and graduated in 2014. After several internships for film productions in Frankfurt and Cologne between 2010 and 2012 and a short stop in theatre – assistant director (2014) and dramatist at the national theater of Darmstadt (2015) – she started working for the Deutsches Filminstitut & Filmmuseum in 2015. First as part of the team of the SchulKinoWochen Hessen, she later organized a series of film pedagogical workshops (FILMmobil) and became part of the team of LUCAS – International Festival for Young Film Lovers where she is head of film literacy and school cooperation since 2016.