You are at:Home»Feature Story»Legion M, Bringing Investment Power to the Fans

I first saw Legion M at a Comic Convention and wasn’t quite sure about the idea of fan investment into movies, but Legion M proved that such an idea is pure genius. Legion M is a fan owned entertainment company with approximately 50,000 plus investors with an investment that averages around $500. You can invest $100 into the company and Legion M wants to make that $100 into $200 or $10,000. Investing in movies is a high-risk investment so investing what you can afford to lose is a good rule to abide by. The risk doesn’t stop the fans from wanting to be involved in the decision of what content gets their support. Legion M selects, funds and supports 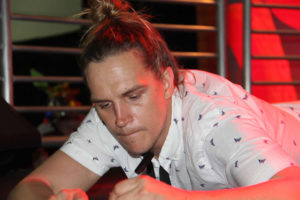 content. Content fans are passionate about. Legion M is working with experienced content creators like Stan Lee, Anne Hathaway, Nicholas Cage, Jason Sudeikis, Dean Devlin, David Tennant and Kevin Smith. Legion M recently invested in the Jason Mewes and Kevin Smith Jay and Silent Bob Reboot and they acquired the “Memory, The Origins of Alien” documentary at Sundance. Legion M isn’t only a financing entity, they are also a marketing company. 25% of their financing is spent on marketing to help build their brand, helps them get visibility, and grows their community. They are involved in co-marketing in such projects as “Tolkien” with Fox Searchlight. Legion M makes money through Feature Film P&A Projects, Feature Film Equity Investment, Development, Marketing Partnerships, Merchandising and Distribution.

The fans have many tools available to them through Legion M have a voice in the projects Legion M gets involved in. M-Pulse is Legion M’s online system that allows their investors to rate and evaluate the company’s past, present, and future slate of projects. This tool asks fans what project should be made next. Major studios rely on focus groups, intuition with political and social dynamics that determine what they will green light. Legion M’s model is to listen to their investors. Legion M also has an advisory board with members like Dean Devlin (Producer “Stargate”, “Independence Day”), Scott Landsman (SVP Comedy Development) Sony Pictures Television), and the founder of Alamo Draft House Cinema, Tim League. The Advisory Board has members with years of experience in the entertainment business that generated major hits that have a finger on the pulse of 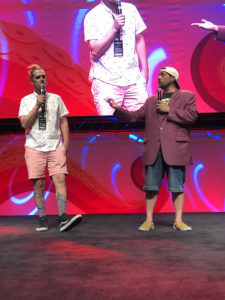 successful projects. Recently Legion M introduced SCOUT, an online system that allows Legion M members/investors to become scouts, and hep evaluate potential projects at film festivals. Meetup Maker offers the volunteers to organize local meetups in their area for movie premieres and other Legion M meetups. This gives Legion M a powerful fan-based grassroots marketing and PR engine for new releases and word of mouth promotion. Mogul is an online tool that allows the investors to rate over 400 projects as part of their Elevator Pitch Project. I would imagine this would be valuable data revealing trends and genres that fans love focusing Legion M’s resources. The Facebook page allows the members and investors to communicate directly to the executives and staff. The Sponsorship Program allows members/investors to earn commission on sponsorship of Legion M events. Legion M harnesses the power of social media through their fans expanding the company’s ability to promote, inform, and grow their market.

When I attended LA Comic Con this year, I met their Co-Founder and CEO Paul Scanlan who is passionate about his company, and his investors. Legion M was promoting the “Jay and Silent Bob Reboot”. “The fans told us this is the movie we want to invest in.” Paul says, “We are very happy to be involved in this film.” Legion M is also a sponsor of LA Comic Con. I feel there is a synergy between LA Comic Con and Legion M as the CEO of LA Comic Con Chris DeMoulin built his convention as a convention created for fans by fans, influenced by the Los Angeles fan base, and the culture of entertainment. This makes perfect sense for Legion M to promote their projects in a place where their fans thrive. “Jay and Silent Bob Reboot” was given the star treatment on the LA Comic Con floor with promotional displays and photo opportunities. Jason Mewes and Kevin Smith did a hilarious 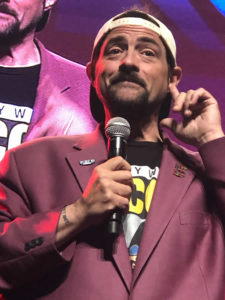 Main Stage panel explaining the origin of their relationship. Legion M creates displays for all their projects on the show floor. I was impressed by the amount of real estate they give their projects and the attention to merchandising including the Funko Pop toys. “Jay and Silent Bob Reboot” was released October 15, 2019.

In a movie business that generates trillions of dollars, indie film projects struggle to find financing and an audience. I think the business model Legion M provides gives a great opportunity not only to fans but future filmmakers and content creators to invest in a community that has the ability to support their projects in their work. It is a risky adventure to invest in a new business model. I don’t know if this is for everyone, but for filmmakers, creators, and fans it is another option.

For more information about Legion M, go to http://www.legionm.com