You are at:Home»Conversations»An interview with Lane Kneedler about 2019 AFI FEST

In order to learn more about the 2019 AFI FEST we had the opportunity of interviewing  Lane Kneedler, Programming Director of AFI FEST on camera:

Each fall, AFI FEST presents the year’s most significant films. Kicking off the awards season each year, AFI FEST offers a crucial avenue of exposure to the entertainment community. Featuring international work from emerging filmmakers, global showcases of films from the great masters, tributes and red-carpet gala premieres, AFI FEST brings the very best of world cinema to the city of Los Angeles, the film capital of the world. The Academy of Motion Picture Arts and Sciences recognizes AFI FEST as a qualifying festival for the Short Films category of the annual Academy Awards. 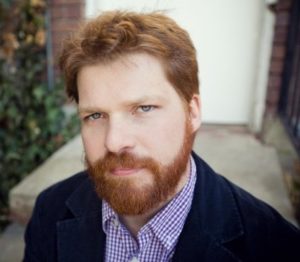 Lane Kneedler is the Director of Programming of AFI Festivals for the American Film Institute (AFI). Kneedler has been with AFI since 2005. In 2000 he began working for the Sundance Film Festival and became a programming consultant for the festival, the Sundance Screenwriters and Filmmakers Labs.

Kneedler received his B.A. in Film from the University of Colorado where he studied under many influential experimental filmmakers such as Stan Brakhage and Phil Solomon.