A film shot in Christchurch by celebrated Iranian director Reza Dormishian will debut at a Brazilian film festival this month.

Dormishian made his fourth film, which is set in the aftermath of the 2011 Canterbury earthquakes, during his time in Christchurch in late 2015. 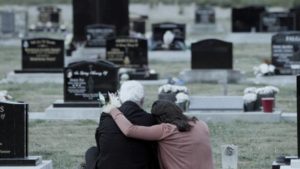 He was in Christchurch as part of the Vincent Ward Prize, a University of Canterbury scholarship for visionary film directors. The scholarship was awarded to the director at the Shanghai International Film Festival for his social realist film I’m Not Angry.

The film is called White Chairs and is the story of love between two young people who both lost their parents in the Christchurch earthquakes. It will be first shown at the Sao Paulo Film Festival on October 27.

Dormishian said the film was “experimental” and was the first joint production between Iran and New Zealand. The film was made with University of Canterbury students and stars local actors Mathew Joils, Emily Hurley, Michael Adams, Stephen R. Caran and Alex Olsen-Smith.

Speaking while he was making the film in Christchurch in November 2015, Dormishian said he was familiar with earthquakes as they are common in Iran.

“There have been two massive earthquakes in my lifetime in Iran and thousands of people have died in them. Perhaps one of the things people in Iran have in common with New Zealanders is we are both living above big fault lines.

“We are always waiting for a massive earthquake in Tehran. We hope it never happens because if it does there would not longer be any Tehran left.”

He said the film would focus on how the death toll in earthquakes was the responsibility of people, rather than the natural disaster, because of the way we design buildings.

“Making this film here is really important for me. I’m trying to convey a universal message.

“The message is that it is not the earthquakes that kill people, it is we as human beings that are responsible for the death and destruction.”

He was inspired by Christchurch’s earthquake-damaged central city.

“It is moving to see some of those places and I hope I can communicate this feeling properly in this film. This film is also a kind of paying tribute to the victims of the earthquake in Christchurch.”