You are at:Home»Conversations»Let’s go to the movies! Opening this week!

Kino Marquee is a new initiative that creates “virtual cinemas” for temporarily closed independent theaters. Local audiences support their community’s theater in these uncertain times by buying a virtual “ticket” to watch the film. Their ticket purchases directly support their local art house as all revenue is being shared between distributor and exhibitor, just as if they bought their ticket at the theater’s box office. Kino Marquee currently works with over 200 art house theaters across the nation.

To learn more about how the idea of Virtual Cinemas work we had an on camera interview with Nicholas Kemp is the Director of Theatrical Marketing at Kino Lorber: 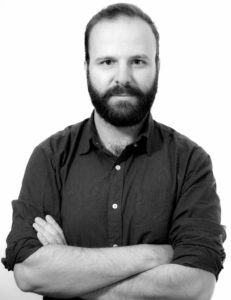 Nicholas Kemp is the Director of Theatrical Marketing at Kino Lorber, a leading art-house film distributor based in New York. He oversees campaigns for the company’s 25+ theatrical releases each year, including foreign, independent, and documentary films, as well as repertory releases of restored classics. In response to the COVID-19 pandemic, he helped the company launch their Kino Marquee initiative, pioneering “virtual theatrical” releases of art house films with revenue shares that allow audiences to support their local independent theaters. The first film launched on the platform, Cannes Jury Prize-winning Brazilian film Bacurau, has already been booked by over 150 theaters. He previously worked for five years in the Digital and Marketing departments of the Film Society of Lincoln Center and, before that, freelanced for a variety of websites including indie film champions Hammer to Nail. He graduated from Columbia University and lives in Brooklyn.