You are at:Home»Feature Story»Josh Peterson talks about HP Workstations and Bridging The Borders Award

HP Workstation Department is the partner and sponsor of Bridging the Borders Award at the Palm Spring International Film Festival and Palm Springs ShortFest Film Festival. To learn more about what HP Workstation offers for filmmakers and editors and involvement of HP by supporting cultural activities we spoke with Josh Peterson. 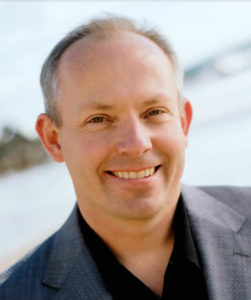 Cinema Without Borders: In recent years HP Z Workstations are the most important player in the American film industry, a realm that for a long time belonged to other companies, how has this change come about?
Josh Peterson: In 2009, we announced the first members of the HP Z Workstation portfolio. This strategic move was viewed as the most significant workstation product launch of Windows/Intel-based products in workstation history. Our announcement in 2009 dramatically changed the vendor landscape and set the industry on a resurgence.

Starting in 2009, media and entertainment firms were quick to adopt the HP Workstations because they offered unprecedented performance, value and serviceability in a sleek new design. The HP Z800, HP Z600 and HP Z400 Workstations were the culmination of more than 20 HP design innovations including tool-free and cable-free designs. HP’s engineering investment in the Z line quickly paid off for customers that reported step-change performance improvements ranging from 300 to 500 percent. 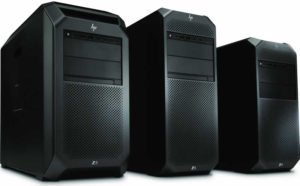 CWB: How HP Workstations deals with being almost the only major player in the film industry? Sometimes a situation like this stops the companies from being innovative and improve their products.
JP: HP Workstations evolved over the years with industry-first innovations to meet our customer needs, including our most demanding customers – those in the film industry. Filmmakers constantly push the limits of creativity and HP thrives on delivering solutions for these customers. In both desktop and mobile systems, HP Z Workstations help boost productivity with multi-core processors, large memory capacities, leading-edge graphics, and unique technologies built for the media and entertainment industries, such as Thunderbolt for I/O connectivity, HP Z Turbo Drive to dramatically accelerate complex work flows and HP DreamColor technology are a few examples of HP’s deep commitment to serve the innovative technology needs of media and entertainment industry pros.

Recently, HP announced the HP Z8, the most powerful workstation on the planet with security features that denote HP as having the world’s most secure and manageable desktop workstation. Both of those attributes resulted from the customer feedback about the ongoing need for performance and the new demands for security. The stakes for world-class security have never been higher or more important for customers. Workstation users create the most valuable IP for a company and every media company is concerned about securely storing, processing and delivering protected media and content. All three of our new Z desktop workstations meet the various needs of filmmakers, including creating and deploying VR experiences.

HP continues to offer world-class innovation, testing and reliability to power filmmakers, designers, artists, explorers and other visionary thinkers. At the 2017 NAB conference, we announced the world’s most secure and manageable mobile workstations – HP ZBook Mobile Workstations. The new solutions-packed devices include award-winning display technology, 3D graphics and server-grade processing power – all in a compact, mobile design. We also revealed a true Cinema 4K display, arming color professionals with new features, like color-critical accuracy and automatic color calibration, to produce the films and animations of tomorrow.

CWB: Please tell us about recent involvement of HP in major motion picture productions?
JP: HP has been a leading innovator in the Media & Entertainment industry for over 75 years, from the very first audio oscillator for the film Fantasia to being honored by the Academy of Motion Picture Arts and Sciences for its DreamColor display technology in 2015*. HP’s history is inextricable from creativity and artistry. Quite literally, HP is often behind the best Hollywood, Bollywood and Indy films. Since 2011, 80 percent of Academy Award Nominees for Visual Effects have used HP DreamColor displays. And for the last ten years consecutively, HP Z Workstations helped power every single Academy Award-winning film in the Visual Effects category.

CWB: What are the new offerings of HP Workstation technology for Independent filmmakers that do not have big budgets of major studios?
JP: The democratization of technology continues to drive innovation across all sizes of workplaces. Today, HP mobile and desktop workstations can be purchased for under $1,000. Digital innovations have pushed new workstation-powered segments to new heights of productivity to produce the explosion of digital content. As with many trends, the content creators in Hollywood, Bollywood and other media and entertainment centers around the globe are helping speed the democratization of technology. HP believes the current decade is the most important ever for the professional category. Workstations have undergone a complete change to emerge as tools that single-person firms to global enterprises can use to enhance compute power and increase productivity.

CWB: HP’s Bridging The Borders Award, sponsored and supported by HP Z Workstations and offered by Cinema Without Borders at Palm Springs International ShortFest and Palm Springs International Film Festival, that goes to the films that brings people of our world closer together, has been welcomed by US and international filmmakers, how do you see these cultural involvements of HP supporting the film communities?
JP: HP is deeply committed to the needs of artists and other professionals working with animation, 3D, visual effects, and CG applications. We share a similar passion with Cinema Without Borders for supporting and bridging cultural gaps to creative artists who are truly bridging the borders in filmmaking. Our unwavering commitment to those professionals can be seen in our latest line of HP Z Workstations – nearly every innovation and enhancement was the result of direct feedback from our global customers. 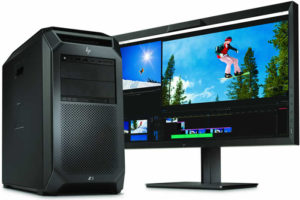 HP has been working with Cinema Without Borders for several years, and we share a similar passion for supporting independent filmmakers in their creative pursuits. Most recently, we’ve been working with Milica Zec and Winslow Porter who are truly bridging the borders by transporting audiences into an active war zone through a short virtual reality film called “Giant”. This powerful film engages viewers in a way that lets them experience the real effect of war and empathize with people in other countries that live through it on a daily basis. HP is a very strong supporter of independent filmmaking, and when you pair our mission with that of Cinema Without Borders, it’s very natural for us to be committed to the needs of artists and other professionals who are bridging cultural gaps.

CWB: How international HP is involved in offering filmmaking solutions to international
filmmakers?
JP: As the trusted partner to the global film community, we listen to the needs of filmmakers from every region of the world. Our advisory council has representatives that span the largest global media companies to individual filmmakers. Our Z portfolio is designed to meet the variety of needs that each of those advisors shares with our product teams and senior management. We work with hardware and software partners across the globe to optimize our technology so filmmakers get the best performance and experience with the applications they use each day. Today, global digital collaboration and workstation needs from emerging countries are increasing global demand. The development of a new generation of new media content has spurred the need for more powerful PCs. The reinvention of the HP Z8, Z6 and Z4 resulted in HP’s most powerful desktop PCs that will meet the compute power needs demanded by the world’s inventors of change.