You are at:Home»Festivals»James Koenig talks about The 19th Scandinavian Film Festival L.A.

The 19th Scandinavian Film Festival L.A. (SFFLA) will be on January 14, 15, 21 and 22. To learn more about the festival we had an interview with festival’s director and founder James Koenig. 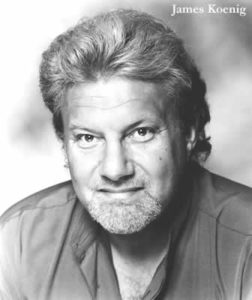 Bijan Tehrani: Please tell us about the 2018 Scandinavian Film Festival L.A. and the festival’s screenings location
James Koenig: Here we are again— and it’s hard to believe that the 2018 festival represents the 19th year of Scandinavian Film Festival L.A. We’ll be back at the Writers Guild Theater— our “home away from home” for the 19th year. I think I could drive to 135 S. Doheny a block south of Wilshire, around the corner from the Academy in my sleep. We love the theater, the staff, and the venue— plenty of room for networking, noshing, and “film talk!” I love to hear people in the lobby between films talking about what they’ve just seen— or asking about what they’re about to see. And it’s always true— if one person doesn’t like a particular, it’s another person’s “favorite.”

BT: How many countries have been covered in 2018? Any new film makers- will be introduced this year?
JK: We started out representing only the five Nordic countries. More recently we’ve followed the practice of 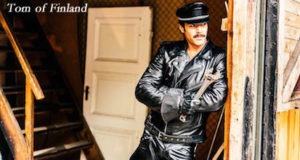 BT: Are there any Scandinavian Box Office hits among films screened at the festival? Any major award winner?
JK: Over the course of 19 years and more than 300 films we’ve seen both “hits” and “hidden gems.” Some years there have been several Nordic features that received Academy nominations— Not too long ago we had both Denmark and Norway compete with A Royal Affair and Non Tiki. If you look back over the programs from past years you see a lot of films that had Oscar nominations and quite a few wins! That goes not only for features, but for shorts, and documentaries as well. A great pleasure of doing the festival is watching various directors “evolution.” Sometimes we’ve had a short— and a few years later we see that same film maker with the Oscar submission feature film. It’s also quite interesting to see talented directors apply their craft to different kinds of stories.

BT: Will there be any filmmaker guest attending the festival and Q&A? 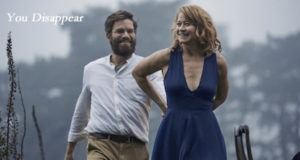 JK: We’ve had wonderful guests at the festival— depending on who’s in town. We don’t have deep enough pockets to invite, transport, and provide accommodation. But we do roll out the red carpet for them as we can. It’s always fun to do Q& A and interview both on-screen and off-screen talent— directors, writers, actors. I recently had the pleasure of fielding questions for Norwegian Director Joachim Trier and his writing partner Eskil Vogt. The Norwegian Oscar submission described as a supernatural horror=thriller is their film “Thelma.” It’s quite different than their film Reprise which we screened a few years ago, or their American film Bigger than Bombs. We’ve also had Swedish Director Ruben Ostlund at the festival— back this year with “The Square,” which, by the way, is contending at the Golden Globes this weekend. And we’ve also had Finland’s Dome Karukoski at the festival. His “Tom of Finland” this year tells an important part of LGBT cultural history. And that story starts in Finland but continues right here in Los Angeles. In fact, around 1981 I was in the grocery store and heard a Finnish accent behind me and said hello to non-other than Tuokko Laaksonen, the artist known as Tom of Finland. We ended up having a very nice conversation. This year is quite interesting–it’s almost like Nordic cinema is “coming out of the closet.” Thelma highlights a relationship between the title character and another girl. For many years one didn’t see many gay characters in Nordic films except a few rather stereotyped ones. Invisibility no more… We’ve also had Danish Director Peter Schonau Fog at the SFFLA. His film “You Disappear” represents Denmark in the Oscar race. Baltic entries are excellent as well— films like Latvia’s “The Chronicles of Melanie,” and Estonia’s “November,” and Lithuania’s “Frost” are wonderful films.

BT: Are there any US or Los Angeles premiers among the films screened at the festival? Any Academy Award nominees?
JK: International cinema fans make up a great part of our audience. Everyone can check out the full schedule and even order tickets at www.sffla.net. There’s also info on films and links to the films’ websites. In fact, we like to think of the festival as “cinema cultural exchange.” 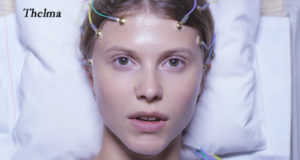 BT: How can international cinema fans attend the festival?
JK: It is always a challenge to continue the festival— funding being the greatest challenge. We do a lot and are known for quality, style, and producing (for lack of a better word) “classy” festival. People love the opening gala buffet and chance to network, and nosh and enjoy the shared experience of film. For me, it’s that shared experience and people’s sense of discovery and enthusiasm for film that makes me roll up my sleeves and go for another round! And next year— well, we’ll see! How could you NOT have a twentieth anniversary festival!

BT: We have the same question as every year how can you continue to have this challenging festival to happen on annual bases? And how challenging was to arrange 2018 festival?
JK: I should add that the whole principle of “cinema without borders” is important to us. Each country has a quality that is singular and unique. But the stories— real ones, and imaginary ones all illustrate our common humanity, which has no borders, flags, or limitations. We celebrate the stories of eight different countries— but the stories show us what we have in common. Humankind has not always “gotten it.” Our festival closing film should not be missed–“Across the Waters” tells the story of Danes helping Jewish neighbors escape Nazi totalitarianism. Oh, and yes— we also have comedy!! And sex— lots of sex— It’s rather universal! But you’ll have to see for yourself.