You are at:Home»Conversations»An interview with Ali Asgari, co-director of The Silence and Disappearance

The Silence is a short film written and directed by Ali Asgari and Farnoosh Samadi, Iranian-born filmmakers, also responsible for Disappearance, which we discussed when it appeared at this year’s Toronto film festival. (At the latter event, Asgari was credited as director and Samadi as co-screenwriter on Disappearance, but the pair apparently consider themselves co-directors of their various films.) The Silence, which showed at the Cannes Film Festival, has been nominated for and won numerous awards. 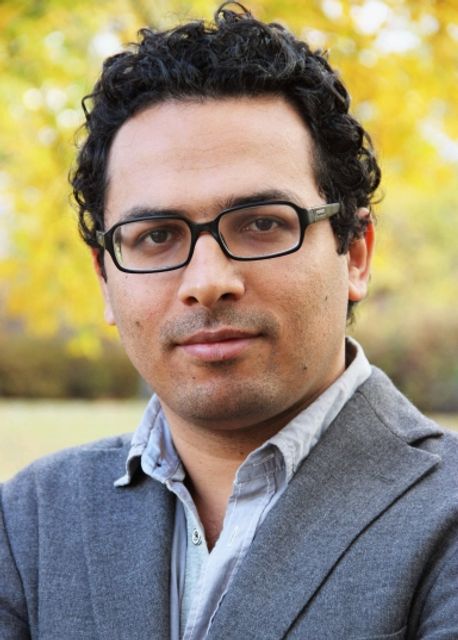 In The Silence, shot in Italy, a mother and young daughter sit in a waiting room, indistinguishable with its plastic chairs and stoical clientele from thousands like it in different parts of the globe. The older woman’s garb, including a head scarf, suggests Middle Eastern origins.

In the following scene, the girl stands in front of a screen behind which her mother is being examined. A voice, the female doctor’s, in accented English, asks, “Does it hurt here? Do you feel pain?” The girl has to translate, “Mom, do you feel pain where the doctor is touching?”

The doctor later sits across a desk from the woman and her daughter. On the phone, now in Italian, she asks for a Kurdish interpreter. “No, two days is too late. I have a patient who should be hospitalized immediately.” After hanging up, she asks the daughter to go out. The doctor addresses the older woman, in English, “Cahide, I must talk to you about your illness. Your pain.” But Cahide does not speak English, or not well enough, and calls her daughter back, “Fatma.” 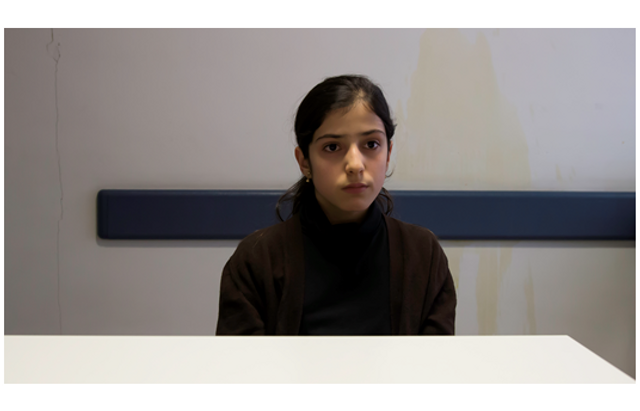 The doctor is forced to speak to the girl. “We must talk about your mother’s illness. Ask your mother, please, if I can tell you about her disease.” The mother agrees. The doctor wastes no time, “Your mother has breast cancer. And she’s had it for a long time. So the disease is very advanced. She needs immediate treatment. I’m sorry…”

The mother asks again, “What did the doctor say?” Silence. Fatma goes to the restroom. Her mother seats herself, in obvious discomfort, in the waiting room again. A second mother and daughter, younger versions of the central characters, are there. When Fatma returns, her mother is gone. She searches the hospital, before finally finding her mother in conversation with a “Kurdish interpreter”–the second Middle Eastern woman, perhaps pressed into service.

The bad news is communicated bluntly, “You must have an operation very soon. Your disease is very advanced.” Overhearing what’s said, Fatma finds it too much. She goes and sits on a hospital bench and carefully inserts her fingers in her ears. Silence again. The terrible conversation over, Cahide comes out and sits, without a trace of self-pity, beside her daughter. Fatma is obviously moved and embraces her mother. 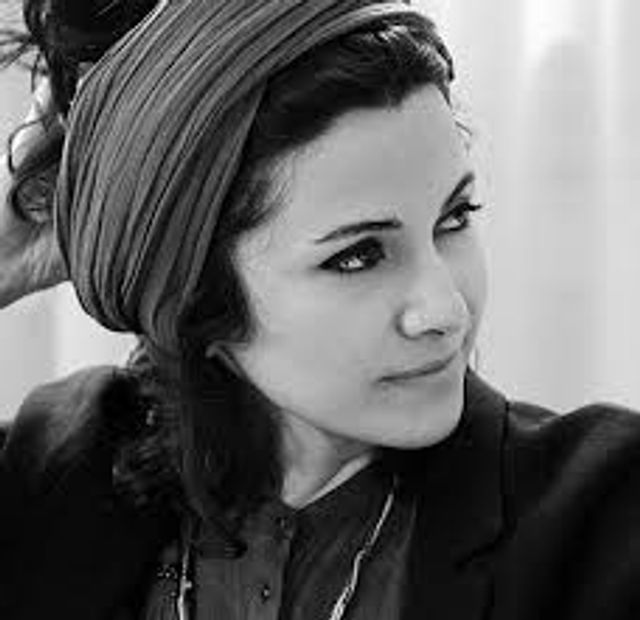 The film is only 15 minutes long or so, but it suggests a good deal, not simply about a painful personal situation, but also about the circumstances of immigrants, perhaps refugees, in a foreign place, isolated by language and culture.

The longer work by Asgari and Samadi, Disappearance, follows a young unmarried couple in Tehran, who have just had sex for the first time. The young woman needs medical assistance, but their situation is frowned upon or actually illegal. In one hospital after another, Sara and Hamed run up against bureaucracy, threats of calls to the police and so on.

As we wrote in our coverage of the festival: “This painful, humiliating process goes on most of the night. Sara eventually tracks down a friend, a medical student, who tries to help. Exhausted, frustrated, Sara and Hamed argue at one point. She’s always afraid he’s going to go and not come back. There’s a drugstore in the middle of the night … and later, a doctor who will perform the procedure, but for more than all the money the young people have in the bank. Her tuition money goes, his savings. The surgery is performed. The car needs gas. He goes for it. When he comes back, she’s not there.” Has she jumped off the bridge? We also noted, “the situation is inhuman and cruel, and Asgari has every right to expose it.”

In The Baby (2014), another short film by Asgari and Samadi, Nargesse and her friend have just a few hours to find someone to take care of her illegitimate baby, which she is hiding from her parents. More than Two Hours (2013) is a 15-minute treatment of the story expanded to feature length in Disappearance–a young man and woman wandering in Tehran looking for medical treatment for her. 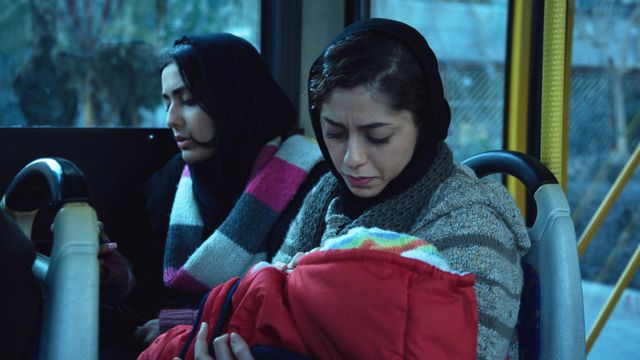 Asgari speaks frankly about censorship in Iran. He told another interviewer, “Topics such as sex, religion and politics are the most censored and there is a very tight censorship on them.” But he spoke about censorship in the West too. “I think that ‘censorship’ is not just when a government prevents you from making a film or from publishing a book. There is also a more subtle form of censorship that takes place, for example, when powerful lobbies manipulate directors from a form of artistic cinema to more mainstream forms of entertainment. In Italy, there is no official censorship, but it seems to me that there is some sort of ‘influence’ that leads young filmmakers to make less and less creative and artistic films. It is almost a form of self-censorship to make kind of films they don’t really like to make.” ( Crossing the Screen )

I recently conducted an email interview with Ali Asgari. (When he says “we,” I presume he is referring to Samadi and himself.)

David Walsh: I have seen two of your films, The Silence and Disappearance(at the Toronto film festival). They are both humane, concrete and realistic. Both involve people, with difficulties, confronting authorities or bureaucracies. Is the situation of ordinary people in the face of the powerful an important issue to you?
Ali Asgari: Yes. When you are making films, you basically want to communicate through cinema. As a human being you cannot be silent and have no reaction to what is happening around you. You want to express yourself and your point of view regarding the world. Cinema is the best means to do that because you can talk, communicate, scream and, at the same time, you can entertain. 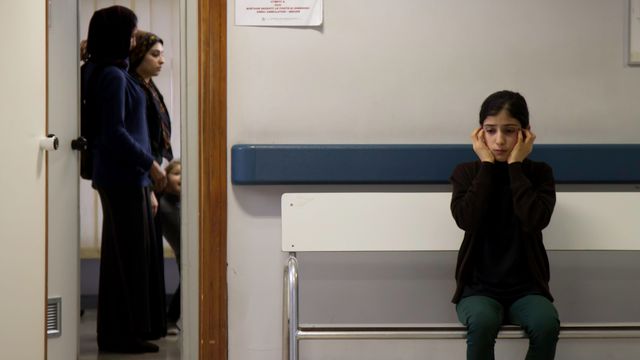 DW: In The Silence we see Kurdish immigrants or refugees in Italy. Millions of people have been driven out of the Middle East, Central Asia and other places because of wars led by the US. Could you explain your attitude toward the refugee crisis? Do you believe that people should be able to live and work in the country of their choice?
AA: The fact is that the wars in the Middle East are bad for the people living there. However, they are not bad at all for some countries who are getting benefits from these wars, wars that have been started by them. But the people living in these countries have the right to live in peace and happiness. The best way to do that is to end the wars, make these countries better places, raise the knowledge of the people and bring more peace there instead of making more wars.

Many of the people who are leaving their countries don’t want to leave and face the risk of passing through all these dangers, but they have no choice.

DW: We see many films today that are full of “action,” special effects and noise. Your films are not like that. Why are you making this different kind of film? 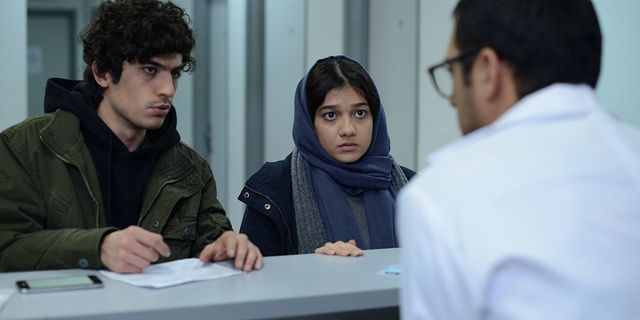 AA: As I mentioned to you before, I like to negotiate life through films, so I decided to find a non-artificial and calmer way to do it. Many films are being produced these days and some of them are using these elements you mentioned, which are distrustful of art cinema. At the same time these films are making people angrier and more aggressive and violent, and they have no value. They just want to entertain, and they don’t care about the results and the feedback.

DW: What is realism in art? What filmmakers have influenced you the most?
AA: Realism in art and especially in cinema does not mean showing pure reality or merely documenting events. There are many people who think they are making purely realistic films, but in fact it is impossible to show pure reality as long as there are cinema techniques like editing, visual effects and so on. The realism lies in the author’s point of view about reality.

We have similar tastes in cinema. There are various European filmmakers whose films we love.

DW: The media and the government in America attempt to poison public opinion against Iran. What do you think should be the relationship between the American and Iranian people? 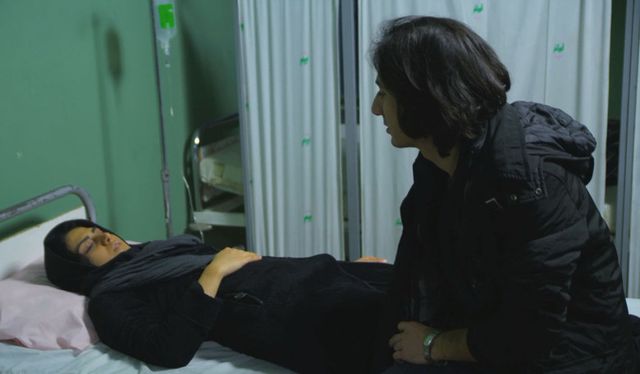 The good thing is that people everywhere in the world have no problem with one another and respect each other. But there are some politicians that benefit from separating people, so by means of the media and cinema they try to achieve their goals.

DW: What other subjects would you like to make films about?
AA: The subjects that interest us in this period are more or less connected with social issues and the lack of equality. These subjects are important to talk about, especially, because with cinema you can investigate and educate.

Written by By David Walsh  for World Socialist Web Site