Since 2013, Indie Meme has brought artful, affordable South Asian Cinema screenings to Texas. Now, the 2021 virtual edition can be attended by local & remote audiences across the United States.

LARA MORGAN
Lara is an Austin-based filmmaker and film fan. During her time working at the Austin Film Society, she worked with festivals such as Indie Meme, Austin Asian American Film Festival, Cine Las Americas, and Austin Polish Film Festival. She has worked with SXSW over the years in several different capacities: as a QC team member, a projectionist, and as a film screener.
In addition to exhibiting film, she has worked on Austin projects such as NO NO: A DOCKUMENTARY, which premiered at Sundance, ALSO STARRING AUSTIN, which played at Austin Film Festival and Dallas International Film Festival, and most recently Richard Linklater’s APOLLO 10 1/2, which is currently in post-production.

CHITHRA JEYARAM
Chithra makes intimate documentaries about identity, human relationships, race, art, and health. A failed attempt to fund a film in India led her to quit a decade-long career as a Physical Therapist and get an MFA in film. Her documentary work is supported by BGDM Sustainability Grant, Jerome Foundation, Center for Asian American Media, New York State Council for the Arts, BAVC Media Maker Fellowship, Made in New York Fellowship, American Institute for Indian Studies, Lancet, Dance Films Association, and pitched at competitive industry events like the IFP project forum and Sheffield Meet Market. In the near future, she hopes to direct narrative features and fantastical episodic content. She is an avid runner and has completed 14 marathons. Food is her first love.
Her current WIP is OUR DAUGHTERS, a feature documentary that provides a rarely seen look at adoption in America through an immigrant lens. A South Asian woman desperate for motherhood and a single white mother seeking a home for her twins cross paths unexpectedly. Through open adoption, both take big risks and make surprising choices for their daughters.

BIJAN TEHRANI
Bijan Tehrani is president and founder of Cinema Without Borders Foundation and Editor in Chief of Cinema Without Borders & CineEqul, two online publications dedicated to international and social justice cinema. Bijan has been an award-winning writer and film director that has also received multiple awards for his services for promoting international cinema in the US and around the globe.
During the last half of the century Bijan has been a member of numerous international film festivals. He has also organized several film festivals and recently he has been the Director of ELAC International Animation Day Festival, that in April 2021 will hold its 7th edition. Bijan also founded Bridging The Borders Award fourteen years ago, that has been given to a film that helps to bring people of the world closer together, in eight festivals around the world.

Nominees for the Best Narrative Feature: 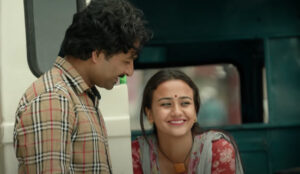 Bulbul
Nepal I 116 mins I Drama I 2019 I Nepali w/ English subtitles
Ranakala is sustaining her life as a tempo driver in Kathmandu. She lives in limbo, waiting for news of her husband who ventured abroad six years ago and has neither visited nor sent funds, leaving Ranakala to care for her paralyzed father-in-law and their daughter. Yet increasingly, she cannot ignore her own unfulfilled desires for companionship.
In the midst of these disappointments, Chopendra, 29, makes an entrance. He helps her get passengers and makes her laugh with his easy wit. The two grow close and, despite her reservations, love blooms.
And yet, a strange ambiguity hangs over their new life. Can Ranakala and Chopendra’s dreams flourish in these conditions? BULBUL is a unique and engaging modern love story, made with humor, style, and a welcome focus on women’s working and private lives. These qualities and more earned it a place as Nepal’s official submission for the 92nd Academy Awards. 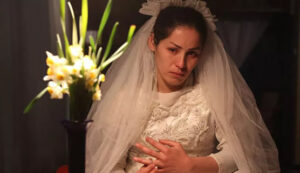 Hava, Maryam, Ayesha
Afghanistan I 83 mins I Drama I 2019 I Dari w/ English subtitles
From experienced documentarian & filmmaker, Sahraa Karimi, the first woman in Afghanistan with a PhD in cinema directing, comes the resonant story of three women from different backgrounds; each living in Kabul and facing a pivotal challenge in her life.
Hava, a traditional pregnant woman is living with in-laws. Her only joy is speaking with the baby in her belly. Maryam, an educated news reporter, is on the verge of divorce with her unfaithful husband when she learns she is pregnant. Ayesha, an 18-year old, agrees to marry a cousin because she carries a hidden pregnancy from a vanished boyfriend.
Each of them has to solve her problem herself for the first time. Karimi’s tale, woven with care, narrates the lives of women who haven’t had a voice in years and are now ready to change their destiny. 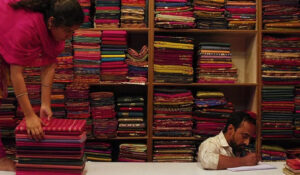 Nasir
India I Netherlands I Singapore I 80 mins I Drama I 2020
Tamil w/ English subtitles
Nasir, the eponymous protagonist, is a quietly humorous romantic. He straggles through life to make ends meet as a salesman so he can take care of an ailing mother and adopted son.
Nasir’s day appears ordinary – he takes a bath, speaks to his son, pens a love letter to his wife, and goes about various chores. He weaves through the city, navigating people and philosophies. As the day lengthens, his path takes a turn for the worse as communal bigotry rears its ugly head.
Shot in rich hues on Super 16mm, this taut, 85-minute gem builds expertly, drawing a portrait of a community where neighborly bonds are challenged by with stoked hatreds & surging unrest. The elegant groundwork leads into an ending Variety dubbed “the kind of gut-punch that doesn’t disappear once the lights come up.” 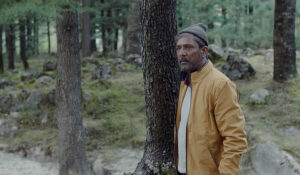 Nirvana Inn
India I 102 mins I Mystery I Horror I 2019 I Assamese, Hindi w/ English subtitles
Starring National Award winning actor, Adil Hussain, this atmospheric, psychological horror film tells the story of a suicidal boat driver who intentionally capsizes his boat with all his passengers aboard.
While the passengers are killed, the driver himself miraculously escapes. Tormented by guilt, he takes up a job as the caretaker of Nirvana Inn; only to
witness his past victims check in to the resort.
The story was inspired, in part, by a newspaper article about the uniquely tragic 2015 Germanwings Flight 9525 crash, in which a suicidal co-pilot deliberately flew into the French Alps, killing all on board.
Nirvana Inn premiered at the Busan International Film Festival, where it was celebrated as “a visual feast, showing a keen eye for how to create tension through its presentation.” (Asian Pulse) First Post called it “fearlessly complex, mysterious, atmospheric and impeccably performed.” 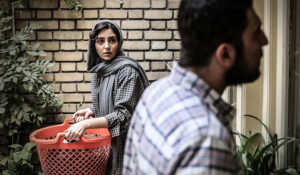 Seven and a Half
Iran I 75 mins I Drama I 2019 I Persian w/ English subtitles
The tales of seven girls: Shabaneh, Negar, Nahid, Fereshteh, Niloufar, Rahil, & Shekar. Although each has her own individual story, none has the chance of finding love after they lose control of their destiny, either through forced marriage or sexual violence.
Director’s statement: When I was a child, I attended a village wedding in my native Afghanistan. As the music played the villagers danced with great joy to the point of dropping with exhaustion. As dawn broke, a terrifying scream woke the sleeping guests. The groom had killed his bride after discovering she was not a virgin.
In the eyes of those attending, the young woman’s family had forever been dishonored. Though very young, I still remember this dramatic event and retain the fear that marriages may well end in mourning. 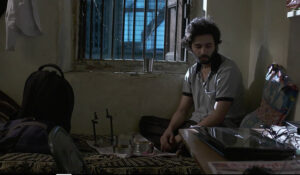 Trijya (Radius)
India I 91 mins I Drama I 2019 I Marathi w/ English subtitles
In an age where, being oblivious to your true self has increasingly become a reality for many, artistically inclined villager Avdhut Kale struggles to find his place in the metropolis of Pune.
Working as a reporter for the local newspaper, he is stuck writing the horoscopes. At home, he faces the prospect of an arranged marriage. The mounting societal pressures create a disconnect from his true self, yet he is overcome by his own passivity and seeks perspective from friends & family, who encourage him to find wisdom and spiritual insight.
Divided into five chapters, the film traces the journey of Avdhut from his rural hometown in India to the big city, taking us through the challenges of today’s modern way of life and the compromises one inevitably makes along the way to find peace and a place we can call our own. 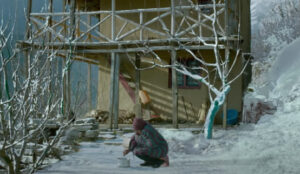 Veyilmarangal (Trees Under the Sun)
India I 108 mins I Drama I 2019 I Malayam w/ English subtitles
A Dalit family comprising of a man, his wife, and their son live in a backwater island in Kerala. During a heavy rainy season, their small house submerges in the flood water. The family loses their home, their property, and eventually their work.
They set for Himachal Pradesh to be employed as guards for an apple orchard. There, they reside in a modest house in the lone apple orchard in the middle of the Himalayan Mountains.
The place, language, and culture are all totally unfamiliar and they struggle to make a living amid the changing landscape and the caste discrimination that infuses daily life.
The film was captured over a year and a half shoot, as the team strove to incorporate the moods and phases of nature over spring, winter, and summer in this harsh and majestic landscape. 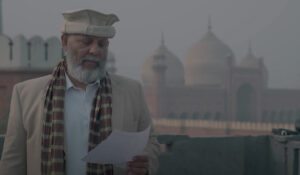 Zindagi Tamasha (Circus of Life)
Pakistan I 138 mins I Drama I 2019 I Urdu w/ English subtitles
A devout Muslim who writes, composes, and even records hymns praising the Prophet, Rahat is a respected elderly man who works in real estate and takes care of his bedridden wife. But as he prepares for the annual celebration of Prophet Muhammed’s birthday in Lahore, Pakistan, a trivial exposé from his private life becomes an internet sensation, calling into question his piety, respect, & sexuality – turning his life into a public circus. .
Chaos begins to invade his quiet life. Other than his wife, no one sympathizes with Rahat’s circumstances. His daughters and neighbors criticize him, his friends turn their backs. The film provides a calm, detailed picture of the challenging search for identity in a strict religious society through an elderly man who gradually comes to realize his own “minority” qualities.