Hossein Ghafari, an Iranian sound engineer, is also a photographer. Whenever he is part of a crew, shooting a film in location, Hossein uses any opportunity to takes pictures of not only behind the scene, but also the location itself. Lately Hossein Ghafari was on a set of a television series in the south western state of Lorestan.

Lorestan’s nature offers spectacular panoramas made of famous Zagros mountains, hundreds of water falls and springs and silk green vast plains. Hossein Ghafari has managed to record the beauty of Lorestan in his pictures. 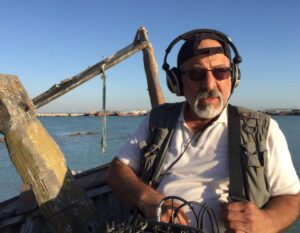