You are at:Home»News»Hooshang Azadivar, The man who knew too much

A real friend of cinema, who devoted his life into finding the real meaning of cinema as art, is not among us anymore. Hooshang Azadivar, an Iranian filmmaker, poet, and film scholar, passed away on April 27 In Tehran at the age of 76. We were friends for almost half a century. Hooshang was found of pure cinema with no ties to politics, he was a man of culture and his world was crushed when he did not find a chance to make the kind of movies he liked. The world after Iranian revolution was the world of compromises and Hooshang was a stranger in that world. 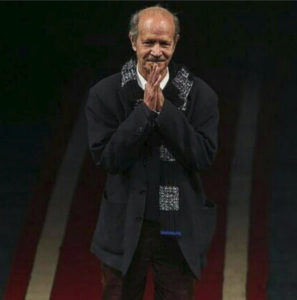 Hooshang Azadivar a graduate of School of Television and Cinema and Master Degree of Yale’s Art Studies is known for his theories on experimental theater, his research on the art of cinema and his translations and poetries.

Hooshang Azadivar against suffering from severe health problems never stopped working and he will live through a translation of the famous play of Stanislaw Ignacy Witkiewicz, “The Madman and the Nun” that will be published soon. Yes, he will stay with us through his poetry, his thoughts, his translations, films and his amazing and beautiful son & daughter, Parsa & Leily and Mitra his wife ( a film director and editor) that loved him dearly.