You are at:Home»Feature Story»CWB Jury & nominees for GoE Bridging The Borders Award at Lucas FF

A jury of seven formed by CWB will decide the winning films and on September 26th at the festival’s award ceremony, Yeganeh Taheri, CWB Editor in Germany will announce Jury Honorary Mention Film. Then Adam B. Shepherd, President and Chief Executive Officer of Go Energistics, sponsor of our award will announce the winner of the 2019 GeE Bridging The Borders Award in a video message and and the winning filmmaker receives GoE Bridging The Borders Award trophy from Yeganeh Taheri.

LUCAS – International Festival for Young Film Lovers, is Germany’s oldest festival for young audiences. In 2019 celebrates its 42st edition this year from September 19th – 26th. Within the competition sections in the age categories 8+, 13+ and 16+ | Youngsters, LUCAS festival puts its focus on outstanding, international productions of children and youth films, including all film forms from fiction, documentary, to animation and experimental formats. 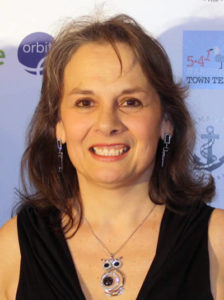 Sylvie Bolioli has worked in the entertainment industry for many years, practicing her skills in various disciplines.
She made her screen directing debuts in advertising, with TV commercials for Mexican television. She had previously written, directed and produced a series of radio commercials for a number of brands including Pepsi Cola.
Her short film GAS, based on a Hitchcock story written in 1919 and never brought to the screen before, starring Tony Hadley (Spandau Ballet), received extensive international coverage from the press, including a news piece on ITN, articles in The Hollywood Reporter, in the BAFTA magazine,… and a mention in Hitchcock’s latest biography written by Quentin Falk.
‘LAW & DISORDER: the Insanity Defense’, a documentary about the criminal responsibility of the mentally ill is her first feature film.
Her most notable work however is an ident for the Oslo World Cinema Foundation in which she directed Martin Scorsese.

Her acting career began as a child with ‘Le Jeune Theatre du Soleil’ in France. After studying at RADA Sylvie appeared in commercials on Mexican and European television. Her credits also include playing Sister Françoise for NBC Universal TV series ‘You, Me and the Apocalypse. She recently played Rose Montefiore in the British independent movie ‘Leave Now’.

Sylvie is the Founder and Director of the Ramsgate International Film Festival, of which Brenda Blethyn is the Patron.

Sandra Seeling Lipski: Born in Berlin and raised in Mallorca Spain, is the founder and director of the Evolution! Mallorca International Film Festival (EMIFF), located in Palma de Mallorca, Spain. She is an accomplished actress with notable credits such as CSI NY, Borat (Sasha Baron Cohen) and Jane the Virgin (CW). Sandra splits her time between Mallorca and Los Angeles. After having produced, directed and acted in several award winning short films, Sandra is currently preparing the 8th edition of EMIFF and in development of her first feature film as a producer and actress. Sandra holds an AA in dramatic arts from the Lee Strasberg Theatre Institute in New York City (2004) and graduated from the Los Angeles Film School with a degree in Filmmaking (2011). Sandra has recently been invited to speak on a panel organized by the SCL (Society of Composers and Lyricists) together with the AFI (American Film Institute) and enjoyed being a jury member of several film festivals incl. 2017 Mammoth Lakes Film Festival, 2017 Los Angeles Music Video Festival, 2018 SEEFest and 2018 Cinema without Borders Section at Palms Springs international Film Festival in California. 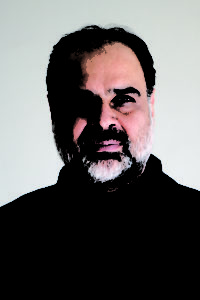 Mojtaba Mirtahmasb is a renowned Iranian documentary filmmakers. Having graduated with a BA in Craft Design from the Art University, he started making films in 1990. He has conducted research, scriptwriting, directing and producing for more than 40 documentary films, including Touran Khanom, Six Centuries Six Years, This Is Not a Film, Lady of the Roses, Off Beat, Back Vocal, The River Still Has Fish and The Banner. This Is Not a Film was the outcome of a directorial and production partnership with Jafar Panahi. It was first premiered at the 64th Cannes Film Festival (Official Selection) and was on the short list for the best documentary for the 2012 Oscar.
Mirtahmasb has won many prizes including the Crystal Simorgh (Phoenix) and the Jury Award at the Fajr International Film Festival, the Special Jury Award at the Cinéma Vérité Film Festival, Best Documentary Film Award from the Grand Ceremony of the House of Cinema, the NETPAC Award, UNESCO Award for Best Documentary Film, and the Best Experimental Documentary Film award from the US National Society of Film Critics.
Mirtahmasb was Member of the Board of Directors of the Iranian Documentary Filmmakers Association (IRDFA) for six years, serving two years as its chairperson. He is one of the founding members of Tehran Province Documentary Filmmakers’ Guild. In recent years, alongside researching and directing his own films, he has been conceiving and producing film projects, chief among them the Karestan Documentary Film Series. 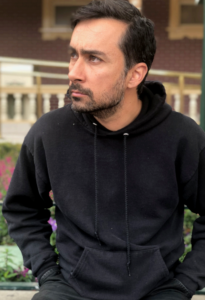 Bo started his film career interning at MTV in New York where he got hands on experience working closely with SuChin Pak in MTV News. Bo begin making skate videos in LA which led him to enter the world of music video.
From there he directed a commercial for Virgin Mobile that was nominated at the Cannes Young Director Showcase. Since then, Bo has worked with a wide range of global brands including Samsung, Mercedes-Benz and Ray-Ban amongst many others. More recently, Bo has just wrapped Uber’s first ever commercial campaign and a brand-new campaign for the NFL.

His work has been featured in numerous festivals worldwide and has garnered numerous accolades, including several Vimeo Staff Picks. Bo’s music video for “Disclosure” was voted one of the top 10 best music videos of 2015 by Rolling Stones, Buzzfeed and the Huffington Post.

Bo has recently sold a script to Warner Brothers and is in prep on his first feature film. He continues to go hard directing content that is co

The nine-year-old Chuskit lives with her family in an isolated Tibetan mountain village and has been wheelchair bound since an accident. It is clear to her grandfather that the girl is destined to live at home, but Chuskit cannot accept this at all. She wants to go to school and tries everything to change her family’s mind. Based on a true story, the gripping Indian film shows the resoluteness and strength of a girl who takes her future into her own hands and overcomes all resistance. (HA)

Vilde is 15, has blue hair, loves Japan and hangs out with her friends at Oslo Central Station-even on Christmas Eve. Until bad news reaches her. The Youth Welfare Office urges Vilde to call her father, who is a stranger to her. She leaves him a voicemail and flees through a window. What now? Money for a flight is needed. Tokyo is her place of longing after her own reality, which is marked by loss, sadness and abandonment. The noose tightens more and more. (AB)
Winner “Young People’s Jury for Film Award”, BUFF Malmö Int. FF 2019 (Sweden)

SLUT IN A GOOD WAY, CHARLOTTE A DU FUN
Canada 2019. Director: Sophie Lorain. 89 min.
17-year-old Charlotte is shocked when her boyfriend breaks up with her and reveals that he’s gay. With her girlfriends Mégane and Aube, she socializes offensively with other boys. Sophie Lorain’s award-winning Comedy illustrates the ruptures in popular ideas of friendship and sexuality. With wordplay and in artistic black and white, CHARLOTTE A DU FUN challenges the audience to reflect the way we deal with clichés, Gender roles and body dictates.

TWIN FLOWER, FIORE GEMELLO
Italy 2018. Director: Laura Luchetti. 96 min.
Through Sardinia’s rugged, barren landscape, Anna is on the run from a scary man and meets Basim. He is from Côte D’Ivoire and wants to head for Northern Europe. They carefully approach each other and soon they make their way together to defy dangers and hostilities. While Anna’s story unfolds through flashbacks, Luchetti touches on socio-political issues in a sensitive way. FIORE GEMELLI convinces sensuality and humanity with strong amateur actors and a subtle film language. (CS)
Winner “Antigone d’or” and “Amilcar du Jury Jeunes”, Festival du Film Italien de Villerupt (France)

UNREMEMBER, DESLEMBRO
Brazil/France/Qatar 2018. Director: Flávia Castro. A: Flávia Castro. 96 min. Feature. Portuguese OV with Eng. ST. and German voice-over. Suitable from age 12. Recommended from age 13
In her feature film debut, Flávia Castro tells the autobiographically inspired story of teenager Joana. At the end of the 1970s, Joana lives in Paris and returns with her family to her birth country Brazil against her will. In her new old hometown she begins a complex confrontation with her childhood in Rio de Janeiro. True, believed and invented things mix in Joana’s memories of her father’s disappearance during the military dictatorship. A quiet and imaginatively told film about growing up and memory. (CS)
Winner “Audience Award” and “FIPRESCI Prize”, Rio de Janeiro Int. FF 2018 (Brazil); “Prix SFCC de la Critique”, Biarritz Int. Festival of Latin American Cinema 2018 (France)

THE WAYANG KIDS
Singapore 2018. Director: Raymond Tan.87 min
Open and his girlfriend Bao Er are part of a group of primary school students in Singapore who are practicing for the performance of a Chinese opera. Open, the teacher’s son, is introverted and lost in thoughts. It is quite difficult for him to communicate with the other children. How is he supposed to play the leading role? Comedy and drama balance each other out in a subtle way in this film, which tells the rousing story of family togetherness as well as language and cultural barriers and their overcoming. (HA)

Brazil, the year before the 2014 FIFA World Cup. On a massive scale young people are protesting against social grievances and for their right to education. This is where the collectively produced documentary film by director Eliza Capai begins, continuing to the present day of state repression. Using authentic film footage, Capai assembles a document of the passionate protest actions and shows the harsh measures taken by the police. A highly topical plea for freedom of speech and civil resistance. (CS)