Cinema Without Borders’ jury members to decide the 2019 winner of the GoE Bridging The Borders Award are: 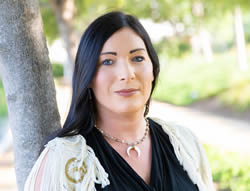 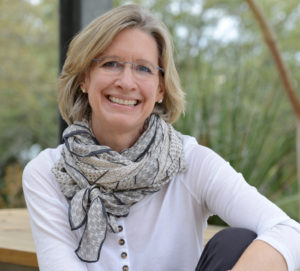 Marcy Garriott
Marcy Garriott is an independent documentary filmmaker based in Austin, Texas. An electrical engineer and still photographer coming out of college, she was a telecommunications executive for 15 years before turning to filmmaking and social activism. Her Director/Producer credits include the award-winning documentary films SPLIT DECISION and INSIDE THE CIRCLE.

Marcy also produced THE LEAST OF THESE (about immigrant child detention) and the CNN documentary AN UNREAL DREAM: THE MICHAEL MORTON STORY. Most recently she served as an Executive Producer on the documentary films PEACE OFFICER and BUILDING THE AMERICAN DREAM. Marcy is a former board member and President of the Austin Film Society, and a current Advisory Board member of Cine Las Americas 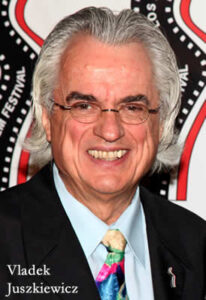 Vladek Juszkiewicz
Born in Glogow, Poland. He graduated from the Szczecin Technical University with a degree in Engineering. While attending the University he became a member of The Szczecin Technical University Choir, serving as a President and manager of the group. His traveled with the choir to 18 counties including United States where he visited the White House.
When he moved to Warsaw, he became the manager of the Polish international singing star Maryla Rodowicz.
After immigrating to the United States, he co-produced 11 films with the late Paul Leder.
In 1999 he founded the Polish Film Festival Los Angeles and served as the Festival’s Director till 2019. Now serving as Director Emeritus.
Served on the juries of the Los Angeles Hungarian Film Festival, the Los Angeles South East European Film Festival, New York Polish Film Festival and Palm Springs International Film Festival.
The Polish Government awarded him with the Cavalier’s and Officer’s Cross of the Order of Merit of the Republic of Poland and Medal of Gloria Artis for promoting Polish culture abroad. 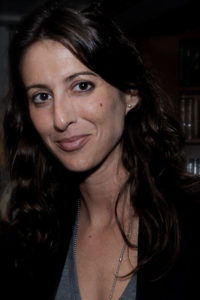 Daniela Kon
Daniela Kon is an award-winning documentary filmmaker, producer and consultant working at the intersection of human rights, global development and impact media. She is a board member of the Human Rights Watch Film Committee and HRW’s Women’s Rights Committee Los Angeles. She founded SIMA and the Social Impact Media Awards in 2012, and via SIMA Studios, reaches over 50,000 students and 5 million viewers in over 40 countries every year. Today, SIMA is the largest network of social impact creatives with the broadest global footprint, helping advance education and empower engagement for social change from the grassroots level up.
Born in Frankfurt, Germany, Daniela earned an MA in Documentary Production at the University of London. She moved to New York in 2003 working for Emmy award-winning director Marc Levin at Blowback Productions and was the researcher and assistant editor for HBO and THINK Film’s “Protocols of Zion,” an Official Sundance Selection. She founded impact agency, DEEDA, in 2005 and has since worked with filmmakers, NGOs and aid organizations around the world. Her film credits range from the award-winning documentary TALIBE, the UN FAO Ending Hunger Campaign, and the Global Conference on Agricultural Research for Development, to collaborations with grassroots initiatives in Education, Voluntourism, Youth Leadership, Girls and Women’s Empowerment, LGBT Rights, Water Management, Children’s Rights, and Modern-day Slavery.

Bijan Tehrani
Founder and Editor in Chief of Cinema Without Borders (CWB) and CineEqual is an award-winning author of children’s books and short films. Tehrani has been a passionate advocate of human rights, which he has actively pursued as a filmmaker, -historian, and -critic over the past five decades.

Bijan initiated CineEqual, a multi-faceted program that includes I, Immigrant and is administered by the CWB Foundation, in 2018. Since its founding in 2005, CWB has interviewed and introduced over 2,000 filmmakers from around the globe, a majority of them champions of social justice and human rights.

The award ceremony will be held on January 11th and the winner of  GoE Bridging The Borders Award offered by Cinema Without Borders and sponsored by Go Energistics, will receive a cash award of $2500.

14 Days, 12 Nights (Canada) – Directed by: Jean-Philippe Duval – After losing her young adopted daughter in an accident, Isabelle (Anne Dorval) returns to Vietnam, the land of her child’s birth, in search of the girl’s birth mother in this beautifully photographed and powerfully performed drama centered on love and culture.

Adam (Morocco/France) Directed by: Maryam Touzani – Set in the streets of Casablanca, a random encounter between two women irrevocably changes the course of their lives. The unlikely pair slowly builds a trust that evolves into a deep bond, eventually helping both overcome the hardships of their respective lives.

Advocate– (Israel/Canada/Switzerland) Directed by: Rachel Leah Jones & Philippe Bellaiche – This intimate and moving documentary spotlights fiercely optimistic and compassionate human rights attorney Lea Tsemel as she continues her lifelong mission of defending the defenseless, despite the torrent of backlash she receives for being an Israeli lawyer seeking justice for Palestinians accused of terrorism.

The Australian Dream (Australia) Directed by: Daniel Gordon – This powerful documentary uses the remarkable and inspirational story of Aboriginal football legend Adam Goodes as the prism through which to tell a deeper and more complex story about race, identity and belonging.

Gay Chorus Deep South (USA) – Directed by: David Charles Rodrigues – Spreading a message of tolerance, The San Francisco Gay Men’s Chorus embarks upon a high-risk tour of the Deep South in this moving documentary. The music is rousing, the personal stories poignant, as both the singers and the Southerners find their stereotypes challenged.

Gaza (Ireland/Canada/Germany) – Directed by: Garry Keane & Andrew McConnell – Most of the widely reported news from the Gaza Strip focuses on conflict and violence. This eye-opening documentary provides a glimpse of daily life in Gaza, where people attempt to lead ordinary lives in extraordinary circumstances.

Lingua Franca (USA/Philippines) – Directed by: Isabel Sandoval – An unexpected romance between an undocumented Filipina trans woman working as a caretaker for an elderly Jewish woman and the woman’s black-sheep grandson blossoms in Brooklyn amid ICE raids in this heartfelt, timely and semi-autobiographical film written, produced, directed, edited and starring Isabel Sandoval.

Murmur (Canada) – Directed by Heather Young – Donna has been convicted of Driving While Impaired and is ordered to perform community service at a local animal shelter. Her impulsive adoption of an elderly dog slated for euthanasia addresses her loneliness but leads to a larger problem.