You are at:Home»News»Gaze, a short film  from Iran, won the grand jury Award at AFI FEST

Gaze, a short film  from Iran, won the grand jury Award for Live  Action Short Film at 2017 AFI Film Festival. By receiving this award, Gaze will be introduced to the Academy award for nomination consideration.

According to Bita Elahian, Cinema without Borders’ reporter, Gaze is directed by Iranian woman film director Farnoosh Samadi  that she has co-written it with Ali Asgari.  Gaze producer is Pourya Heydari Urea. This is the second year in a raw that Farnoosh Samadi is introduced to the Academy Awards for consideration of nomination. 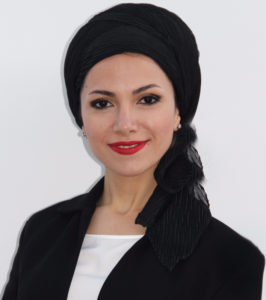 Farnoosh Samadi was first introduced to the Academy for her first short film “Silence”, co-directed by Ali Asgari,

Farnoosh Samadi, an Iranian filmmaker of short live action films , is a  graduate of Rome’s Fine Art Academy . . She is also co-writer of a feature film with Ali Asgari that was developed at Cinefondation Residence. Her first film,  Silence  had its world premiere in competition at Cannes Film Festival 2016. Gaze had its world premiere in competition of Locarno Film Festival 2017.

AFI FEST Jury Statement says: “No good deed goes unpunished” is the phrase that stays with the viewer as you watch the film that captured the top honor this year. The filmmaker lures you in and then, like any classic thriller, hooks you until the final gasp — the low hum of a motorbike replacing John Williams’ iconic notes in JAWS. Underneath, the film is a subtle examination of class and gender in Iranian society.