You are at:Home»Feature Story»Forgotten! Afghanistan’s Tragedy, 3 conversations and a sad song

Taliban are back to power! Those enemies of humanity, civilization and culture. Dark days are expecting the Afghan people and women and artists are the most venerable when it comes to the Taliban brutality. And US did it again! Entered a country to bring democracy to its people,  killed millions of them and left in hurry to save the valuable American lives and handed over the country to the dictators and terrorists.

To know how Afghan filmmakers feel about the Afghanistan crises, we had an interview with three of them that are living outside Afghanistan: Navid Mahmoudi, an Iranian/Afghan Filmmaker and Sedika Mojadadi and Misaq Kazimi is Afghan-American filmmakers. We also have a song from the young Iranian artist, Aydin Nazmi dealing with Afghanistan’s tragedy, called Forgotten: 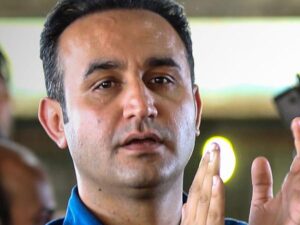 Navid Mahmoudi was born in Parvan, Afghanistan on September 23, 1980. He and his family moved to Iran when he was 6 years old. From a very early age he has been interested in films and cinema, developing a veritable passion for the 7th art.
Having started his professional career as an assistant director he went on to direct his own short films whilst also producing other works. He has produced of over 10 TV Movies.
In 2014 he produced his first feature, « A few Cubic Meters of Love », which was warmly received by both international critics and the public.
In 2016 he directed his first feature « Parting », before going on to produce « Rona, Azim’s Mother » in 2018. All three films were selected as Afghanistan’s official Oscar entries.
Filmography:
Feature Films (In our catalogue)
2019: Seven and a half│ Fiction, 75 min, HD, Color, Iran/Afghanistan
2016: Raftan/Parting │ Fiction, 80 min, HD, Color, Iran/Afghanistan 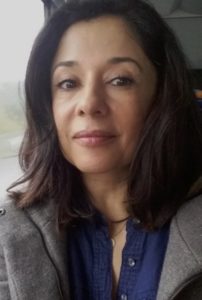 Sedika Mojadidi, the award winning, independent filmmaker and producer, directed the ITVS, and Sundance funded feature documentary, Facing the Dragon (2018), which follows the lives of two extraordinary Afghan women, a journalist and a politician, as they are forced to choose between their family and their country. The film won the Human Rights Watch Nestor Almendros Courage in filmmaking award, the Savannah Film Festival’s Jury Award for Unheard Voices, DC Independent Film Award for Best Woman Director, The Annapolis Film Festivals Award for Best Documentary, and a Gracie Award for Best Director, Unscripted. Facing the Dragon aired on the PBS Doc World Series in 2018.

Her first film, Motherland Afghanistan (2006), followed her father’s struggle to make a difference in the maternal mortality epidemic gripping Afghanistan in 2003 and aired on the Independent Lens and Global Voices Documentary Series. Motherland, Afghanistan screened nationally and internationally at numerous festivals.

Sedika worked as a producer and cameraperson for over 10 years on many television projects for the A&E Network, The Discovery Channel, Guardian Multimedia, TLC Network and the Food Network She was a supervising producer on the award winning. ABC documentary series, Boston Med. Her writing is published in an anthology of Afghan American writing, One Story, Thirty Stories, winner of the 2012 Independent Book Publishers Silver Award for Best Anthology.

Sedika was born in Kabul, Afghanistan and grew up in the United States. She has a MA in Film Theory from the University of Florida and an MFA in Video from the School of the Art Institute of Chicago. Currently, she is a professor of Film and TV and the Savannah School of Art and Design. 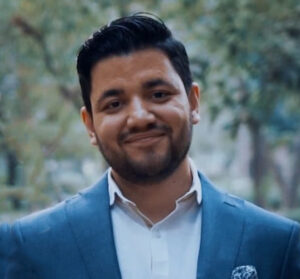 Misaq Kazimi is an Afghan-American director/producer with a Master’s degree in film & television. A TV show created during his Master’s degree won the student Emmys. His documentary work includes producing “16 Days in Afghanistan” and distributing Mohsen Makhmalbaf’s “The Gardener,” leading it to an Oscar consideration. In India, he was a founding-member of WION, a South-Asian news channel, broadcasting to 40+ countries and as chief director of Josh Talks, India’s version of TED Talks. His works in Virtual Reality include producing “MindFlipped,” a 360-video web series with Facebook and his latest film “Steadfast” is an art film that tells the story of an American civil war hero through dance

Born and raised in Iran, Aydin Nazmi grew up listening to various genres of music such as Classical and Rock. He moved to the United States at age 18 where he discovered and was heavily influenced by blues, Jazz and folk music. After graduating from Southern Methodist University in Dallas, TX in Chemistry, and while applying for medical school he was invited to California for a performance which changed his life for good and started a journey that continues to this day.
A baritone and a classically trained pianist, Aydin has been trying to bridge his Persian heritage wit his American experience. Known for his gritty bluesy voice, his music usually revolves around the human experience either socially or emotionally. He is also known among his fans for his covers of popular music both in Farsi and English.