Film Movement Classics has acquired North American rights to 2K digital restorations of Asghar Farhadi’s first two features Dancing in the Dust and Beautiful City, which have been signed off on by the two-time Oscar winner himself. Both restored dramas will be released theatrically this year, with a release on all heading home entertainment and digital platforms to follow. 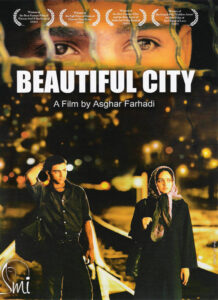 In Farhadi’s 2003 feature directorial debut Dancing in the Dust, Nazar (Yousef Khodaparast) is pressured into divorcing his wife (Baran Kosari) because of her family’s bad reputation. This leads to money problems, and before long, he’s on the run due to debts that he can’t pay. Hiding out in the desert, he meets an eccentric elderly man (Faramarz Gharibian) who makes a living by collecting venom from poisonous snakes. Nazar becomes his unlikely partner and gets an unexpected chance at redemption. The film won Best Director, Screenplay and Supporting Actor at the Asia Pacific Film Festival in the year of its release, along with a Special Prize of Russian Film Critics at the 25th Moscow International Film Festival. 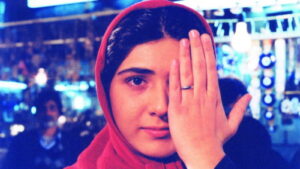 At the outset of 2004’s Beautiful City, 16-year-old Akbar (Hossein Farzi-Zadeh) is being held in a rehabilitation center for killing his girlfriend. He’s been sentenced to death, but has to reach the age of 18 before the sentence can be carried out. Now, the day following his 18th birthday, he’s transferred to an adult prison where he must wait to die. However, the sentence could be changed to life imprisonment if the bereaved father, Rahmati (Faramarz Gharibian), forgives the young man his horrific crime. With Rahmati unreceptive, Akbar’s friend (Babak Ansari) and sister (Taraneh Alidoosti) try to elicit sympathy by raising money for an operation needed by Rahmati’s adult stepdaughter. Farhadi’s follow-up film won the Grand Prix at the Warsaw International Film Festival, also nabbing a Golden Peacock and a Special Jury Award at the International Film Festival of India.

“Over the past two decades, Farhadi has built an enviable filmmaking career one feature at a time,” said Film Movement President Michael Rosenberg. “And as he refines and evolves his craft, he’s continued to turn out one powerful film after another – from A Separation and The Salesman to this year’s A Hero. But cinema aficionados will certainly be excited to chart his growth with these dramas, his first two cinematic gems, both beautifully restored in 2K.”

Farhadi is an Iranian filmmaker who is one of the few to have won two Academy Awards for Best Foreign Language Film. Additional titles from the internationally renowned director include About Elly, The Past and Everybody Knows. His latest film A Hero for Amazon premiered to critical acclaim at the 2021 Cannes Film Festival and claimed its Grand Prix.

Rosenberg negotiated the deal for Dancing in the Dust and Beautiful City with Noori Pictures founder Katayoon Shahabi on behalf of the filmmaker.