You are at:Home»CinéEqual»FATAL DISTRACTION, A must see

FATAL DISTRACTION tells the untold story of the high-profile murder trial of Justin Ross Harris following the death of his toddler son in the hot summer of 2014. As a result, it deals with the tragic phenomenon of children dying of heatstroke when loving parents unknowingly leave them behind in cars. One child dies every week this way in the U.S.The secondary subjects are Nicole Engler, a pediatric nurse from Oregon and Miles Harrison from Virginia who’s adopted baby son’s death caused President Putin to pass the Russian Adoption Ban. 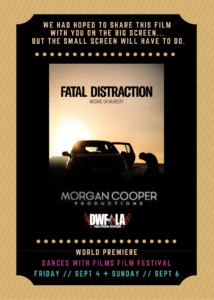 Criminal Justice :
Without a shred of evidence, the Cobb County Police arrest Justin Ross Harris immediately following the tragic death of his toddler son. In order to obtain search warrants the police lie and the prosecution uses those lies to concoct a salacious motive for murder. The press feed the lies to the public who viciously pass judgment on social media without fear of consequence. Fatal Distraction shows how the cumulative distortion of the truth destroys a father’s chance of a fair trial.

Social Impact:
FATAL DISTRACTION has two goals:
1- To help pass the HOTCARS Act through the Senate requiring all cars to have sensors to warn parents when a child is left behind.
2- To help bring justice to Justin Ross Harris who was charged with pre-meditated murder in the accidentally death of his infant son.