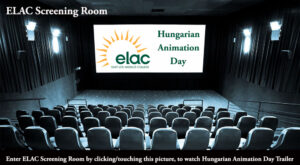 Watch the films, Panel Discussion, Spotlight and Tribute sections of our festival. Enter ELAC Hungarian Animation Day Screening Room by clicking or touching this text or the image on the right . When in the screening room, please click on the section you want to watch and it will show in the top window and plays when you select “Start Watching”.  You can expand the top window to full screen. You should follow these steps to watch all different sections of ELAC Animation Day Festival

You may also attend the festival online on ELAC Web Site 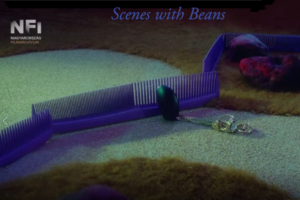 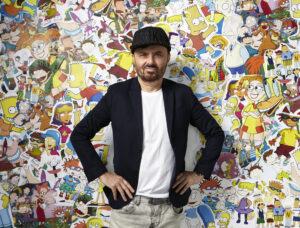 GABOR CSUPO, born on 1952 is a U.S. cartoon animator; and founders/co-chair with Arlene Klasky, of Klasky Csupo. Csupo, born in Budapest, Hungary, learned animation at Pannonia Studio. He escaped Communist Hungary in 1975 and made his way to Stockholm, where he met Arlene Klasky. A graduate of California Institute of the Arts, Klasky worked as a designer for record labels such as A&M Records, served as a magazine and advertising art director, and then moved to special effects and graphics for film. The couple relocated to Los Angeles and formed Klasky Csupo, Inc. in 1982. In 1988, James L. Brooks awarded the company the job of animating The Simpsons for Fox’s The Tracey Ulman Show. Klasky Csupo, Inc. subsequently created such animated shows as Rugrats (1991), a cartoon told from a child’s point of view, Duckman (1994), The Wild Thornberrys (1998), and As Told by Ginger (2000). Rugrats features Passover and Hanukkah episodes and its Jewish main character, Tommy Pickles, is based on Klasky’s experiences with his sons Brandon and Jarrett. Feature films included The Rugrats Movie (1998), Rugrats in Paris (2000), The Wild Thornberrys Movie (2002), and the crossover film Rugrats Go Wild! (2003).

Mike Libonati Mike works in 2D and 3D development for various clients in both film and television. He has worked on projects for Disney Feature, Cartoon Network, Universal and Fox. He has also worked on renderings for architectural lighting design on projects such as the Coex Mall in Korea, Asia’s largest underground mall and Tesla Motor Company in Los Angeles. In addition to his professional work, Mike has been an animation and visual effects teacher for over 15 years. He has a Master’s Degree from CalArts in Experimental Animation. He currently is teaching animation at East Los Angeles College and is designing exciting new animated projects with Animation Libation Studios.

Tom Sito is an animator, historian and professor at the University of Southern California. His 32 movie credits include Beauty and the Beast (1991), Who Framed Roger Rabbit (1988), The Little Mermaid (1989), Aladdin (1992), The Lion King (1994), The Prince of Egypt (1999), Shrek (2001), Osmosis Jones (2001) and Looney Tunes: Back in Action (2003). He is President Emeritus of The Hollywood Animation Guild, was on the Board of Governors of the Motion Picture Academy of Arts & Sciences, and the National Cartoonists Society. He is the author of several books, including: Drawing the Line: The Untold Story of the Animation Unions from Bosko to Bart Simpson, Moving Innovation: A History of Computer Animation, and Eat, Drink, Animate, An Animator’s Cookbook.

More about the director
Géza M. Tóth is an Oscar nominated filmmaker, PhD university professor and head of KEDD Animation Studio. He has been teaching from 1994 at some of the most prestigious art universities in Europe, such as MOME – Moholy-Nagy University of Art and Design, Royal College of Art in London, University of Theatre and Film in Budapest. From 2020 he also runs one of the most successful East-European animation film studios, named KEDD. He is a member of the Academy of Motion Picture Arts and Sciences, and the International Academy of Television Arts and Sciences.

(He is a multifarious artist, works in a huge palette of the arts: director of short films (ex: Icar, MAESTRO, ERGO, MAMA) and animation tv series (ex: Berry and Dolly, The Kuflis). He also works as a director for theater and operas (ex: Nibelungen, The Miraculous Mandarin, The Bluebeard’s Castle), illustrating books, lecturing, scriptwriting. 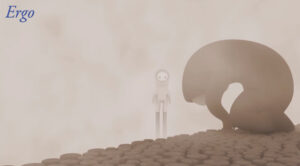 His films have won more than 120 prizes. His first film, The Pied Piper of Hamelin (1992) was selected for Annecy, the second – Icarus (1996) was nominated for the Golden-Bear in Berlin. His film, Maestro (2005) was nominated for the Oscar in 2007 in the Best Animated Short Film category. His latest animation short, MATCHES, put him in the Oscar Race again, since has won the Oscar qualifying Light in Motion Award for Best Animated Short Film at the Foyle Film Festival in 2019.)

MAESTRO: Five minutes before the big performance Maestro is getting ready behind the curtain. Time is slowly ticking away. Oscar nominated short film by Geza M. Toth – KEDD Animation Studio – 2005.

MATCHES: Children’s fantasy is endless! We can catch their thoughts while they’re playing. The basic inspiration for MATCHES was given by an interview with a 7 year old child, who shares with us his honest and innocent thoughts.

Finding joy and wonder in playing with colorful matchsticks the young boy’s imagination becomes visible, while he complains about grownup rules and talks about his dreams, fears and hopes. The film attempts to take us back to the innocent fantasy world, where endless and wonderful imagination comes to life.

Tribute to a Legend: Gyula Macskássy 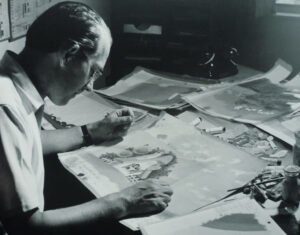 Although there were animation experiments made in Hungary long   before   Gyula   Macskássy (1912–1971), his work  made  the  world  discover Hungarian animation. Regular animation film production began in the private commercial film studio founded by Gyula Macskássy, John Halas (born János Halász) and Félix Kassowitz (the grandfather of the well-known French actor–director, Mathieu Kassovitz) during the 1930-40s. It is also Macskássy’s merit  that  animation  film  production  did  not  come  to  an  end  after  WWII  –  he became the leading director of the state-owned Pannonia Film Studios in the 1950s.During the centralized communist film production  of  the  1950s,  Macskássy’s  oeuvre  consisted  of  adaptations  of  classical  animal  fables  that  combined  elements  of  Hungarian  folklore  with  the realistic styles of Soviet animated film and the live-action film effects of Disney films with A  kiskakas  gyémánt  félkrajcárja    (The    Little    Rooster’s    Diamond  Half-Penny,  1951)  and  Két bors  ökröcske  (The  Two  Weeny  Oxen,  1955).

From the second  half  of  the  1950s, his films were tuned to harmonize with the times, and were usually

Macskássy describes this radical renewal of animation, both in terms of style and theme, as follows:  “Walt Disney’s sentimentalism is succeeded by  the  distinctive  emblem  of  the  ani-mated film. The figures are not bound by any rules, the less realistic the motion, the more authentic it is optically.”

The two films created by Gyula Macskássy that will be screened are:

Brigitta Ivanyi-Bitter, Ph.D.  is an academic researcher and presenter of Hungarian and Eastern European animation history. She is also an experienced animation ﬁlm producer with 10+ years of experience. Brigitta is a senior museum and gallery curator of contemporary art and ﬁlm. Currently she is based in Toronto, and she is originally  from Hungary.

Bijan Tehrani
Bijan Tehrani is president and founder of Cinema Without Borders Foundation and Editor in Chief of Cinema Without Borders & CineEqul two on-line publications dedicated to international and social justice cinema. Bijan has been an award winning writer and film director that has also received multiple awards for his services for promoting international cinema in US and around the globe.

Bijan Tehrani’s experience as animation film writer and director and film historian inspired him to run  tELAC International Animation Day since 2015 as the festival director. 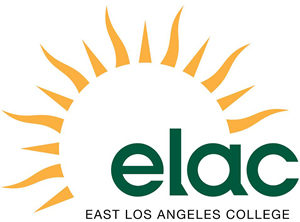 East Los Angeles College
East Los Angeles College (ELAC) is accredited by the Accrediting Commission for Community and Junior Colleges (ACCJC), Western Association of Schools and Colleges (WASC). ELAC is one of nine colleges in the Los Angeles Community College District (LACCD) The College was established in 1945 and is situated in a secure, comfortable environment in the suburban community of Monterey Park, conveniently located 8 miles east of downtown Los Angeles. Our multicultural student body of over 30,000 students complements the communities that ELAC serves. ELAC grants Associate in Arts/Science (A.A./A.S.) degrees as well as Certificate Programs.

the KEDD Studio they produce popular creative series for kids and individual short films. KEDD’s films participated at international festivals worldwide. Apart from Academy Award nominee MAESTRO, KEDD’s productions were recognized with more than 120 prizes. In addition to the production and development of individual animated films and children’s series in the studio, the company sells films on the largest film platforms as a distributor. KEDD is the largest children content supplier to all kinds of content providers (TV channels etc.). The studio makes its own-produced and distributed children’s content continuously available on KEDDnetwork’s YouTube channel, which is one of the biggest channels in Hungary. They also have a merchandising department, in Kedd’s webshop they sell all kinds of animation related products.