You are at:Home»News»Czech That Film

If you are a fan of international cinema and you live in Los Angeles, you should not miss Czech That Film, a festival that  screens the latest and the best of Czech Republic cinema. 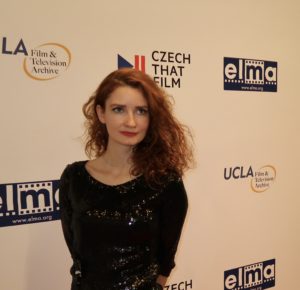 Aneta Campbell, Cultural Affairs Officer at Consulate General of the Czech Republic in Los Angeles gave us a little bit of info to the history of the Czech That Film festival: “Czech That Film festival was established in 2012. The very first festival was held in cooperation of our Consulate in Los Angeles with Czech Film Center. The first screenings were held at the Cinefamily, which was my personal favorite theater and I always wanted to return back. It is being renovated but it is still on my radar. The following year, the title Czech That Film came to life and was held at UCLA. The third edition started our fruitful cooperation with USC where we stayed for another 3 years. We liked this cooperation very much mainly due to their fantastic programer Alex Ago. He is just too good to be true. To work with him means headache free screenings.

In 2017, we renewed our cooperation with ELMA foundation by Pascal Ladrey and we work together ever since. Per request of our audience we moved the screening back to Westide and we are trying new forms of screenings. Our 6th edition took place in number of venues across the town. The opening and closing receptions were held in Santa Monica, while other screenings took place for instance in New Beverly Cinema and we returned for one screening to USC. It appeared to be a great success. Last year, we celebrated 100 years anniversary since the foundation of Czechoslovakia, so we held the festival at the heart of Beverly Hills at the Real D Theater. Oscar-Winning Director Jan Sverak joined us for this occasion and presented the world-premiere of his newly restored beloved film AKUMULATOR 1. This season, we moved back to cooperation with UCLA as our audience grew over the years.”

About 2019 festival she said: “This year is the 8th edition of Czech That Film festival, taking place from April 5-13, 2019 at the Billy Wilder Theater at the Hammer Museum (10899 Wilshire Blvd. Los Angeles, CA 90024), with one additional screening that is taking place at the Laemmle’s Monica Film Center (WINTER FLIES, April 11, 7PM). Advanced tickets available at: www.cinema.ucla.edu Same-day tickets available at the Billy Wilder Theater box office located on the courtyard level of the Hammer Museum. The box office opens one hour before the first screening of the day, and is closed on days when there are no Archive events in the theater.

Ticket prices: $10 online advanced purchase. Free for all UCLA students w/valid student I.D. For many Czech films our festival is the only opportunity to be seen on a big screen in the United States. We are very proud that our traveling series that is reaching 23 destinations is the largest presentation of Czech culture in North America”.

Festival Program:
Golden Sting
In-person: director Radim Špaček (4/5).
April 5, 2019 – April 13, 2019
Throughout its eight years of existence, the Czech That Film festival has become a significant tradition in Los Angeles’ cultural calendar. Ever since its foundation, Czech That Film has been committed to exhibiting films that 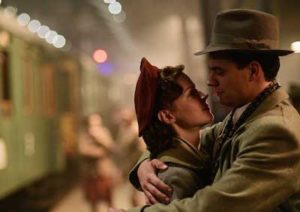 expose audiences to Czech culture, with the hope that these programs will enlighten audiences, bring people together, and present inspired entertainment for all. Czech That Film is a unique chance to meet established and new talents of the Czech cinema, not only on the movie screen but also in person. In this next edition, the Czech That Film audience in Los Angeles will have an opportunity to meet with Radim Špaček, director of the opening movie, Golden Sting.

This year, the Czech Republic commemorates 30 years since the Velvet Revolution, which restored democracy in the country. In order to celebrate this significant anniversary, the program includes a trenchant biopic about Jan Palach, who set himself on fire in Prague’s Wenceslas Square to protest the Soviet invasion of Czechoslovakia. The archival classic The Ear (1970), directed by Karel Kachyňa, will also be a part of the film series, to reflect the celebration of 30 years of freedom in the Czech Republic.

Special thanks to Pavol Šepľák, Aneta Campbell, Consulate General of the Czech Republic in Los Angeles. Sincere thank you to our partners and sponsors: ELMA, Czechoslovak Society of Arts and Sciences in Los Angeles, Czech Centers, Milk and Honey Pictures and Prague Studios. 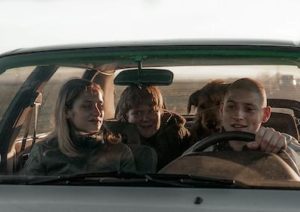 Winter Flies (Czech Republic/Slovakia/Slovenia/Poland, 2018)
April 11, 2019 – 7:00 pm
Please note: This screening will take place at Laemmle’s Monica Film Center, 1332 2nd Street, Santa Monica.
A rebellious teenager and his dorky, BB-gun-toting sidekick run away through the Czech countryside in a stolen Audi. Along the way, they pick up a dog and a pretty female hitchhiker as they try to elude the police. An interrogation of tall tales is contrasted against awkwardness, innocence and adulthood. This coming-of-age road movie tells a story of adolescent friendship and the irrepressible desire to experience something even if one doesn’t know exactly what that something is – a sense of unbridled freedom. The film received the Best Director award at the Karlovy Vary International Film Festival. 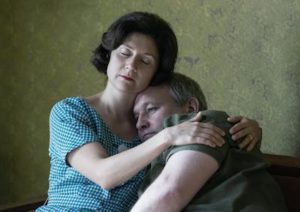 Dukla 61
April 13, 2019 – 7:30 pm – Billy Wilder Theater
This Czech television production examines one of the country’s greatest mining tragedies. Failure to comply with safety protocol, the pressure to produce results, and an avalanche of critical errors caused a fire in a Dukla mineshaft in Haviřov on July 7, 1961, killing 108 miners. Shot in a former mine in Rakovník, this family drama pays tribute to the mining profession. The brave miners regarded their work as a mission, even though they risked their lives each and every day.