You are at:Home»CinéEqual»COLLISIONS, a powerful and important film about immigration

COLLISIONS, directed by Richard Levien tells the story of two young kids separated from their mother by ICE forces. When twelve-year-old Itan (Izabella Alvarez), a straight-A-student in San Francisco, comes home from school, she is stunned to find their furniture up-ended, and no trace of her mother, Yoana (Ana de la Reguera), who was detained by ICE. Child Protective Services dumps Itan and her six-year-old brother Neto (Jason Garcia)

with their estranged uncle Evencio (Jesse Garcia), a big rig truck driver. Itan can’t stand him. He’s arrogant, unreliable, and possibly a criminal. After a desperate search, Itan locates Yoana in an immigration detention center in Arizona and convinces Evencio to take them there.

They are propelled onto the road in Evencio’s truck, through the maddening labyrinth of immigration detention. Itan fights to free her mother before she is deported. But her mother keeps slipping from her grasp, as she is transferred from prison to prison. Their journey takes them through the deserts of the southern border, to sprawling truck stops, border patrol offices and secret immigration prisons.

In the close quarters of Evencio’s truck cab, Itan and Neto begin to bring a better man out of Evencio. But Evencio abandons them just when it seems they have a chance of stopping their mother’s deportation. Are they now truly on their own? Or will Evencio come through and reunite the family?

At Cinema Without Borders/CineEqual  we had the opportunity of interviewing Richard Levien on camers, about making of COLLISIONS: 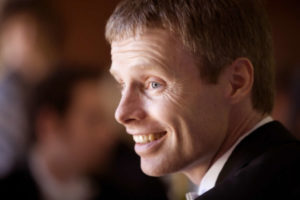 Richard Levien has been writing, directing and editing award-winning ﬁlms for 12 years. Levien’s short
“Immersion”, about a ten-year-old boy from Mexico who struggles to ﬁt in at his new school in the U.S., premiered
at Slamdance in 2009. “Immersion” won the “No Violence” award at the Ann Arbor ﬁlm festival, and Best Bay Area
short at the San Francisco International Film Festival (SFIFF). The ﬁlm received a Resolution of the California
Legislature, and is used by more than 50 school districts and universities to support education about English
Language Learners. In 2009 Levien won the inaugural San Francisco Film Society/Kenneth Rainin Foundation
Filmmaking Grant, for screenwriting on his ﬁrst feature ﬁlm as a writer/director, “Collisions”. The project won three
further SFFS/KRF grants, for development, production and post production.

Levien’s editing credits include “D Tour”, which won Best Bay Area documentary at SFIFF, and appeared on
Independent Lens. He edited the documentary “A Fragile Trust”, which aired on Independent Lens in 2014. He is
a member of the Center for Investigative Reporting’s Post Script team (doing motion graphics), which was
nominated for a national Emmy in 2016. Levien is from New Zealand. He has a PhD in theoretical physics from Princeton University.

COLLISIONS will open at the Laemmle Music Hall in Los Angeles on October 4 (with a premiere screening taking place Thursday, October 3rd at 7:30pm at the Ahrya Fine Arts in Beverly Hills, with cast and director in attendance). Other cities will follow, and the film will screen on FUSE TV October 5th at 9pm.