The 23rd edition of the COLCOA French Film Festival, “A week of French Film and Series Premieres in Hollywood,” will take place from September 23rd – 28th, 2019 at the Directors Guild of America in Los Angeles.

The Franco-American Cultural Fund announced that “for the first time in 23 years the showcase dedicated to French Films and Series in Hollywood will move from April to the end of September and be part of the inauguration of the new DGA theater complex.”

Achieving a 2018 attendance level of 23,000 people, the festival takes its place as one the most celebrated and important venues in the world showcasing the vitality and diversity of French Cinema and TV.

The September festival promises to be a great start to the 2019/20 Awards Season!

To learn more about the festival we had an audio interview with François Truffart, COLCOA’s Executive Producer and Artistic Director. We have posted this interview in our CWB/CineEqual podcast series: 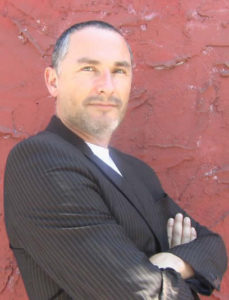 After completing a Master degree in Economics and Politics in Paris (Dauphine University), François Truffart was Cultural Attaché in charge of the promotion of French cinema and television programs at the French Embassy in Hungary (Budapest), Japan (Tokyo) and the United States (Los Angeles) from 1991 to 2001. In 2001, he joined the Cannes Film Festival to become Director of La Cinéfondation. From 2003 to 2004, he was the U.S. representative of the Cannes Film Market. He has been in charge of programming for the COLCOA French Film Festival since 2004 and has been assigned Executive Producer of the event in 2007.

He is the author of Le Guide des Televisions en Europe, published by Bayard Press in 1991. Francois Truffart was honored by the French government with the order of Chevalier des Arts et des Lettres.

Victor Hugo’s magnum opus is both lionized and shaken up in Ladj Ly’s sprawling fresco of his native Montfermeil — a collection of housing projects crawling with sleazy cops, small-time hoods, the Muslim Brotherhood, and a ragtag group of kids left to fend for themselves… all jockeying for turf and struggling to forestall the inevitable. Majestic, stirring, gripping and compassionate, with a musical score that is, at once, moving and thrilling, the film follows an upright cop on his first day on the job, as he learns the ropes and struggles to hold onto his principles. It opens with a rousing rendition of La Marseillaise and a joyous eruption of fraternité, and concludes with a resounding eleventh-hour alarm and powerful plea to diffuse the tinderbox and somehow resolve all this (justified) anger and violence. Because the revolution is ever at hand!

Co-writer/director Ladj Ly grew up in the Les Bosquets neighborhood of Montfermeil. Passionate about the moving image from a young age, he began making short films at the local Kourtrajmé Collective and surreptitiously documenting violent arrests by the police on video. He inadvertently became the poster-boy for the momentous 2005 riots that erupted in those outer-city projects, thanks to artist JR’s photo mural famously depicting Ly brandishing a movie camera like a machine gun, which became the backdrop for much of the press coverage of those incendiary protests. He went on to direct several shorts and documentaries. His 2016 doc À voix haute : La Force de la parole was nominated for a César Award, as was his 2017 short, Les Miserables, which became the blueprint for this film. In 2018, he founded the École Kourtrajmé, a free film school in Montfermeil. Les Misérables, which Ly co-wrote with Alexis Manenti and Giordano Gederlini, and was honored with the Jury Prize at Cannes this year, is his first narrative feature.

Nicolas Bedos’ ingenious, gleeful, thoroughly entertaining second feature is both a clever throwback to the uproarious French farce tradition and an intelligent meditation on our (perhaps more bewildering) age. The time-traveling romantic comedy — in which an inventive theatrical troupe meticulously orchestrates historical reenactments — is infused with wit and devoid of the slightest technological gimmickry. La Belle Époque instead relies on old-fashioned stagecraft, an enthusiastic suspension of disbelief, a couple of old pros at the top of their game (the superb Daniel Auteuil and Fanny Ardant), and the young whippersnappers who are pulling the strings (the bewitching Doria Tillier and Guillaume Canet). Literally taking off like a rocket from scene one, the highly ambitious screenplay delivers on every level and is a beautiful illustration of the various stages of life, the bliss that swells in our hearts as we take that first blind leap into the abyss, and how this crazy thing called love evolves over the course of a lifetime.

Writer-director Nicolas Bedos launched his career at 18, developing and collaborating on scripts for Canal+, and co-writing sketches for his father, renowned stand-up comic Guy Bedos. In 2006, he wrote his first play, Sortie de Scène, which was nominated for a prestigious Molière Award. He went on to become an accomplished playwright, theater director, actor and comedian himself. He has written several TV movies and performed in several films. Bedos made his directorial film debut with Mr. & Mrs. Adelman (COLCOA Audience Award 2017), which he co-wrote and co-starred in with Doria Tillier. That film was nominated for two César Awards — for Best First Feature and Best Actress (for Tillier). La Belle Époque, his second film, premiered out of competition at this year’s Cannes Film Festival.