Max Angely’s (Jean-Paul Bacri) birthday is not going well. Having spent the morning with “complicated clients” attempting to downsize their luxury downtown Paris reception for about the fourth time, the wedding planner has now relocated to the 17th Century Chateau setting of some seriously lavish nuptials, only to find virtually everything in disarray.

Down a wait-staff member, he’s had to replace the original band, is stuck with the photographer (Jean-Paul Rouve) nobody else will hire and is having to bite his tongue while the early-arriving pretentious groom (Benjamin Lavernhe) informs him that they will have adjust the evening’s schedule to accommodate his lengthy speech. 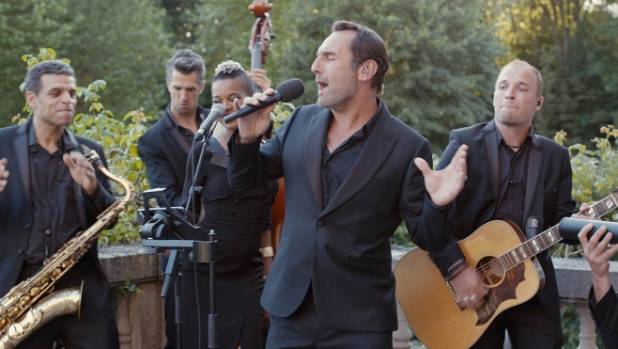 (Gilles Lellouche) and the louche snapper resentful of any guest armed with a cellphone. And thenthere’s own inability to master predictive text. C’est La Vie! is a showcase of comedic timing, whip-smart dialogue and a perfectly paced plot.

Olivier Nakache and Eric Toleando (the French duo who gave the world 2012’s much-loved The Intouchables) have crafted another outstanding crowdpleaser with this hilarious ensemble comedy.

A Robert Altman-esque roam, encompassing everyone from Max’s employees to some truly garrulous guests, C’est La Vie! (or The Sense of the Party as it was known in its native country) is French farce baked to perfection.

C’est La Vie! is a Robert Altman-esque roam which encompasses everyone from wedding party employees to some truly garrulous guests.

From the deliciously sarcastic opening scene to the finale’s literal fireworks, the movie is a showcase of comedic timing, whip-smart dialogue and a perfectly paced plot.

Amongst a uniformly memorable cast, Bacri (Looking for Hortense) and Lellouche (Tell No One) are the standouts, the latter a magnificently gauche chanteur who sound checks at the top of his voice and has to endure the groom’s mother’s request to change the setlist to include her favourite Leonard Cohen and Maurice Chevalier hits. A wickedly funny winter treat.

Written by JAMES CROOT for STUFF