You are at:Home»Feature Story»BOGDAN I ROZA wins GoE Bridging the Borders at 2019 Polish Film Festival LA

20th edition of Polish Film Festival, LA award ceremony was held at Writers Guild Theater on Friday October 18th. Festival opening/award ceremony was exciting and splendid like the last 19 years of the festival. The only discouraging news came when Vladek Juszkiewicz, founder of Polish Film Festival, LA announced his resignation as director of the festival for 2020 and years after.

For us at Cinema Without Borders witnessing devotion and sacrifices of Vladek in the last 20 years this was a big shock and we hope he changes his mind as I said in my speech at the award ceremony, without Vladek, Polish cinema will become an orphan in Hollywood. (Bijan Tehrani)

After an intro by Bijan Tehrani, Susan Morgan Cooper read the jury statement: “For 2019 Go Energistics (GoE) Bridging The Borders Award that goes to the Best Polish Short Film, we had twelve amazing nominees and had a hard time choosing the honorary mention and winning film. 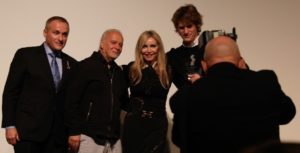 There can be a cruelty to love when life’s demands get in the way. Through beautiful shots of things left unsaid, a young Ukrainian woman, recalls the series of events that led her beloved Piotr to arrange a fictional marriage to another man for her benefit. Years later, she receives news of her husband’s death which provides an opportunity for her to see Piotr again. The beautiful and powerful film that receives our jury’s Honorary Mention, is SASHKA by Katarzyna Lesisz.

Over a few days ….we watch riveted…. as an older couple goes about their daily routine, eating, sleeping,

working… doing their best to avoid and annoy each other. Not one word is spoken between them.

Their bottled-up resentment is cleverly symbolized in a jar of fruit whose lid has purposely been screwed on too tightly for the wife to open. When one morning she discovers that the jar’s lid has been loosened…it’s pure cinematic magic.

The GoE Bridging the Border Award goes to Bogdan I Rosa by Milena Dutkowska.” 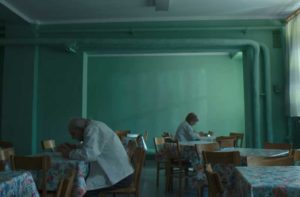 BOGDAN AND ROSE – Bogdan i Roza
Bogdan and Roza are an old marriage. They have been living together in one room, working at the same school’s canteen, but they don’t speak to each other. Their lives are filled with silence and daily reciprocal malice.

SASHKA
Sasha, a young Ukrainian, receives a message about the passing of a man with whom she took a fictional marriage to get a Polish visa. The funeral of her husband gives her the opportunity to meet her beloved Piotr, who arranged her marriage years ago and decided to leave her with no explanation.
2019 Ca’Foscari Short Film Festival in Venice, Italy—GRAND PRIX
2018 Polish Film Festival Gdynia, Poland—Malopolska Film Award
2018 Spectrum Film Festival, Poland—Special Mention for the Best Actress
Director KATARZYNA LESISZ, Screenplay JUSTYNA BILIK (Based on the novel written by ETGAR KERET), Cinematography MICHAL DYMEK, Producer AGATA GOLANSKA.

Jury members of Cinema Without Borders for GoE Bridging The Borders Award were: 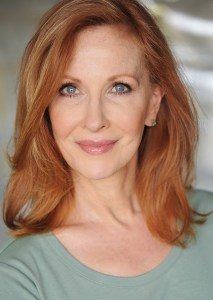 Rachel O’Meara
Rachel O’Meara has been a working actor across film, television and theatre for eighteen years, and is a graduate of London’s Academy of Live and Recorded Arts (ALRA). Prior to that, she worked in media with the Saatchi Group in London, S Africa and Dubai, during which time she contributed lifestyle and entertainment articles to numerous magazines, in particular IPC and ITP titles. Rachel also spent years working in Germany, France, Brunei, Nepal and Hong Kong, giving her a first-hand insight to international cinema, and she attends as many different film festivals as she can.
Rachel’s selected screen credits include “Mechanic: Resurrection” (Jason Statham, Tommy Lee Jones / Lionsgate), “Training Day” (Bill Paxton / CBS), “Spotless” (Denis Menochet / NETFLIX), “Day Of The Dead” (Millennium Films) to be released Dec 17, “War Inc.” (John Cusack, Marisa Tomei / Millennium Films), “The Experiment” (Adrien Brody, Forest Whitaker), “Until Death” (JC Van Damme), in addition to many indie films and TV series 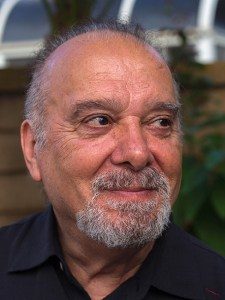 About GoE BRIDGING THE BORDER AWARD
At a time when physical, religious, racial, cultural, and economic borders divide the population of our planet, efforts to bridge those borders should be appreciated. In that spirit, Cinema Without Borders presents Bridging the Borders Award to the films that are most successful in bridging and connecting the people of our world closer together.

Photos and Videos by Alexandra Cooper