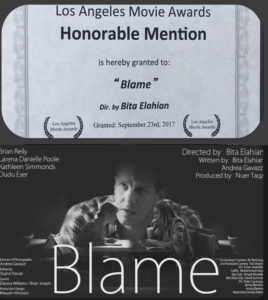 Blame is about A young man that after seven years of marriage, has quarrels with his wife over having children, not realizing that their lives are about to change forever.