You are at:Home»CinéEqual»Berlin Film Festival: opposition against the far right

This is the first of a series of articles on the Berlin international film festival, the Berlinale, taking place from February 7–17, 2019.

With about half a million visitors each year the Berlin Film Festival, the Berlinale, is one of the largest film festivals internationally. This year’s edition, the 69th Berlinale, has a total of over 400 films on view.

The official motto of this year’s Berlinale, “The personal is political”—rallying slogan of the 1968 student movement and second wave feminism that approaches political issues in an entirely subjective way—finds strong reflection in the festival program. The Retrospective section for example is entirely devoted to female directors in German film from the 1960s to 1990s. On Saturday departing festival director Dieter Kosslick signed the so-called Gender Parity Pledge, following similar pledges from the film festivals in Cannes, Venice, Toronto, Locarno and Sarajevo.

While the selection of films is strongly influenced by gender and identity, broader historical and political questions are not excluded. There are a number of interesting films dealing, for example, with the plight of refugees or the criminal character of Western imperialism. In Midnight Traveler Afghan director Hassan Fazili and his wife and two daughters use their mobile phones to document their dangerous flight from war-torn Afghanistan to Europe, filming long and prison-like stays in various refugee camps. One of the films nominated for the Golden Bear is Vice, written and directed by Adam McKay (The Big Short, 2015), a portrait of former American Vice president Dick Cheney (See: Vice: A portrait of an American corporate-military gangster).

The clear highlight on the first weekend of the festival was a special screening of Roberta Grossman’s acclaimed documentary Who Will Write Our History? It was only recently reviewed by the World Socialist Web Site. The film, which is based on the remarkable book of the same title by Professor Samuel Kassow, is about the historic Warsaw Ghetto Archive “Oyneg Shabes” (Joyful Sabbath), headed by Polish-Jewish historian Emanuel Ringelblum (1900–1944). It documents the courageous struggle to preserve the political and cultural traditions of Polish Jewry against the threat of complete annihilation by the Nazis. 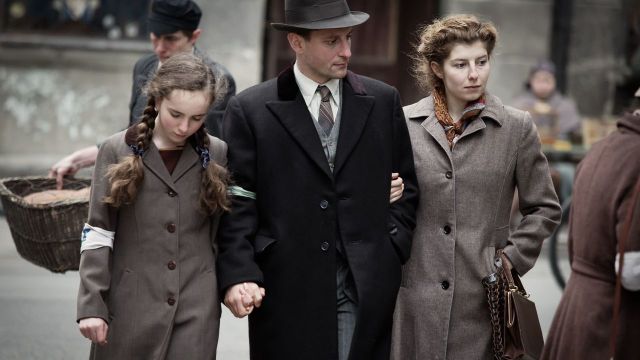 Who Will Write Our History

The fact that Kosslick decided on short notice to include this film in the program is an expression of growing opposition in the artistic community to the growth of the far right in Germany.

At the festival’s opening press conference Kosslick spoke about the disgust he felt when deputies from the neo-fascist Alternative for Germany (AfD) party disrupted a Holocaust remembrance ceremony in the state parliament of Bavaria in January. “All AfD members, all members of the AfD in the Bundestag, will be allowed to go to the cinema for free. Invited by me personally. I pay for every ticket,” he said. “And if they then still claim, that [the Nazi dictatorship and the holocaust]is fly-shit, then I have to say, maybe someone else should intervene instead of the filmmakers.”

Kosslick and the Berlinale have also joined the list of signatories to the Declaration of the Many and the appeal has been posted prominently on the festival’s official website.

The Declaration of the Many was drafted by artists alarmed at the growing influence of the far right in German cultural life. At an inaugural press conference in November last year, prominent Berlin cultural figures deplored the activities of AfD deputies in local and state councils, who sought to cut funding and censure cultural projects which do not correspond to their racist outlook. Concerts of left-wing pop groups have been canceled following pressure from ultra-right thugs. Berndt Schmid, the artistic director of Berlin’s leading musical theatre, Friedrichstadt-Palast, reported that he had been sent hate mail and his theatre a bomb threat after he spoke out earlier against the AfD.

Just a few days ago, the speaker on cultural affairs for the AfD, Marc Jongen, gave a fascistic speech in the German parliament, in which he downplayed the crimes of the Nazis and derided their victims. No one in the Bundestag debate substantively challenged Jongen’s remarks, which are well known. In his tirade Jongen relied explicitly on the right-wing Humboldt University historian Jörg Baberowski, who has played a central role in the campaign to whitewash the crimes of the Nazis. In the most recent sitting of the Bundestag Committee for Culture and the Media, Jongen argued, with regard to cultural affairs, that a one sided concentration on the crimes of the Nazis was “false and harmful for a number of reasons.”

The Declaration begins by addressing the crimes committed by the Nazis. It states: “As creators of arts and culture in Germany we do not stand above things. Rather we have both feet firmly on the ground—the very ground upon which one of the worst state crimes against humanity was committed. This country has seen art vilified as degenerate and culture being abused for purpose of propaganda. Millions of people were murdered or driven into exile, amongst them many artists.”

The Declaration then notes that “right-wing populism stands in hostile opposition to the art of the many. Right-wing groups and parties frequently disrupt events, aim to determine repertoires, polemicise against the freedom of art and above all are working on the re-nationalisation of culture. Their disrespectful reaction to people seeking refuge, to dedicated artists and dissidents, clearly shows how they plan to deal with our society should a shift of power in their favour become reality.”

The Declaration continues by pledging to deny a “platform for racist-nationalist propaganda,” and to reject all “illegitimate attempts made by right-wing nationalists to exploit art and cultural events for their own purposes.” The Declaration ends with a call for “solidarity with people who, in the light of right-wing politics, are further marginalised within our society.”

Last November the initiative was supported by 140 artists and organisations. Since then the number of institutions supporting the Declaration has grown enormously, with many cultural institutions in different German states and cities adding their support. The heads of most of the leading theatres, opera houses, libraries and cultural bodies in Berlin have declared their support. The support for the Declaration of the Many demonstrates the extent of the opposition in cultural circles in Germany to the growth of nationalism and the far right.

In sharp contrast to this encouraging development the German media scarcely mentioned the showing of the film Who Will Write Our History? and the stance taken against the far right by the festival leadership. Instead Berlinale reportage in the media has concentrated on the gender issue, with numerous articles devoted to the number of female directors, characters and participants in the festival.

A team of SGP members intervened at the special screening of Who Will Write Our History? on February 10 at the Kino International in Berlin. They distributed the review of the film and a statement on the AfD’s recent denunciation of a Holocaust commemoration in German parliament. They also promoted the book Why are they back? Historical falsification, political conspiracy and the return of fascism in Germany by SGP Deputy Chairman Christoph Vandreier, which explains in detail how the rise of the AfD was ideologically and politically prepared by professors, the media and the bourgeois political parties.

Many visitors showed great interest in historical and political questions and expressed their opposition to the growth of the far right in Germany and internationally. 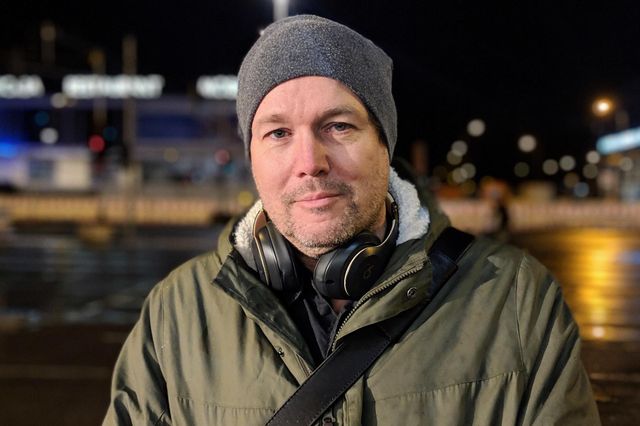 Bernd is a nurse working in Berlin. “I came here because I am interested in history,” he said. “I am a Berliner and the whole family of my father’s mother, who was Jewish, died in the Holocaust. That’s why I wanted to see this film. Only a small number of Nazis were tried at Nuremberg after the war. Many others survived to import their ideology into post-war Germany and the ideas live on in the form of people like Bernd Höcke.” (Höcke is a neo-fascist functionary in the AfD). These people and their ideology have to be opposed. Fear is a bad counselor.”

Orlando is from Colombia and works as a filmmaker, mainly doing short commercial clips. He arrived in Berlin last week. “I have heard about the AfD,” he said, adding that he was not surprised to hear from Socialist Equality Party campaigners about the fascistic speech delivered by AfD deputy Jongen in the Bundestag. 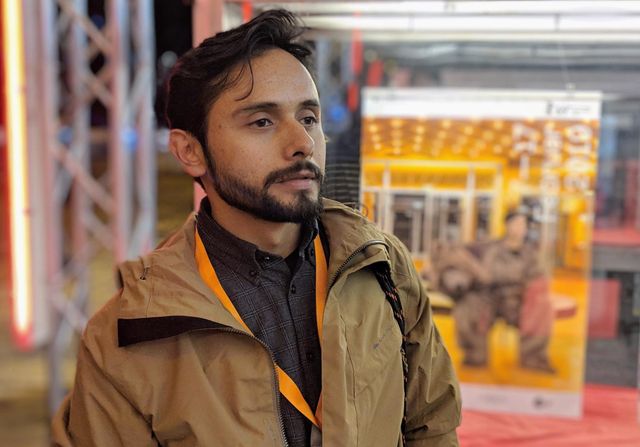 He said: “It is not just in Germany, it’s all over the world. It’s the same as in the thirties. Capitalism is a rotten system. It does not promote real values. It only promotes greed. It will always end in fascism.”

“In Colombia it is incredible how the fascists are growing and they are supported by the US. Nazism got support from the US because they wanted to counter and contain communism. People are suffering everywhere. The working class is being dispossessed and their rights taken away, and now Colombia is the main ally of America for the US offensive against Venezuela.”