Asghar Farhadi, Iranian film director and writer and two times Oscar winner, is one of the Cannes jury members. 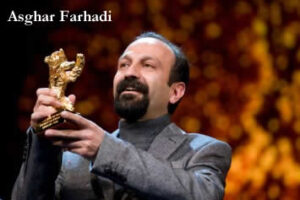 r the 75th edition, which kicks off next month. The Frenchman, who won the 2015 Best Actor award at Cannes for The Measure of a Man, starred in last year’s Palme d’Or winner Titane.

The festival also announced that Trinca’s debut feature film Marcel! will be presented as a Special Screening in the festival this year.

“It is a great honor and a source of pride to be entrusted, in the midst of the tumult of all the events we are going through in the world, with the splendid, weighty task of chairing the jury of the 75th International Cannes Film Festival,” said Lindon in a statement. “With my jury, we will strive to take the best possible care of the films of the future, all of which carry the same secret hope of courage, loyalty and freedom, with a mission to move the greatest number of women and men by speaking to them of their common wounds and joys. Culture helps the human soul to rise and hope for tomorrow.”

In keeping with tradition, French stars tend to be honored with the jury president role at anniversary years of the Cannes Film Festival. Isabelle Huppert was the last French star to preside over the Cannes jury back in 2009. Yves Montant presided in 1987 for the 40th festival; Gerard Depardieu in 1993 for the 45th festival; and Isabelle Adjani in 1997 for the 50th.

The Cannes Film Festival takes place from May 17-28.