You are at:Home»News»Another Round wins GoE Bridging the Borders Award at 2021 SFFLA 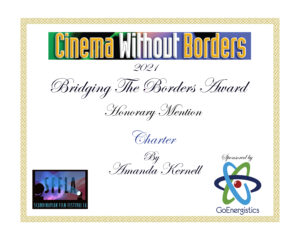 CWB’s jury team  announced Another Round as the winner of the GoE Bridging the Borders Award at 2021 Scandinavian Film Festival LA in a statement: “It is important to note that we had many exceptional nominees for the GoE Bridging the Borders Award at the 2021 Scandinavian Film Festival – making it difficult to choose a winner. Thank you to all the wonderful filmmakers who submitted as you all deserve a round of applause. 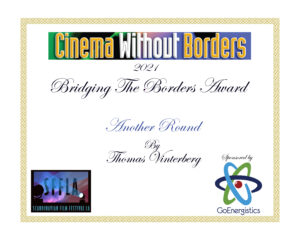 James Koenig, Founder/Director of the Scandinavian Film Festival L.A. has sent us a message about GoE Bridging the Bprders Award: “We are grateful to Cinema Without Borders and Go Energistics for celebrating excellence in film making and for their enthusiastic coverage of the films and for the festivals that make it possible for audiences to see the work. Each year their jury chooses films from various festivals to receive their “Bridging The Borders Award” award. This year they have selected the Danish Oscar entry “Another Round” and the Swedish film “Charter” as recipients of the award. Cinema truly crosses all borders in sharing our individual stories and common humanity.”

ANOTHER ROUND (Oscar submission – Denmark)
Directed by: Thomas Vinterberg
There’s a theory that we should be born with a small amount of alcohol in our blood, and that modest inebriation opens our minds to the world around us, diminishing our problems and increasing our creativity. Heartened by that theory, Martin and three of his friends, all weary high school teachers, embark on an experiment to maintain a constant level of intoxication throughout the workday. If Churchill won WW2 in a heavy daze of alcohol, who knows what a few drops might do for them and their students? After positive initial results, the teachers’ little project turns into a genuine academic study, and the group feels alive again; . but as others go off the rails, it becomes increasingly clear that while alcohol may have fueled great results in world history, some bold acts carry consequences. “The best movie ending of the year”—New York; “An exhilarating, existentialist film about day drinking”—Vox; “One of the director’s most absorbing works”—The New Yorker

CHARTER (Oscar submission – Sweden)
Directed by: Amanda Kernell
Following a recent and difficult divorce, Alice has been unable to see her children in months, as her ex-husband keeps them separated while awaiting a final custody verdict in Northern Sweden. But when her son calls her one night, distraught and weeping, she returns to the North in an attempt at reconciliation — only to have her hopes dashed on arrival. In a last and desperate move, Alice abducts her children and flies with them to a charter resort in the Canary Islands. In one last attempt, Alice abducts the children, flying with them to a charter resort in the Canary Islands under the guise of a weeklong vacation. And as the clock ticks down on their discovery, she must do what she can to rekindle her children’s love and trust, before losing them completely. “A gutsy, discomforting look at some imperfect mothering.”—The Hollywood Reporter 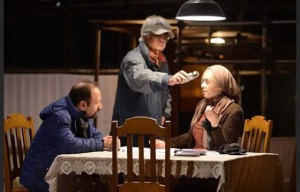 Hossein Jafarian
Hossein Jafarian is a graduate of NIRT’s School of Television and Cinema. He began his career working for Iranian state-run television where he shot over 40 documentaries and TV shows before retiring early soon after the 1979 Islamic Revolution. His feature film debut was with 1984’s Tatooreh. But it wasn’t until 1992’s Nargess that he established himself as a leading cinematographer in Iran. Jafarian has a distinctive style of his own. His work draws comparisons with the American cinematographer Gordon Willis for his use of darkness and low-key lighting. Many of his films have gone on to win awards at international film festival, including; Abbas Kiarostami’s Through the Olive Trees, Jafar Panahi’s Crimson Gold and Asghar Farhadi’s Fireworks Wednesday and About Elly. In 2018 Mr. Jafarian was invited to join the Academy of Motion Picture Arts and Sciences in the United States – the first Iranian cinematographer to have been invited

For the tenth anniversary of Cinema Without Borders, Bijan has received mbassador of International Cinema Award from South east European Film Festival, Friend of the Festival Award from Polish Film Festival, LA and Gateway to International Cinema Award from Hungarian Film festival. Bijan Tehrani is recently working on a book of his memoir from Cinema in Iran and a docufiction based on 19th century photographs by Sevruguin, the Russian photographer.