You are at:Home»Conversations»A conversation with Rodrigo Garcia

How could I have missed a beautiful film like Nine Lives by Rodrigo Garcia, a film about nine women, in nine episode, happening in real time. How could I have known so little about this great filmmaker? If Rodrigo Garcia was French, now his amazing films were all over the film clubs and film critics would have compete to adiring and analysing them. I am going to write about each one of Rodrigo Garcia very soon and we help you to find them and watch them.  I owe this to myself for my ignorance and not knowing his body of amazing films. Asghar Farhadi is an admirer of Rodrigo Garcia films and before shooting A Separation, he has asked his actors to watch the Nine Lives and learn from performances of the actors in that film.

Rodrigo Garcia is a Mexican film director that has directed a variety of independent films, including the award-winning “Nine Lives”; the three-time Academy Award-nominated feature “Albert Nobbs,” starring Glenn Close; and “Mother and Child,” starring Annette Bening, Naomi Watts and Samuel L. Jackson. In 2000, Rodrigo’s first film as a writer and director, “Things You Can Tell Just by Looking at Her,” won the Un Certain Regard Award at 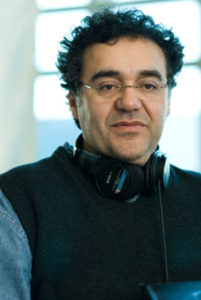